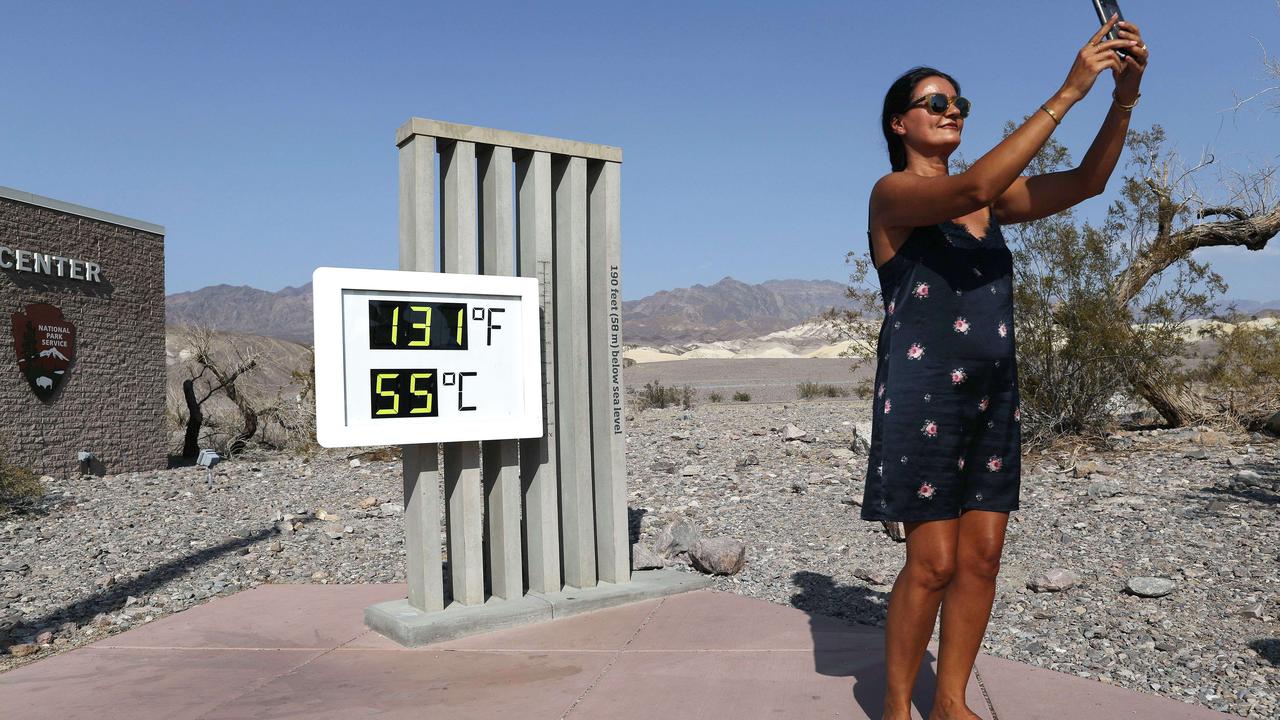 A visitor takes a photo in front of an unofficial thermometer at Furnace Creek Visitor Center on August 17, 2020 in Death Valley National Park, California, US. Picture: Getty Images/AFP

One of the hottest air temperatures recorded anywhere on Earth in at least a century, and possibly ever, was reached on Sunday afternoon at Death Valley in California’s Mojave Desert in the US, where it soared to 54.4C.

An automated observation system run by the U.S. National Weather Service in the valley’s sparsely* populated Furnace Creek reported the record at 3.41pm at the crest* of an extreme heatwave, a more frequent occurrence due to climate change.

It was a dry heat: Humidity fell to 7 per cent. But it felt “insanely hot” all the same, according to meteorologist* Daniel Berc at the weather service’s Las Vegas bureau.

Tourists on Monday took selfies by an outdoor thermometer at the Death Valley visitor centre while avoiding touching metal surfaces with bare skin.

Those who live and work in Furnace Creek, which had a population of 24 in the 2010 census, saw cause for pause in the record.

“We are seeing more records being broken at a daily and monthly level,” said Brandi Stewart, a public information officer for Death Valley National Park who can see the Furnace Creek weather station from her window.

“It is significant that we’re seeing more records breaking.” Climate change has pushed global temperatures to new highs. In Europe, northern Spain broke local heat records in July, while wheat fields in France caught fire. Forests across Siberian Russia are seeing unprecedented* wildfires, while the Arctic sea ice shrank to a record low for July due to melting.

In Furnace Creek, staff and guests at The Oasis hotel were being urged to wear hats and sip water relentlessly* while outside, according to general manager John Kukreja.

He tells guests that extreme heat does strange, deceptive* things to the body.

“You’re going to sweat and the sweat’s going to dry instantly and you’re never going to know you actually felt hot,” he said. “Your hair stands on end. It’s almost like you feel like you’re cold, like goose bumps.”

HISTORICAL RECORDS
A temperature of 56.7C was recorded in Death Valley in July 1913.

Kebili, Tunisia, is said to have hit 55C in July 1931, according to the World Meteorological Organization.

But recent research by Christopher Burt, an extreme weather expert, has led some meteorologists to view these older records as the results of observer error. 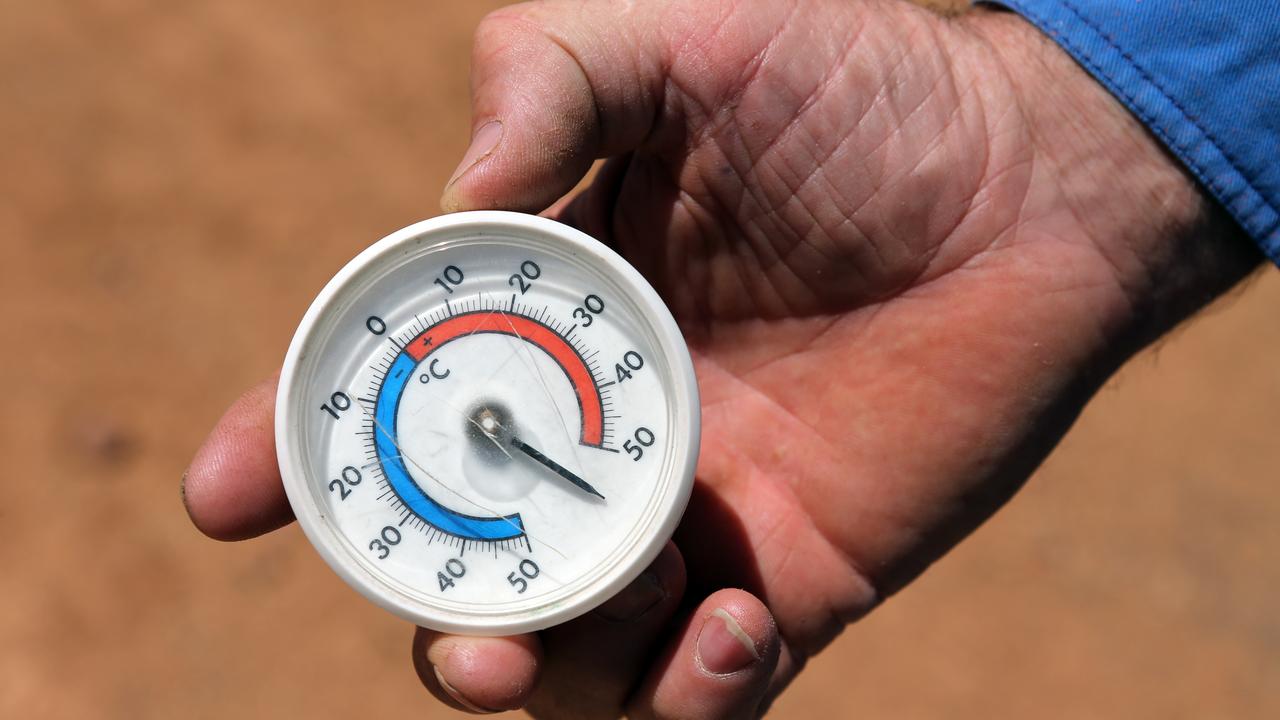 Train lines buckled by extreme heat near Jilalan, south of Sarina, Qld in 1995.

Heatwave Harry? Naming the threat may save lives

Tiger iceblocks and other heat hacks for a hot Earth

CLASSROOM ACTIVITIES
1. Graphing Temperatures
This record high temperature was recorded last Sunday in the US. Create a graph showing the weather in different parts of the world last Sunday (use the chart below for your information).

Write 5 statements about what this graph tells you simply by looking at it.

Your graph should be clearly labelled and visually appealing so the information is easily interpreted and understood.

2. Extension
List the possible reasons why Furnace Creek is sparsely populated and only had a population of 24 people in the 2010 census?

What would be the advantages and disadvantages of living in a place like Furnace Creek?

HAVE YOUR SAY: What did you do on the hottest day you remember?
No one-word answers. Use full sentences to explain your thinking. No comments will be published until approved by editors.