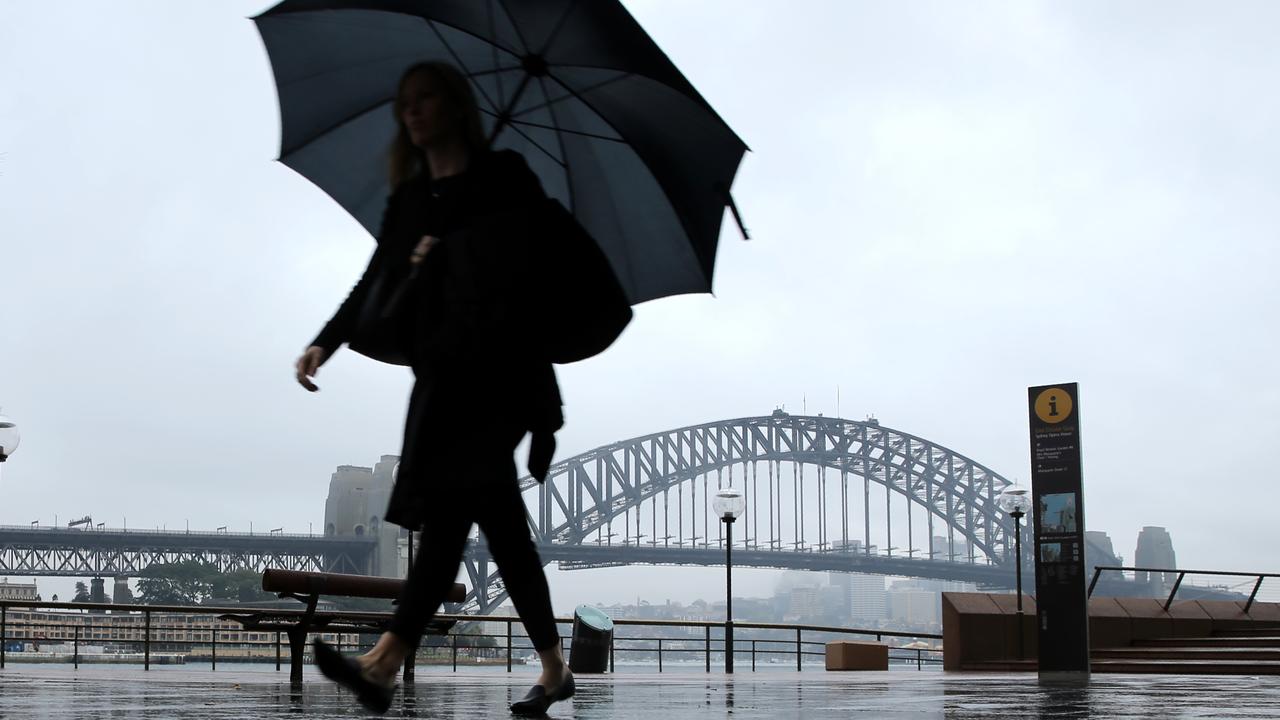 The Bureau of Meteorology is tipping a wetter than average winter for much of Australia. Picture John Grainger

Australians are in for a soggier* than usual winter, with cooler than average daytime temperatures but warmer nights.

That’s the forecast* from the Bureau of Meteorology which has released its outlook* for winter.

“Most areas of mainland* Australia are showing a better than 70 per cent chance of having a wetter than average winter,” said Dr Andrew Watkins, the bureau’s manager of long-range forecasting.

That’ll be good news for large areas of the country still affected by drought and it will also cause some relief for firefighters, as a good soaking of moisture over winter should lead to a more manageable bushfire season. 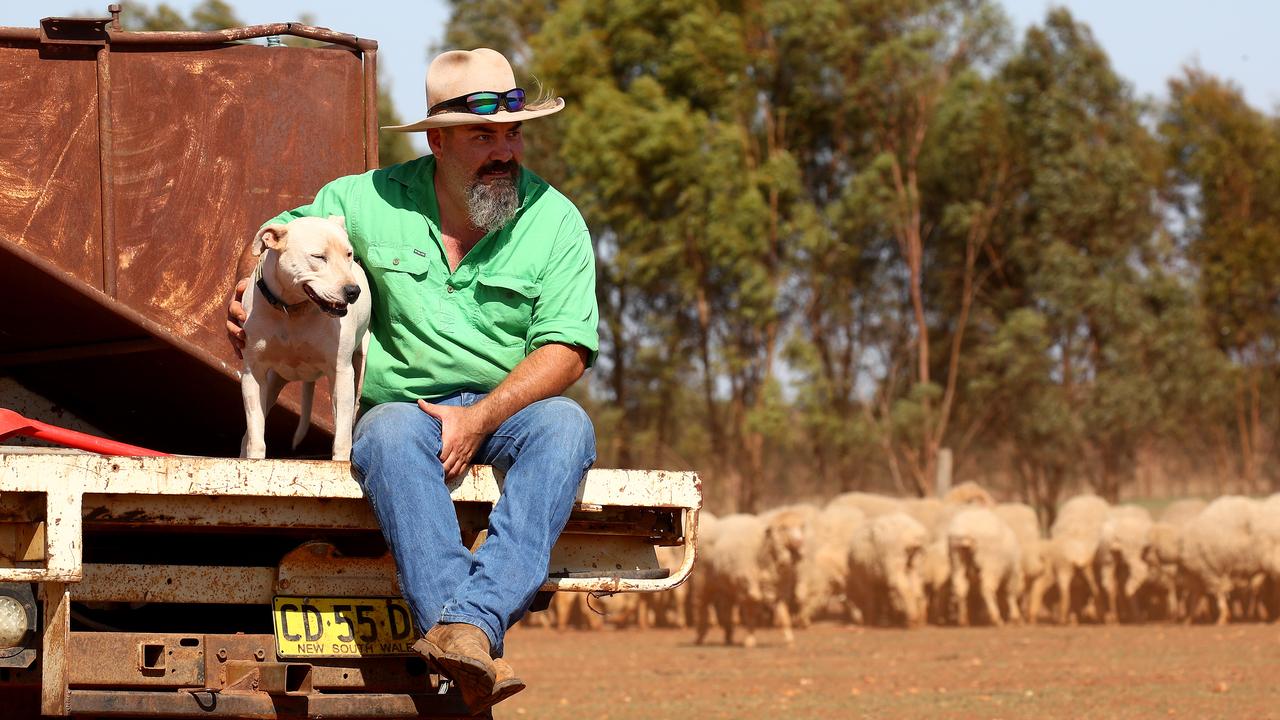 More rain will be good news for areas of the country affected by drought. Picture: Toby Zerna

It will be a big change from current rainfall levels, which nationwide are 20 per cent below average, driven by dry conditions in Western Australia.

“When warm sea surface temperatures occur closer to Australia, weather patterns shift towards us too, favouring more cloud and rainfall across the country,” he explained.

“This was the last time we saw tropical moisture from the northern Indian Ocean deliver good winter rainfall to large parts of Australia,” he said. 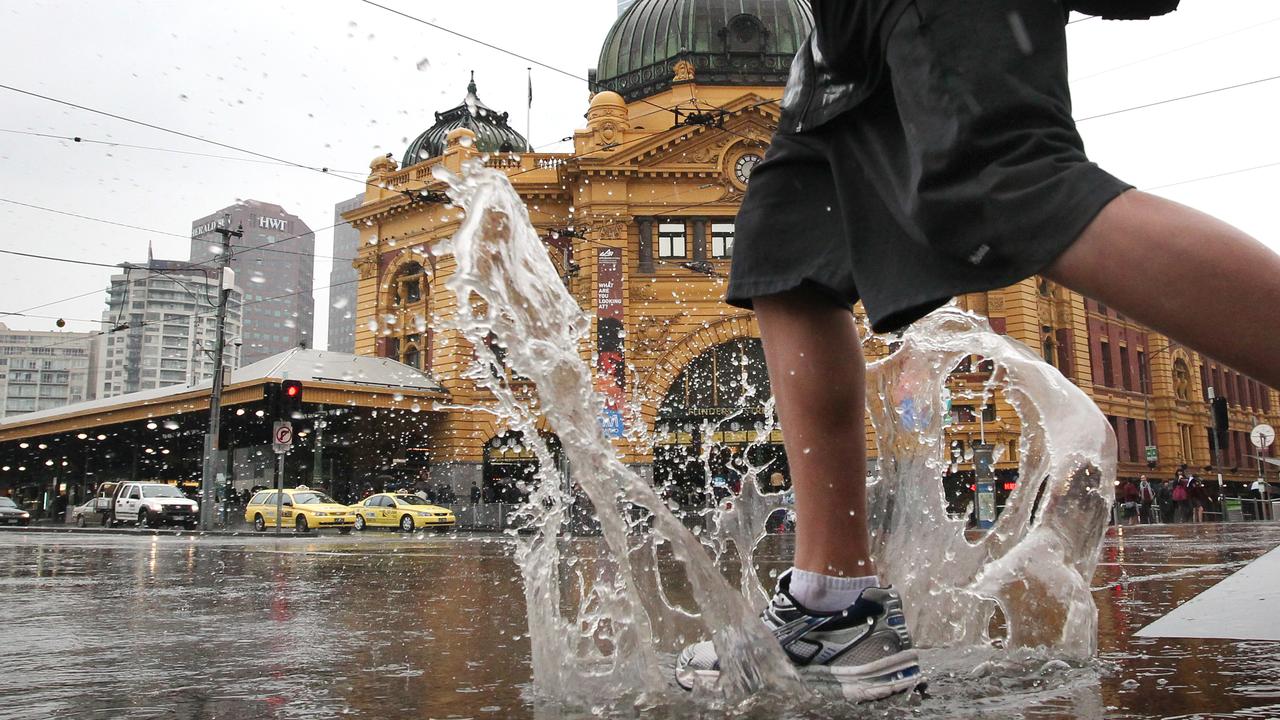 Melbourne has already had a wet autumn and winter could be the same.

The bureau said a change in the Indian Ocean Dipole was expected to increase moisture levels over Australia during winter.

For rain to form it needs clouds, which then act like a blanket during the winter months. In the daytime, the cloud cover can lead to cooler temperatures as the sun struggles to reach the ground. At night, it stops the heat from escaping and the temperature from falling. Rain clouds gather over Adelaide. The weather bureau expects a change in the Indian Ocean Dipole to increase cloud and rainfall across Australia. Picture: Emma Brasier/AAP

But residents in some of Australia’s most populated areas — east of the Great Dividing Range — could miss out on the extra rain.

That extends to eastern Victoria and Tasmania and parts of southwest WA. All could have more usual winter conditions as wetter conditions peter* out.

“Parts of Northern Australia are also showing no strong push towards wetter than average conditions, but this is typically the dry season anyway,” Dr Watkins said.

Autumn Weather: Will Australia experience a reprieve after a wild Summer?

Looking back at autumn, preliminary* data showed much of northern and Western Australia had a warmer than average season despite periods of very cold weather.

Yet most of southeastern Australia had a cooler than average season.

Autumn rainfall was above average through most of the southeast and parts of Central Australia and northern WA.

But conditions were drier than average through most of southeast Queensland, parts of northeast NSW and large parts of WA.

CLASSROOM ACTIVITIES
1. Present the weather
On a sheet of poster paper, draw a map of Australia and label the specific locations that are mentioned in the article. Add any additional symbols to your picture that you think may help with explaining what is predicted to happen. Attach your poster to a wall, stand in front of it and give a television weather forecast that explains in your own words the most important parts of the information presented in the story.

VCOP ACTIVITY
As Cold As Ice
Have a look outside the closest window to see what the weather is like. Write a detailed description of what you see, hear, feel and possibly smell.

Can you include any comparisons? Are you inside in the warm, when outside is pouring? Or maybe you are feeling a bit chilly, but it looks sunny outside?

When you have finished, read back through and highlight any adjectives (describing words) in yellow.

If they are pretty basic and you think you could think of better words, try and up-level them. Re-read again to check it all flows and makes sense before sharing with a partner.

HAVE YOUR SAY: What is your favourite season and why?
No one-word answers. Use full sentences to explain your thinking. No comments will be published until approved by editors.