An expeditioner jumps into an ice hole to celebrate the winter solstice at Davis Station in the Antarctic on June 21, 2009. Picture: AFP

Thursday, June 21, is the shortest day of this year.

So if you’re having trouble getting out of bed at the moment, it’s not all your fault — let’s blame the Earth, the sun and the universe!

The shortest day is called winter solstice — solstice means sun — and is the day of the year the southern hemisphere* is farthest from the sun. The shortest day means long nights. And all that darkness can make it hard to get up in the morning. Summer solstice — the longest day of the year and the shortest night — happens in the northern hemisphere at the same time.

Each year the solstice falls between June 20-22 for the southern hemisphere.

After the winter solstice, the days get longer as the Earth continues to orbit* and the southern hemisphere gets closer to the sun each day as it approaches the December summer solstice.

Summer solstice is between December 20-22.

Humans have celebrated solstice for many thousands of years. In ancient times, it must have been a relief to know that the days were beginning to get longer and warmer and spring and summer were on their way.

SOLSTICE AROUND THE WORLD

ANTARCTICA: Australians living at Antarctica’s Davis research station strip off and have an icy swim. They’re only in the water for a few seconds as the water is about minus 1.8C.

PERU: This Incan* celebration is a time of feasting in honour of the sun god and happened in ancient times before Spanish conquerors arrived. The Spanish banned the celebration but it was revived* in the 1900s.

IRAN: The Persian festival Yalda, or Shab-e Yalda is a celebration of the winter solstice in Iran that started in ancient times. It is a celebration of the victory of light over dark, and the birthday of the sun god Mithra. Families celebrate together with special foods like nuts and pomegranates and some stay awake all night long to welcome the morning sun. As Iran is in the northern hemisphere, this happens in December.

NORTH AMERICA: Soyal is the winter solstice celebration of the Hopi people of northern Arizona. At the time of the solstice, Hopi welcome the kachinas, or protective spirits, from the mountains. People dance and give gifts. This is in the northern hemisphere, so it happens in December. 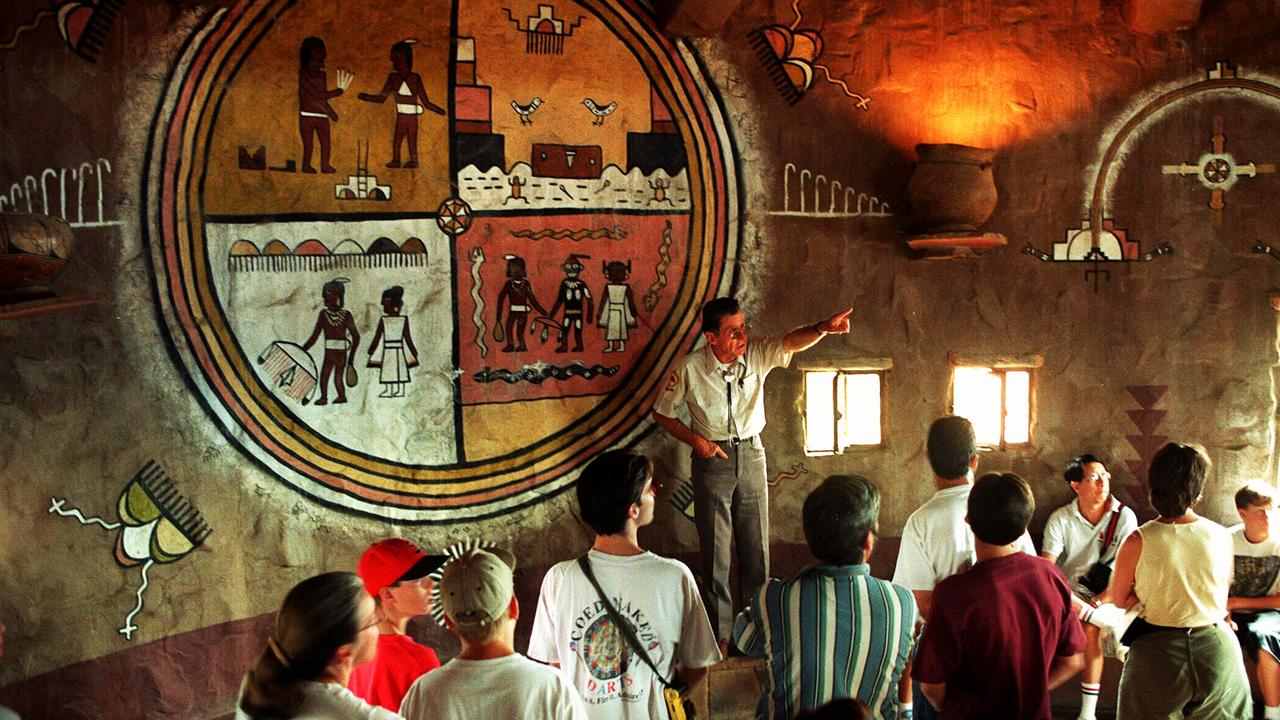 SCANDINAVIA: Saint Lucia’s Day is a festival of lights celebrated in Scandinavian countries such as Norway, Sweden, Iceland, Denmark, Greenland and Finland at winter solstice, in December. Older Norse* solstice traditions, such as lighting fires to ward off spirits, have been included in modern celebrations. Girls dress up in white gowns with red sashes and wear wreaths* of candles on their heads in honour of Saint Lucia.

CHINA: Dong Zhi means the arrival of winter. It is thought to have started as an end-of-harvest festival, with workers returning from the fields and enjoying the fruits of their labours with family. Special foods, such as tang yuan (glutinous rice balls), are part of the celebration. ENGLAND: Stonehenge was an important location for winter and summer solstice celebrations for ancient people. Archaeologists think people held huge feasts for winter solstice around Stonehenge. The summer solstice sun rises exactly behind the big Heel Stone and the sun shines into the centre of the ring of stones. There are still big winter and summer celebrations at Stonehenge and people travel from all over the world to join the party.

In the story you have read about the ways people celebrate the solstice in different parts of the world. What do you think your local community or school could do to celebrate the solstice? Create a program of special activities and design a poster that encourages people to come and join in.

Extension: It can be hard to get out of bed on winter mornings! Write a list of 10 tips to help parents encourage their kids to get up on time. Use your imagination and try some creative and fun ideas!

HAVE YOUR SAY: Can you think of any reasons to celebrate winter and summer solstice in modern times? How would you celebrate? Explain your answer using full sentences.