The extraordinary sight of a beach full of ice eggs was captured on Hailuoto Island in Finland. Picture: Risto Mattila

Thousands of bizarre* “ice eggs” have covered a beach in Finland during a rare weather event.

The egg-shaped balls of ice have been pictured covering the entire Scandinavian beach on Hailuoto Island in the Gulf of Bothnia.

The extraordinary sight was captured by amateur* photographer Risto Mattila.

Experts say it is caused by a rare process in which small pieces of ice are rolled over by wind and water.

Mr Mattila, from nearby Oulu, told the BBC he had never witnessed anything like it.

“I was with my wife at Marjaniemi beach. The weather was sunny, about — 1C and it was quite a windy day,” Mr Mattila said.

“There we found this amazing phenomenon*. There was snow and ice eggs along the beach near the waterline.”

He said the balls of ice stretched over a 30m area with some as big as footballs.

“That was an amazing view. I have never seen anything like this during 25 years living in the vicinity*,” he said. 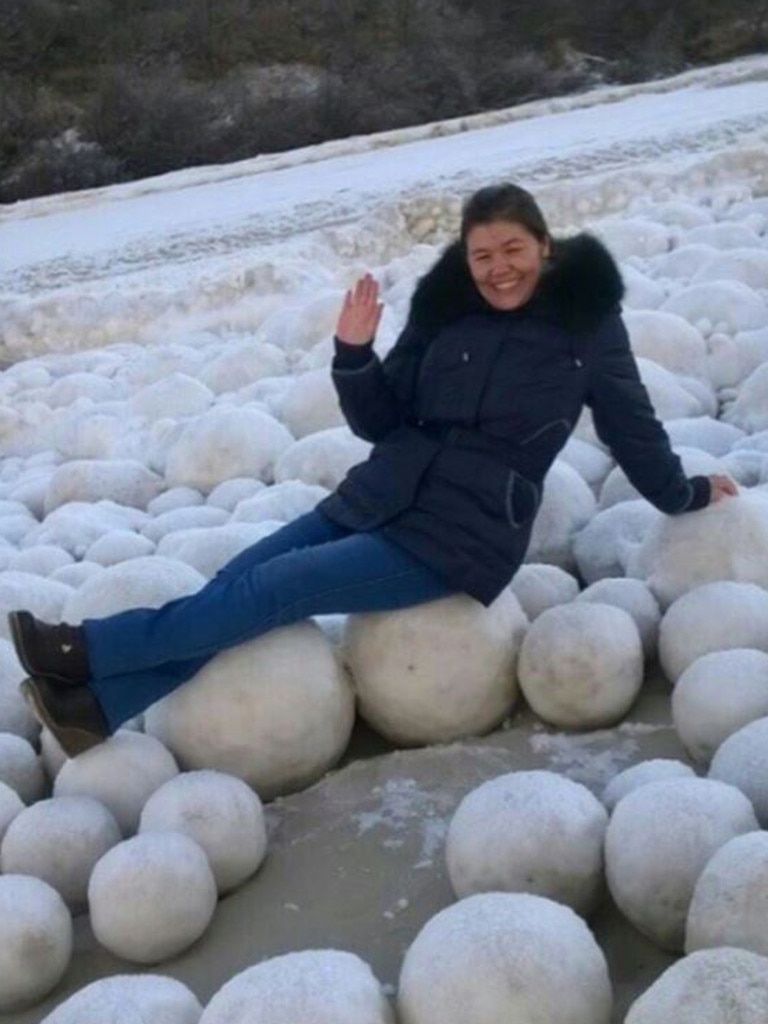 A similar phenomenon happen in Nyda, Siberia, in 2016 when locals posed on the ice balls. Picture: Ekaterina Chernykh

Similar sights have been reported before including in Russia and on Lake Michigan near Chicago.

In 2016, residents of Nyda in Siberia found giant balls of ice and snow covering an 18km stretch of coastline. They ranged from the size of a tennis ball to almost 1m across.

Iceberg the size of Sydney breaks away in Antarctica

HOW DO ICE EGGS FORM?

* This story first appeared in The Sun and has been published here with permission.

Inside the eye of Hurricane Dorian

CLASSROOM ACTIVITIES
1. Act it out
For this activity, you should work in a group of three. Create a short role-play (act it out) that features two friends discovering ice eggs on a beach. In your play, these two friends do not know what the ice eggs are or how they got there. They should share ideas with each other about what they think it might be. (The ideas can be as creative or funny as you like!) Then, a third friend who has heard about the phenomenon joins the group and explains the ice eggs.

2. Extension
Draw a diagram to visually represent how ice eggs are formed. Include as much detail as you can, based on the facts in the news article. Present your diagram to a classmate, explaining how the process works. Answer any question they may ask you.

HAVE YOUR SAY: What is the most unusual weather event you have ever seen? A hailstorm, thunderstorm, tornado or something else?
No one-word answers. Use full sentences to explain your thinking. No comments will show until approved by editors.