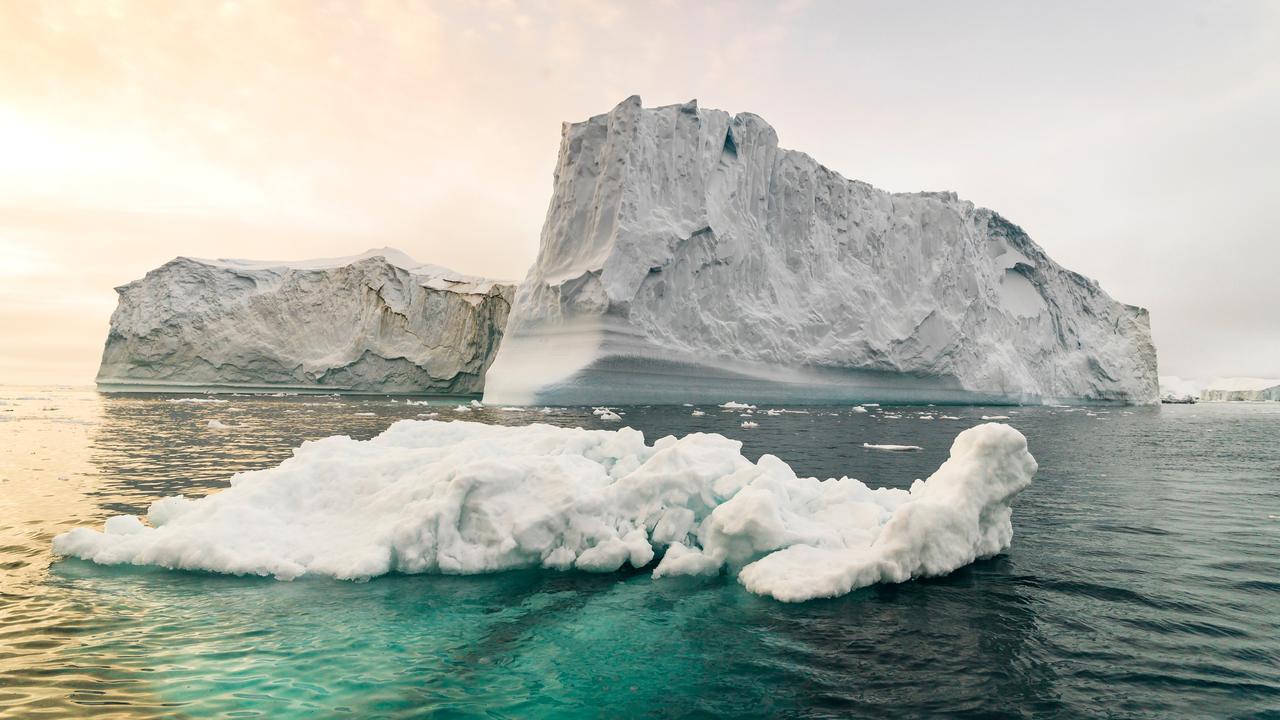 Huge icebergs off the coast of Greenland. Picture: istock

A massive iceberg is drifting off Greenland, which could cause flooding if it breaks up.

Residents of high-risk areas have been evacuated*.

The 100m-high iceberg was spotted on Thursday close to a village on Innaarsuit Island, which is a part of northwestern Greenland.

“We fear the iceberg could calve* and send a flood towards the village,” Lina Davidsen, from Greenland police, told Danish news organisation Ritzau on Friday. There are 169 residents, but only those living closest to the iceberg have been evacuated, Ritzau reported.

“The iceberg is still near the village and the police are now discussing what do to next,” Kunuk Frediksen, a police chief, told AFP.

Susanne K. Eliassen, a member of the village council*, told the local newspaper that it was not unusual for large icebergs to be close to Innaarsuit.

“But this iceberg is the biggest we have seen … and there are cracks and holes that make us fear it can calve anytime,” she said, adding that the village’s power station* and fuel tanks are close to the shore. 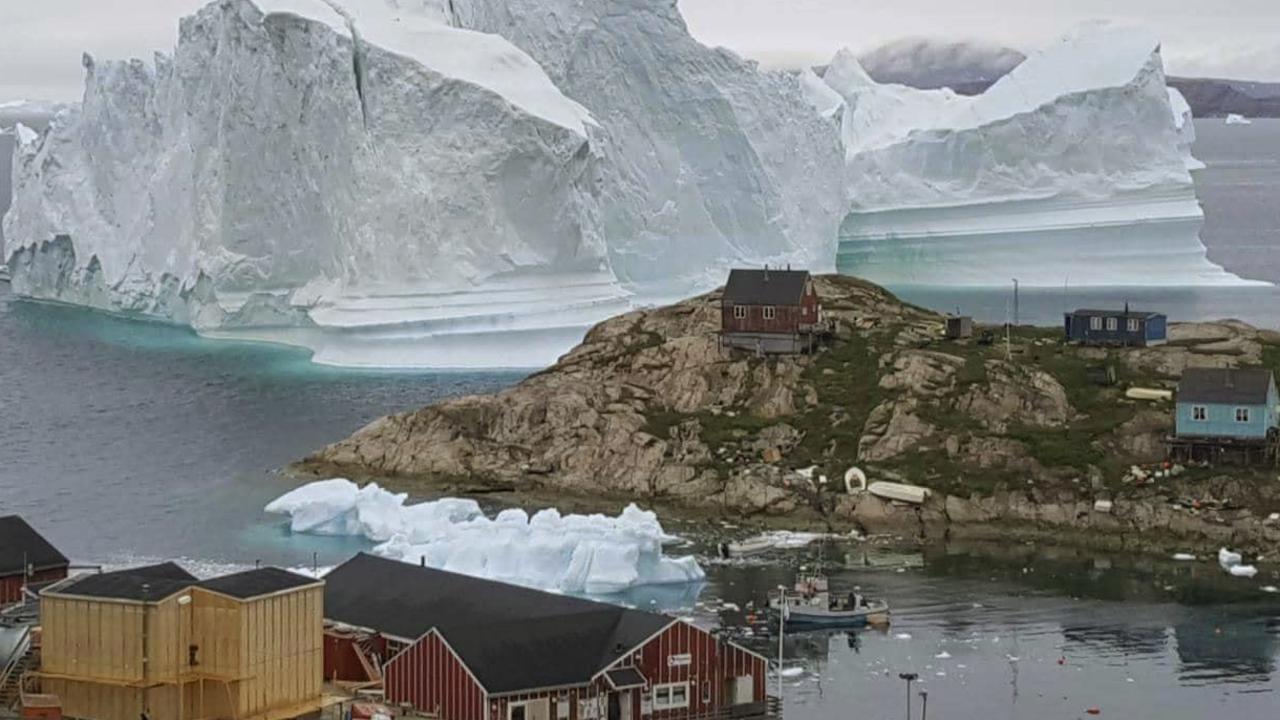 The iceberg next to the Greenland village of Innarsuit. People who live close to the iceberg have been left their homes. Picture: AP

“Nobody is staying unnecessarily* close to the beach and all children have been told to stay in areas that are high up,” Ms Eliassen said.

Scientists at New York University filmed a massive iceberg breaking free from a glacier in eastern Greenland in June.

The New York University film of an iceberg breaking free

An expert warned that extreme* iceberg events will become more frequent*. Icebergs are massive pieces or mountains of floating ice that have broken off a glacier or ice shelf*.

“Iceberg production in Greenland has been increasing in the past 100 years as climate change has become stronger,” William Colgan, senior researcher at the Geological Survey* of Denmark and Greenland, told AFP.

He said the rising number of icebergs are in turn “increasing the tsunami hazards*”. When icebergs first break away from a glacier or ice shelf or when they then break into pieces they move so much water they can make a big and dangerous wave, often called a tsunami or tidal wave. These big waves can flood coastal* land. Giant hole opens up in Antarctica

CLASSROOM ACTIVITIES
1. Spread the news
Imagine you were delivering the news of this iceberg’s size and location to the village on Innaarsuit Island via television news. You need to provide the facts about the iceberg and the danger it presents to the village without creating panic among the residents.

Write a script for the TV news that you would deliver. Practise reading your script adding expression to your voice. When you are confident with it present your news bulletin to your class.

2. Extension
Use the article and further research to find out about Greenland. Create a Venn Diagram to compare and contrast Greenland and Australia.

3. Extension
Watch the video provided of an iceberg calving. It is an impressive sight to see (and hear). Write a paragraph describing what you see on the video to someone who hasn’t seen an iceberg carve. There’s no sound on this video but you can imagine what you could hear if you were actually there. Use lots of adjectives, similes and metaphors to describe the event.

QUESTION: What ideas do you have for ways to keep people who live near the Greenland coast safe from icebergs and big waves in the future?
Explain your answer using full sentences.