It was a wet walk home from school for many Sydney students on March 8, including here in North Manly on the northern beaches. Picture: Tim Hunter

With thousands of residents already forced to leave their homes amid flood alerts, some are now predicting* the deluge of heavy rainfall across New South Wales could last until August.

According to the Bureau* of Meteorology* (BOM), heavy rain fell across the Hunter, Central Coast, Sydney, Illawarra and south coast on Tuesday, with up to 100mm of rain recorded in Sydney’s northern suburbs alone.

Homes, businesses and roads have been flooded while some rivers are still rising, as an east coast low off the Hunter coast is expected to intensify* further while slowly moving southward. 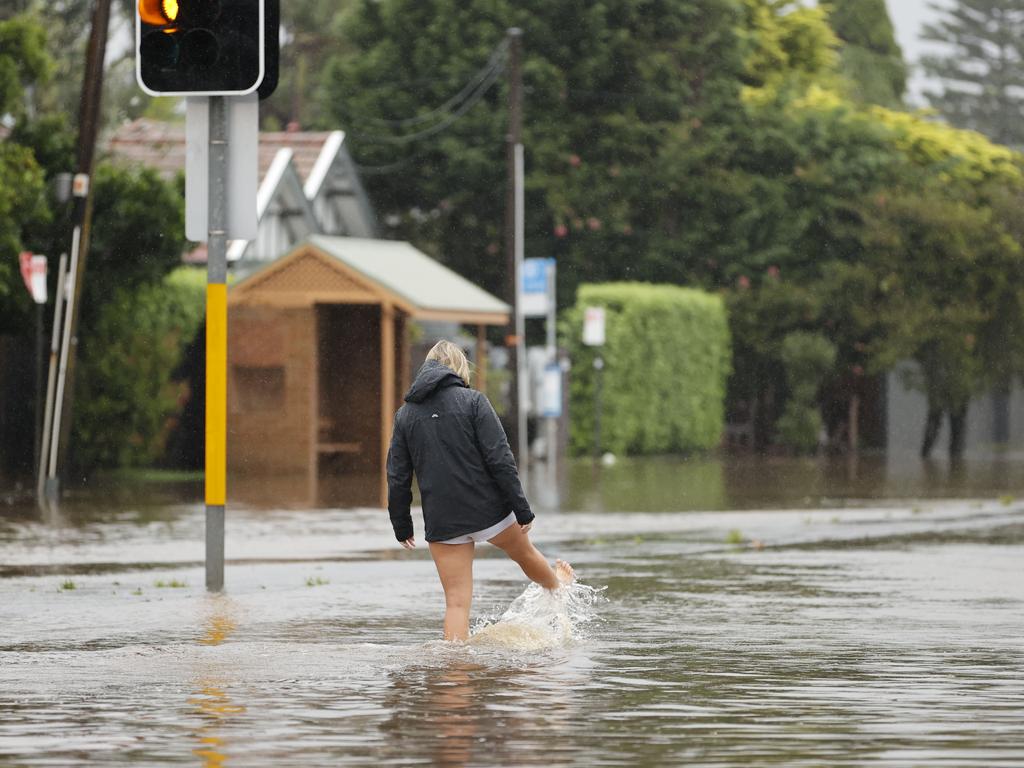 Sydney was hit by another sustained deluge on Tuesday, but experts predict residents have not seen the last of the rain. Picture: Tim Hunter

And University of Sydney climate expert Dr Nandini Ramesh told the ABC some parts of Sydney would not get a break until August.

“Forecasts for the La Niña* event say that it’s going to persist until May. But then the wintertime (after that) is when we get most of our rain,” said Dr Ramesh.

On Tuesday, numerous flood warnings from BOM remained in place across eastern NSW, along with severe weather warnings and hazardous* surf warnings.

Thunderstorms are expected over the northeast until the middle of the week, with severe thunderstorms possible on Wednesday.

On Tuesday, more than 50,000 people were ordered to evacuate* their homes across NSW and a further 18,000 remain on alert as the state braces for another day of extreme conditions. 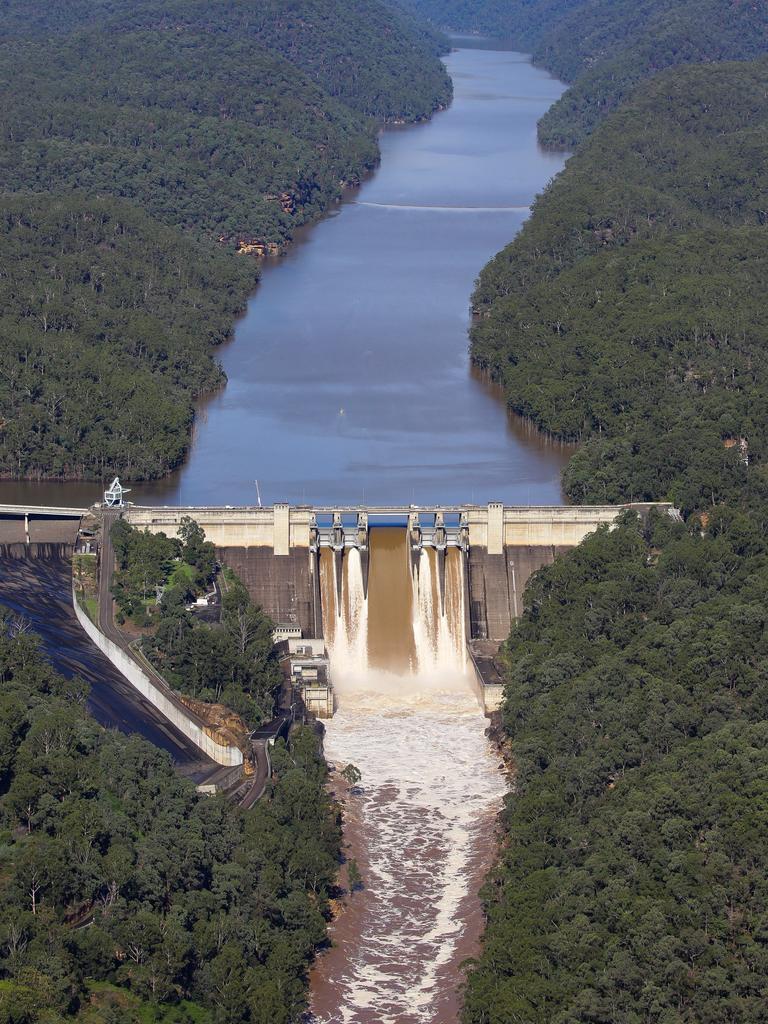 Overnight, land slippages threatened some homes, hundreds of cars became trapped on flooded roads and evacuation orders were issued as floodwaters continued to rise across Sydney’s northern and western suburbs, the Hunter Valley and Kempsey.

Flood levels in parts of the NSW capital are expected to reach new highs not seen since March 1978, with more than 65 evacuation orders now in place.

An east coast low has continued to deepen off the Hunter coast and tracked to the south-southeast overnight, and was expected to continue into Wednesday. Strong, gusty southerly winds of up to 90km/hr developed, with a severe weather warning for damaging winds in place for people in Illawarra and parts of the Hunter, metropolitan, south coast, Southern Tablelands and Snowy Mountains forecast districts. Residents have been urged not to travel, to work from home and avoid driving or using public transport where possible.

Communities should be prepared for flood impacts and are encouraged to keep up to date with the latest forecasts and warnings on the Bureau’s website and the BOM Weather app and always follow the advice of emergency services.

School’s out as Qld floods cause havoc

2. Extension
What could you build or change around your school to make it flood proof? Create a design. Don’t forget to write an explanation of the features that will help make the school flood proof.

VCOP ACTIVITY
Clean up Sydney campaign
Many Sydney businesses and residents have now been affected by the floods. It’s not just the water coming in that’s a problem, it’s also what happens when it subsides. A lot of dirt and debris has been washed into shops, streets, yards and houses. Along with that, many items are now flood-damaged, which means that mould will grow and the items are no longer safe to keep using.

Sydney residents are going to need help cleaning up the affected areas. Create an advertisement asking for volunteers to join the “Clean up Sydney” campaign. Remember to think about some jobs they might need to do: sweeping, mopping, rubbish removal, etc. Include a list of equipment that volunteers could bring to help with their clean up.

Create a few dates and times that would allow everyone to work together to be the most effective.

Decide how you are going to get the word out. Will it be a radio ad, print media or television? Create the ad to suit. If you are thinking radio or television is best, why not have a go at recording your ad as well? If not, you will at least need the script to go with it.