Warm isn’t how you would usually describe the weather at the Argentinian Esperanza station on Antarctica. The temperature here on February 6 was recorded as 18.3C, which would be the hottest Antarctic day ever recorded. Picture: AFP

The temperature in northern Antarctica has hit 18.3C, thought to be a heat record on the continent best known for snow, ice and penguins.

The temperature was recorded on Thursday, February 6 at an Argentine research base and still needs to be verified* by the World Meteorological* Organisation.

“Everything we have seen thus* far indicates a likely legitimate* record,” Randall Cerveny, who researches records for the organisation, said in a statement. He added that he is waiting for full data to confirm.

The research base, called Esperanza, sits on a peninsula* that juts up towards the southern tip of South America. The peninsula has warmed significantly over the past half century — almost 3C, according to the World Meteorological Organisation.

Cerveny said the unusually high temperature was likely due, in the short term, to a rapid warming of air coming down from a mountain slope. 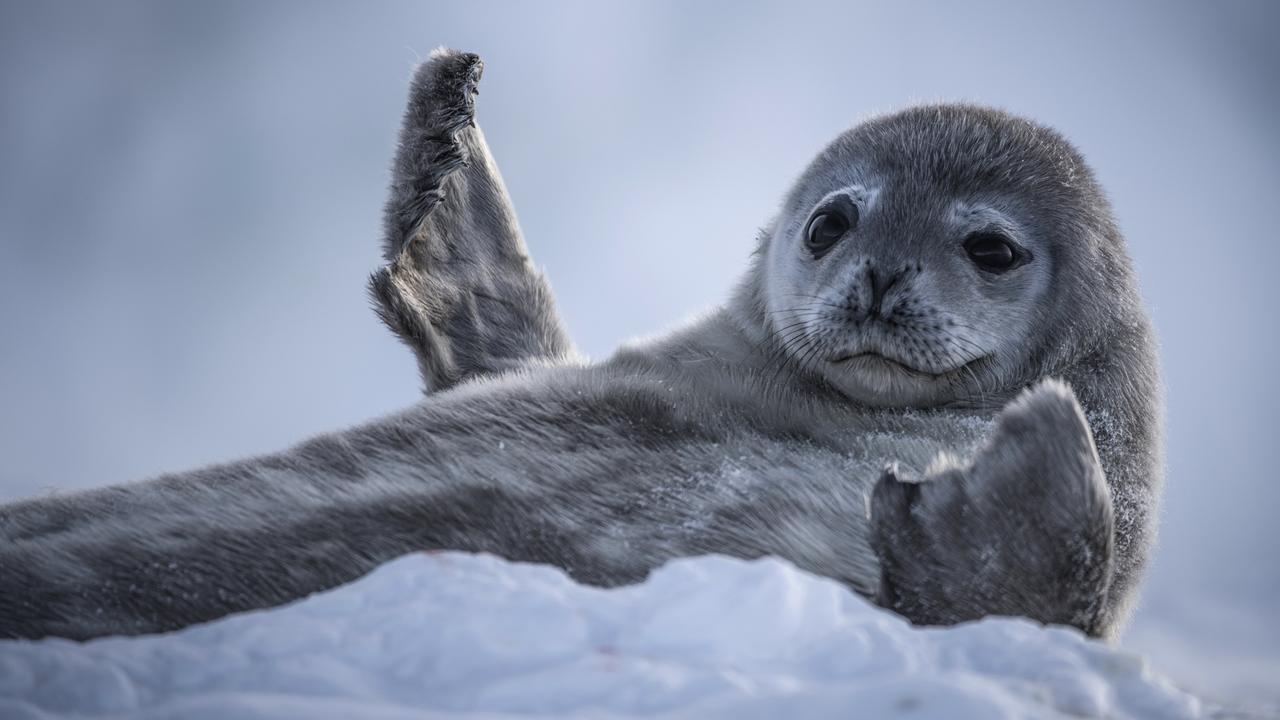 Weddell seal pups are born straight onto the ice and snow and are used to much colder weather than 18.3C. Picture: from the documentary Seven Worlds, One Planet: Episode 1, Antarctica

Climate change is heating up Antarctica and the Arctic — the Earth’s polar regions — faster than other regions of the planet.

The Arctic is warming more than twice as fast as the rest of the globe, according to an annual report published in December by the US National Oceanic and Atmospheric Administration. There is no similar yearly report for Antarctica. 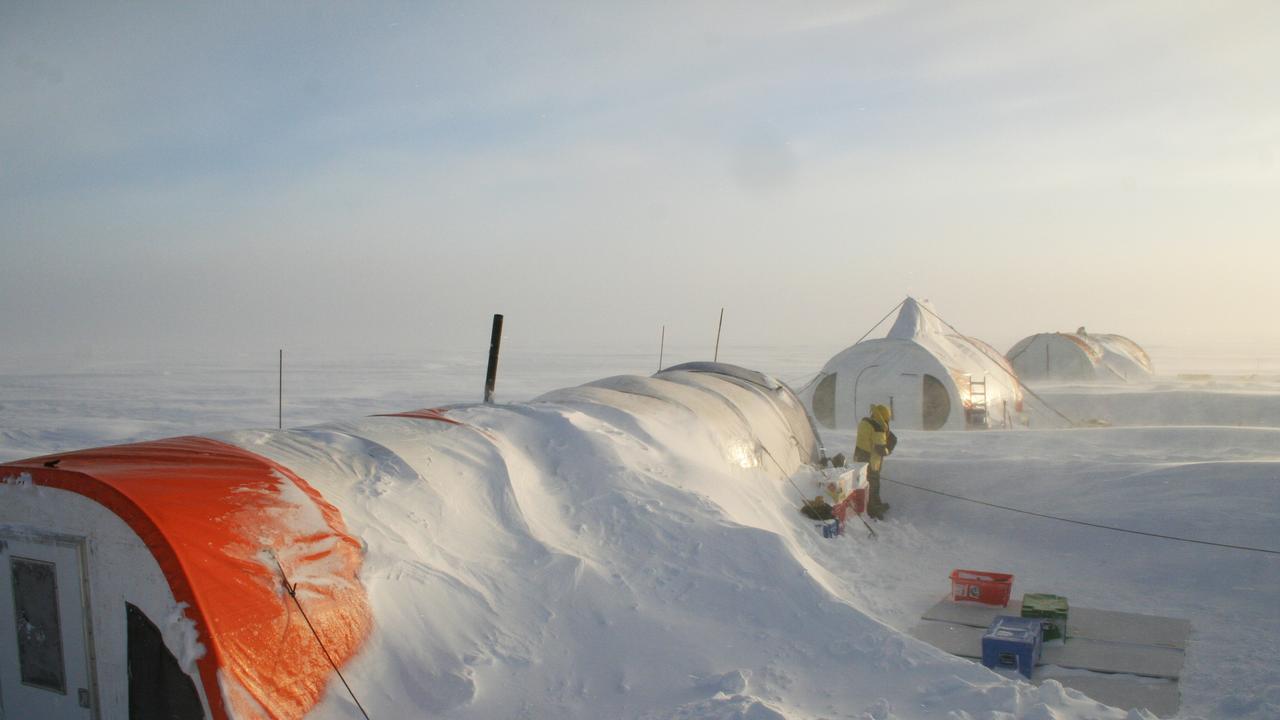 ANTARCTICA’S WEATHER
The average annual temperature ranges from about −10C on the Antarctic coast to −60C at the highest parts of the interior.

Near the coast the temperature can exceed* 10C at times in summer and fall to below −40C in winter. Over the elevated inland, it can rise to about −30C in summer but fall below −80C in winter. Explorer Syd Kirkby tries to walk through an Antarctic blizzard in 1997.

There is sometimes rain on the Antarctic coast but most precipitation* is in the form of snow or ice, equal to about 150mm of water a year.

Wind gusts well over 200kmh have been recorded. Two members of Douglas Mawson’s Antarctic expedition battle through a blizzard to reach their winter quarters in 1911.

thus: as a result of

legitimate: following the law or rules

peninsula: land jutting out from a mainland, mostly surrounded by water

exceed: be greater in number or size then

precipitation: rain, snow, sleet or hail that falls from the sky

What high temperature was recorded on February 6, 2020?

What job does Randall Cerveny do?

What are Earth’s two polar regions called? Which is closest to Australia?

What is the world’s lowest recorded temperature?

How much rain, ice or snow is there each year in Antarctica?

CLASSROOM ACTIVITIES
1. Weather Report
Write a script for a comprehensive television weather report that could have been delivered from Antarctica on Thursday February 6, 2020. Use the information in the article to help you. Include in your report what the weather is like today (February 6), what is exceptional about this and what might be the likely causes for this unexpected weather (both short-term and long-term causes). You can begin your weather report with something lighthearted about the unusual weather, then be sure to inform your viewers of the serious concerns about the impact this weather may have not just on Antarctica but the rest of the world as well.

2. Extension
Why are rising temperatures on Antarctica so concerning?

Create a flow chart of what impact rising temperatures could have on Antarctica which could in turn have an impact on the rest of the world.

Your flow chart could have many branches with different effects that stem from the temperatures rising in Antarctica.

There are examples of the double comma trick being used within the article. See if you can find them.

To check, you can cover up the information in between the commas and re-read the sentence to make sure it’s still a complete grammatically correct sentence.

Here is an example:

My brother, who is 3 years older than me, lives on the older side of Australia with his wife and 2 children.

The ‘who is 3 years older than me’ is not essential to the sentence, but the author feels is important information the audience should know.

Once you have found some examples in the text, see if you can create one of your own.

HAVE YOUR SAY: What would you like to see or do if you visited Antarctica?