The first-ever global internet rule book is designed to protect people’s rights and help everyone make the internet a better place.

It is designed to protect people’s privacy and stop or limit fake news, election interference, spying and censorship*.

The contract seeks commitments from governments and business to make and keep knowledge freely available, which was Sir Tim’s vision when he designed the World Wide Web 30 years ago. Hundreds of organisations, including Google and Facebook, have already signed the contract, which sets out nine key principles*.

“The power of the web to transform people’s lives, enrich* society and reduce inequality is one of the defining opportunities of our time,” Sir Tim explained.

“But if we don’t act now, and act together, to prevent the web being misused by those who want to exploit*, divide and undermine*, we are at risk of squandering* that potential.

“The Contract for the Web gives us a road map to build a better web. But it will not happen unless we all commit to the challenge.

“Governments need to strengthen laws and regulations* for the digital age. Companies must do more to ensure pursuit of profit is not at the expense of human rights and democracy*.”

Google and Facebook – businesses based on collecting and sharing information about people — helped pay for and develop the contract with the World Wide Web Foundation, of which Sir Tim is a founder. Many people blame big companies such as Google and Facebook for making the negative aspects* of the internet worse. 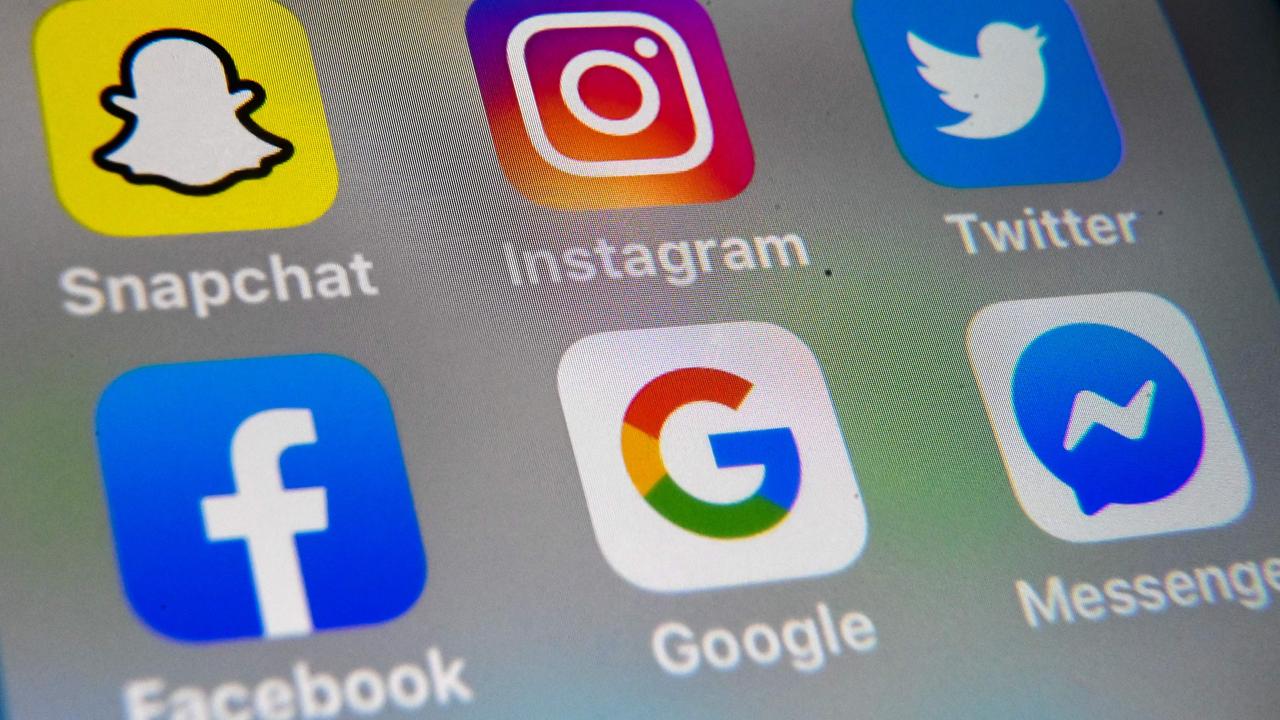 The logos of mobile apps Instagram, Snapchat, Twitter, Facebook, Google displayed on a tablet. Many people blame big companies such as Google and Facebook for making the negative aspects of the internet worse. Picture: AFP

Global human rights organisation Amnesty International, for instance, just released a report charging that Google and Facebook’s business models are based on the abuse of human rights.

The contract is non-binding, which means it would need to be backed up by laws to make sure citizens, businesses and governments actually do what they have agreed to do when they signed the contract.

The contract sets out a framework for future laws and suggests independent regulators* would be available to the public to help people get justice if it is found that someone has not followed the rules of the contract.

Sir Tim said getting big technology companies such as Google and Facebook involved from the start was vital* to the success of any contract, adding that both companies had asked to be involved.

“We haven’t had a fairly complex, fairly complete plan of action for the web going forward,” Sir Tim said. “This is the first time we’ve had a rule book in which responsibility is being shared.

“We feel that companies and governments deserve equal seats at the table* and understanding where they’re coming from is equally valuable,” he said. “To have this conversation around a table without the tech companies, it just wouldn’t have the clout* and we wouldn’t have ended up with the insights*.”

The non-profit World Wide Web Foundation’s top donors include the Swedish, Canadian and US governments.

One of its biggest challenges is the increasing influence and control of the internet by governments, including of China, Russia and Iran. A Chinese flag flying next to the Google company logo outside the former Google China headquarters in Beijing in 2010, when Google stopped operating in China due to government censorship and hacking. Picture: AFP

CONTRACT FOR THE WEB
The contract sets out nine key principles to agree to.
For governments:

There is more information at contractfortheweb.org The Contract for the Web calls on citizens to be creators and collaborators, build strong communities that respect civil discourse and human dignity and fight for the web.

Media unites in fight against secrecy

CLASSROOM ACTIVITIES
1. Internet rule book
Work with a partner to create a mini version of the global rule book outlined in the Kids News article. Your booklet should contain the nine principles, but put those principles in kid-friendly language with a little extra explanation so younger students can understand the rules for using the internet.

Decorate your booklet and some other classes in your school might let the students in the class read this new rule book. Maybe you could even talk to another class to explain how this came about.

2. Extension
Principle 9 is “Fight for the web” and it’s a rule for citizens. In one paragraph explain what you think this might mean or relate to.

HAVE YOUR SAY: Would you sign or agree to the Contract for the Web? Do you think it is a good thing? Do you think it will make the internet better?
No one-word answers. Use full sentences to explain your thinking. No comments will be published until approved by editors.