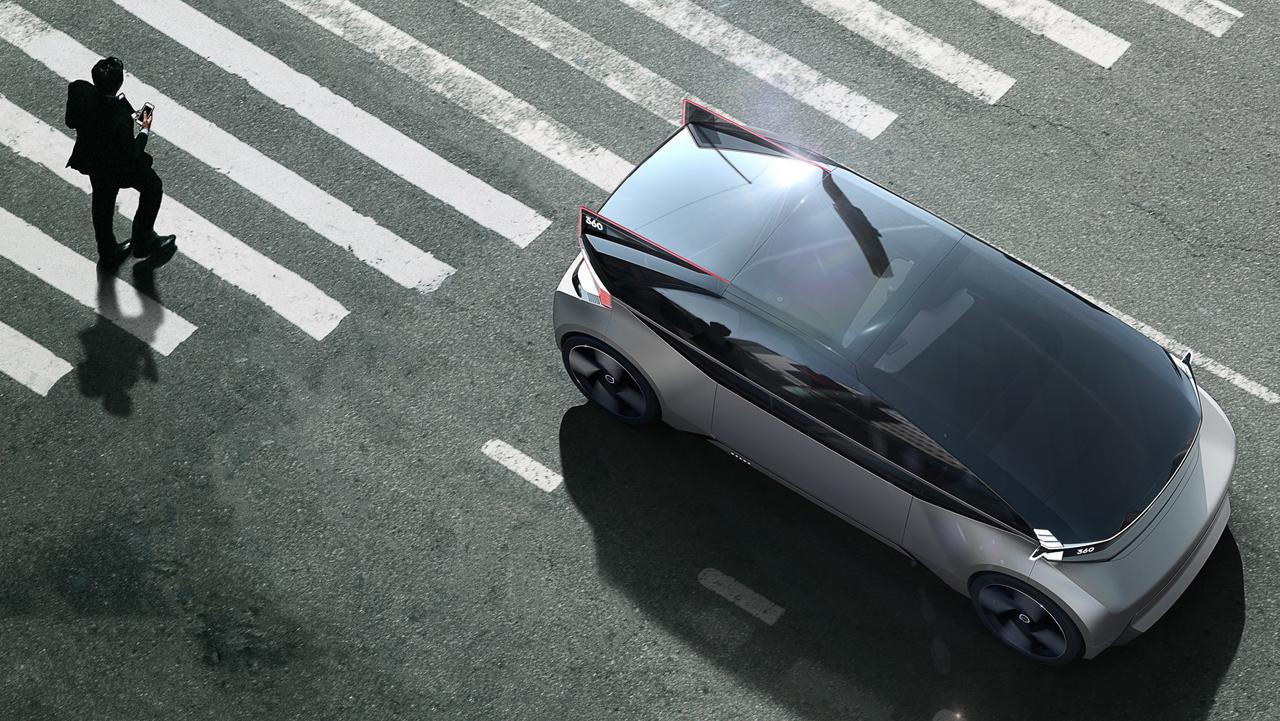 Short-distance flights across Australia could become a thing of the past if a global carmaker succeeds in replacing them with sleep-pod cars that drive themselves.

Swedish car maker Volvo outlined its vision for the future with its 360c autonomous* car concept*. It says short flights such as the one from Sydney to Canberra could be replaced by autonomous cars. The theory is that by the time you catch a cab to the airport, check in and board, an autonomous car on a freeway of the future could provide a quicker and more stress-free alternative*.

The concept explores ideas that such cars could be turned into mobile sleeping cabins similar to business or first-class on planes. Without the steering wheel and driver and passenger seats, there would be also be room for more useful spaces for longer trips. “Domestic air travel sounds great when you buy your ticket, but it really isn’t. The 360c represents what could be a whole new take on the industry,” Volvo executive Marten Levenstam said.

“The sleeping cabin allows you to enjoy premium comfort and peaceful travel through the night and wake up refreshed at your destination. It could enable us to compete with the world’s leading aircraft makers.”

Overnight travel via an autonomous car equipped with a sleeping cabin could revolutionise* travel allowing for greater use of time and resources while reducing road congestion*.

“The business will change in the coming years, and Volvo should lead that change of our industry,” says Volvo’s chief Hakan Samuelsson.

“Autonomous drive will allow us to take the next big step in safety, but also open up exciting new business models and allow consumers* to spend time in the car doing what they want to do.” The autonomous car concept could allow workers to set up an office inside their car.

Volvo has imagined the cabin of autonomous cars being used as a mobile office, making business travel more flexible. This concept would allow for workers to live further out of the city centre but allow them to complete work on their travel time into the office.

The concept explores how to make driverless cars work well with other road users and how to best develop a safe means of communication between autonomous cars and other road users.

During mixed traffic scenarios, when both driverless and human controlled cars are on the road, there will no longer be the ability to make eye contact with all drivers which will remove our ability to judge other motorists’ intentions*.

Volvo has suggested that a combination of lights, audio sounds and gestures* could fill the gap of human drivers.

“We strongly believe this communication method should be a universal* standard, so all road users can communicate easily with any autonomous car, regardless of which maker built it,” says Malin Ekholm the vice president of Volvo’s safety division.

“But it is also important that we do not instruct others what to do next, in order to avoid potential confusion. Our research shows this is the safest way for fully autonomous cars to communicate with other road users.” Land Rover recently created an autonomous concept car that had digital eyes on the front of the vehicle that would make eye contact with other motorists and pedestrians to show its intention to stop.

autonomous: acts on its own

revolutionise: change something in a big way

intentions: plans to do something

gestures: movement to suggest an idea or thought

1. Which three items would be removed to make space for a bed or office?

3. What combination of features in the car does Volvo believe could replace humans?

4. What sort of flights could autonomous cars replace?

5. What did Land Rover introduce on its concept car to improve safety?

The concept of driverless cars especially for long trips interstate might sound a little far fetched but there are some positive points about this idea. Some can be found in the article, you will think of many others. There are also some concerns with this concept such as the impact it will have on the domestic air travel business and jobs may be lost? Many questions will need to be answered before this concept can become a reality. For example – Do you have to wake up to fill up with petrol? Or do you need to wear a seatbelt all the time?

2. Extension:The article states that these cars will “allow consumers to spend time in the car doing what they want to do”. What would you want to do in a car trip from Melbourne to Gold Coast (or any similar distance across Australia)?

Design the inside of a driverless car that would be perfect for you and your family’s holiday travel. Think about how you will cater for all your family’s needs. What will your car look like from the outside? What will the inside be like?