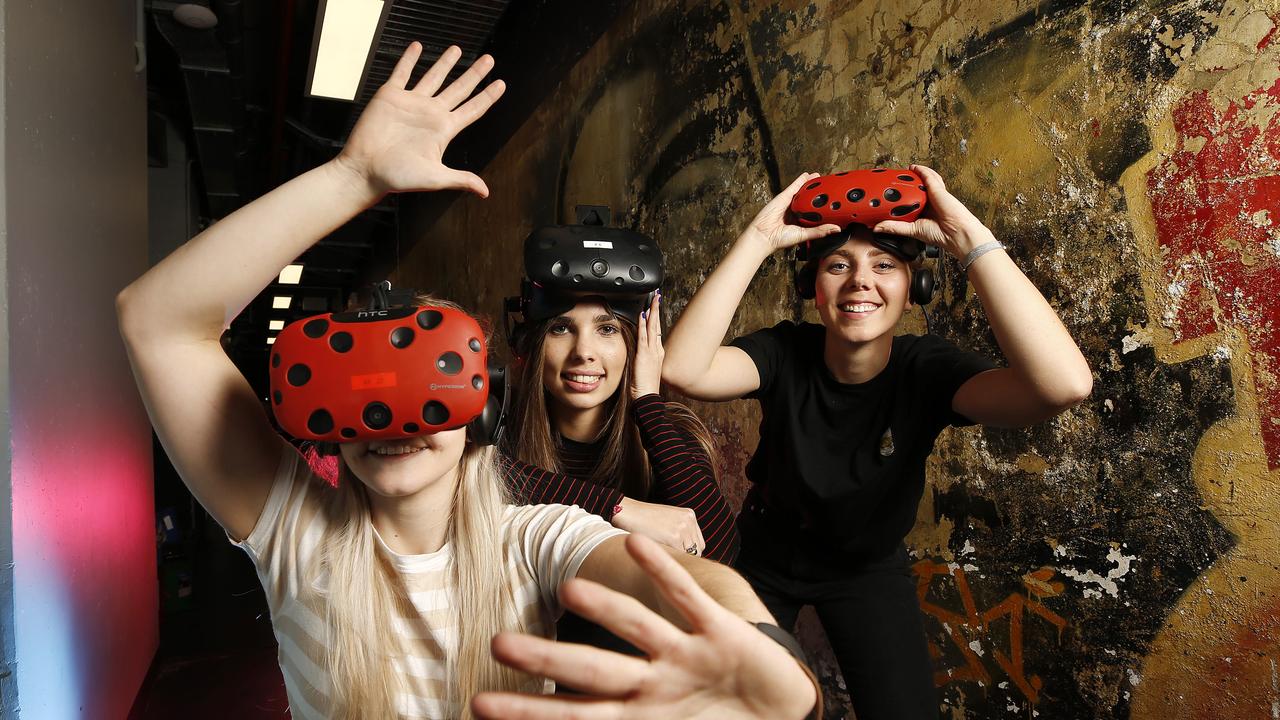 Going to the movies is about to change forever, as virtual-reality* film finally moves beyond being just experimental* technology.

The Australian Virtual Reality Film Festival opens at Brisbane’s Powerhouse in Queensland this week, with short films screening in booths.

“As opposed to a cinema where you would share the space with a hundred or so people and watch the film on the screen, in this case you put on a headset and you are completely enveloped* in the film or the story or the animation where you can look around behind you, you can walk around the characters in some of them and see things that become a discovery of your own rather than being shown,” he said. 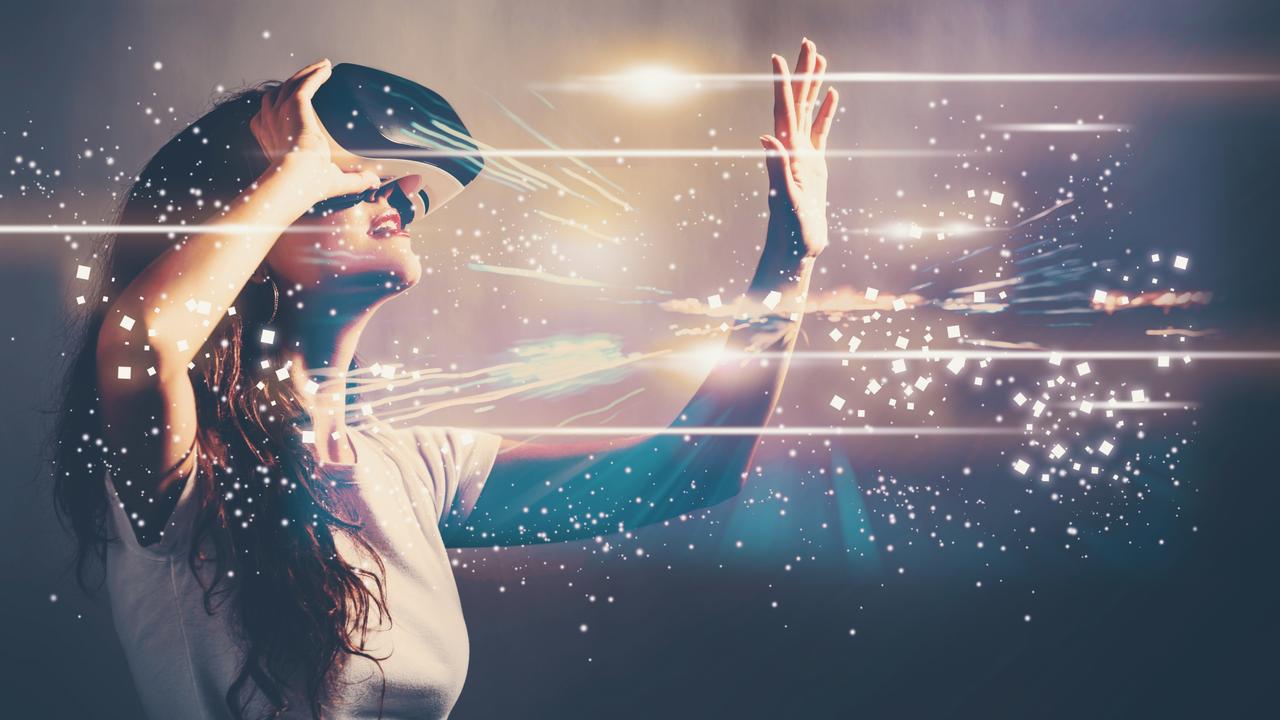 VR films allow the viewer to move through the film and walk around the characters. Picture: supplied

One of the films screening is called Rone. Rone is a well-known street artist. One of his biggest works is a mural on the disused* grain silos at Lascelles, in western Victoria. The VR experience takes the viewer into a Rone exhibition and inside his studio, putting them right in the process of painting a huge mural. 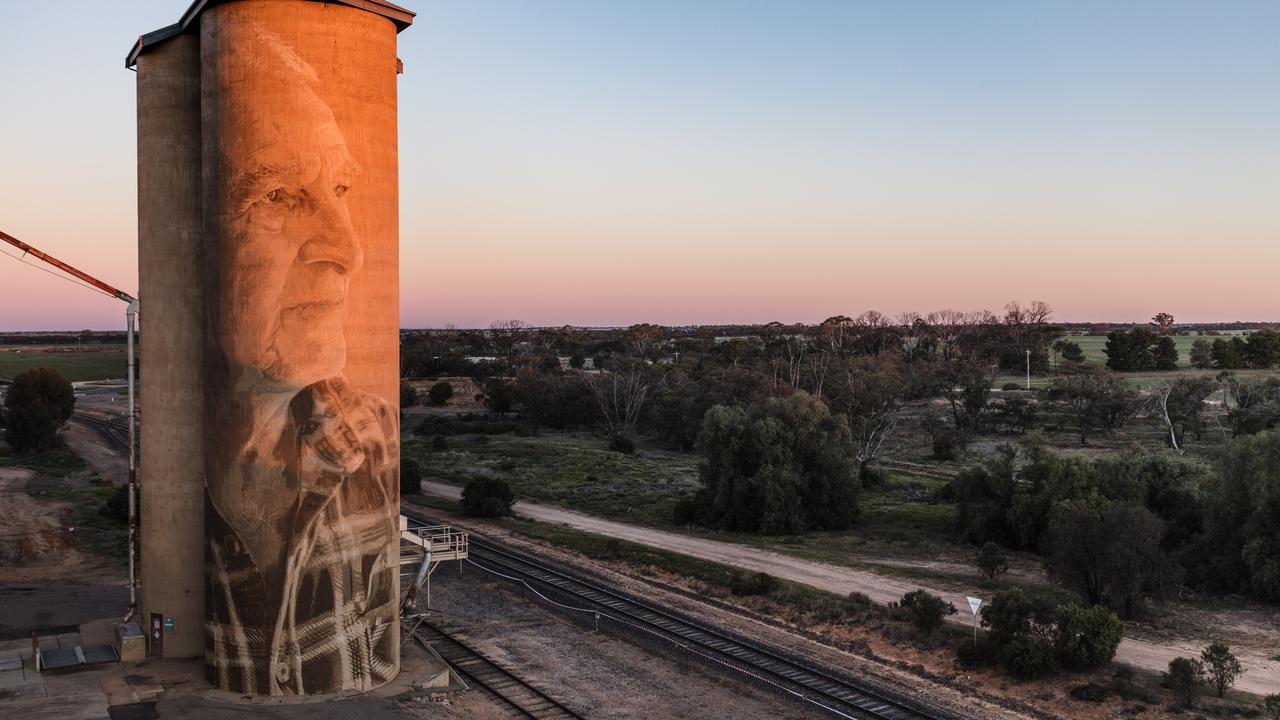 One of the films at The Australian Virtual Reality Film Festival allows the viewer to experience the process of painting a massive mural with artist Rone. This is Rone’s mural on the 30m-high silos at Lascelles, Victoria. Picture: supplied

Australia’s first permanent VR cinema has just opened in Collingwood, Victoria, with seats for 12. Moviegoers are given VR goggles and headphones and watch four to six short VR films, which takes about half an hour to watch in total.

Though VR is an exciting new entertainment frontier*, even the VR festival’s director Mr Savage doesn’t believe it will mean the end of movie watching as we know it.

“VR is a very solitary* experience, while going to the movies is often a social activity,” Mr Savage said.

Online games use VR and the technology is being used for more practical reasons, too

VR: AN OLD INVENTION
The idea of creating a virtual-reality experience has been around since the 1800s, as soon as photography was invented.

Early virtual-reality experiences included 3D images, made by taking lots of copies of the same photo and overlaying them at slightly different angles to make it look like it was three dimensional.

Lots of inventors have worked on VR technology for many years, but US filmmaker Morton Heilig’s Sensorama in 1957 is widely thought of as the first VR design.

The Sensorama was first built in 1962. It was a seat with a big machine in front of it that you put your head into. It played five short films, had a moving seat, smells, fans and stereo* sound. The first Sensorama film was a motorbike-riding experience.

Mr Heilig couldn’t get anyone to invest in his idea and so it didn’t develop further.

The name Virtual Reality was first used in the 1980s when inventor Jaron Lanier made VR goggles and headsets.

Several companies and inventors produced VR devices in the 1980s and 1990s but they were big and bulky and there weren’t enough people making films for them to become popular.

CLASSROOM ACTIVITIES
1. Comparing cinema experiences
This article about virtual reality film points out some of the ways that a visit to a virtual reality cinema differs from a visit to a traditional cinema. Show your understanding of the ways in which they differ. Start by folding a sheet of paper into two halves. On one half of the paper draw a picture of a traditional cinema and on the other half draw a picture of a virtual reality cinema. Below each picture write at least 3 dot points identifying things that are unique to that type of cinema experience.

Discuss with a friend which type of cinema you would prefer to visit and why.

2. Extension
Create an advertising poster for a virtual reality film or cinema, letting people know what it is and why they should try it.

HAVE YOUR SAY: What VR experience would you have if you could ask someone to make a VR film? Why?
No one-word answers. Use full sentences.