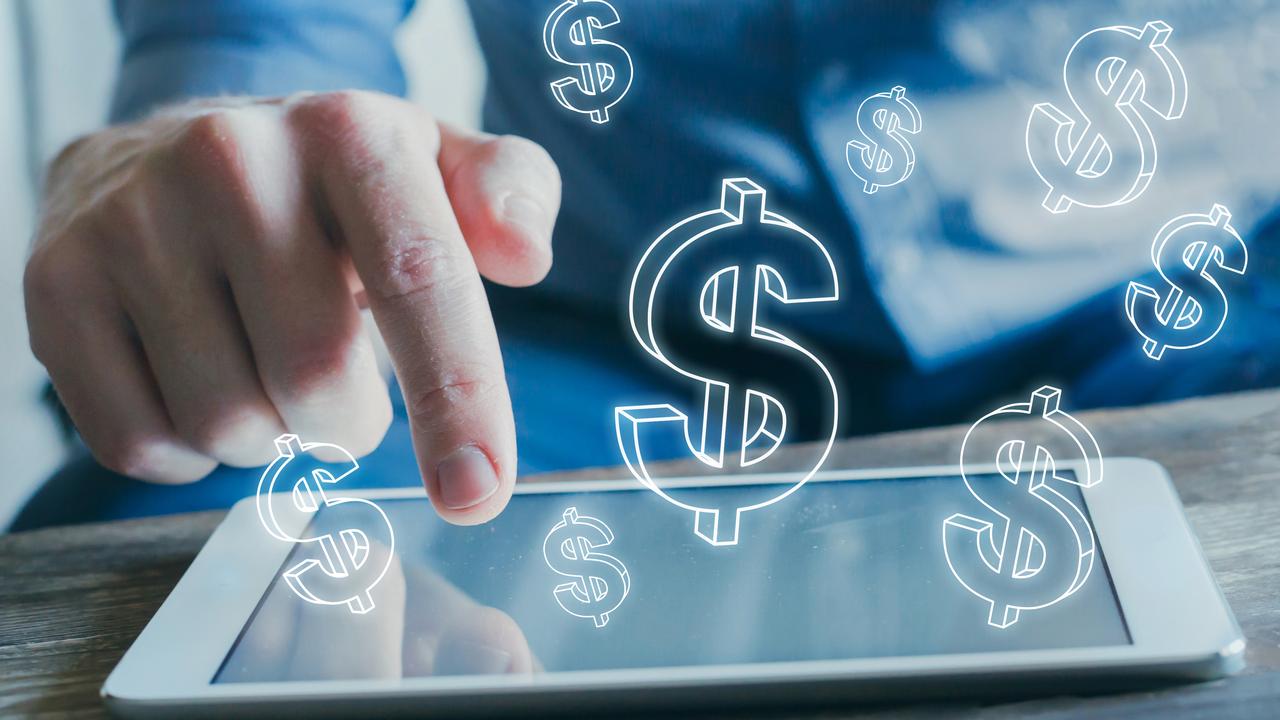 Best mates Fotios Tsiouklas and Alan Gokoglu, who had their first business meetings at lunchtime in the school library, are now running a multimillion-dollar tech company.

When Fotios Tsiouklas and Alan Gokoglu first met in Year 7, they “didn’t really like each other”.

But today, they’re not only best mates, but also co-founders of a multimillion-dollar company.

The Melbourne teenagers went into business together while they were in high school and now their digital agency* has really taken off.

Mr Tsiouklas was just 13 when he started buying gaming codes from a small website and reselling them on eBay. He made $10,000 profit “very quickly”.

By the time he was 15 he was making up to $1000 a week selling broken phones he had fixed on eBay, and in 2015 he spent the summer holidays learning how to create mobile applications. 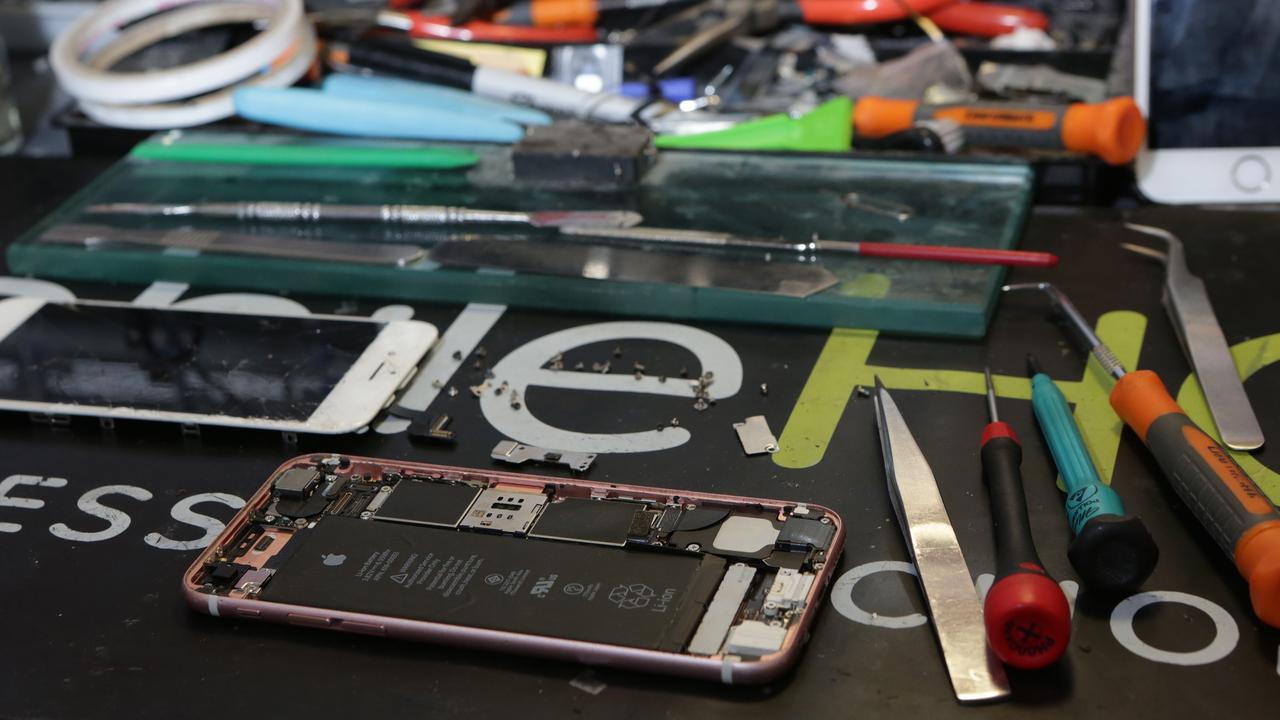 Fotios Tsiouklas made money as a 15 year old fixing and selling mobile phones.

But it wasn’t until early 2017 that the teens went into business together, launching Kickspan.

Today they offer a range of services to more than 12,000 clients, including website and mobile app development, Facebook advertising and Instagram management, graphic design, data collection and digital consulting*. The business is now valued at more than $5 million.

“When we met in Year 7 we didn’t really like each other at the time, so it’s pretty ironic* that we later ended up as best friends and went into business together,” said Mr Tsiouklas, now 19.

He said the pair would meet up in the school library and spend their lunchtimes working for clients.

But Mr Gokoglu said they had faced some tough times at school despite their success.

“People used to … say we were going nowhere – I was mocked* in IT class which was surprising because we had breakthrough after breakthrough, but nobody believed in us,” he said.

“People just laughed, which was annoying, but it pushed me (to succeed).

“It helped motivate me – we always believed in ourselves and that self-belief helped us push through struggles in life and in business. We knew 100 per cent we were going to succeed and nothing could stop us.”

They also initially struggled to prove themselves due to their youth, although ultimately, clients learnt to focus on their results and not their date of birth.

“At the end of the day, especially in the digital age, older people want to work with younger people because they understand tech better – they grew up with social media and understand what is trending* and what works, and a lot of people actually reached out to us purely because we were young,” Mr Tsiouklas said.

“There is value in being young and it shows through our results and credibility*.” Mr Tsiouklas is now studying business at Monash University and Mr Gokoglu plans to study IT at Swinburne next year, although their main focus remains on the business.

And despite their big success, they said they were less concerned with financial* rewards than professional ones.

“To be honest I don’t do it for financial gain – seeing those results makes me proud, but what I really love is innovating every day and coming up with new things people love,” Mr Gokoglu said.

About six months ago, the pair purchased the domain name TikToks.com for $2000 after predicting TikTok would become the next big social media platform.

They’ve recently been offered $209,947 to buy it, but they plan to hold it and launch the world’s first TikTok growth service. The pair bought the domain name TikToks.com for $2000 after predicting TikTok would become the next big social media platform. Picture: Getty Images

Their next major project is Apps4Brands, a service that will allow any business or influencer to create an application of their own for $99 a month, which the business partners believe will soon become an essential part of every business in the future.

Mr Tsiouklas said his generation – Gen Z – was only just starting to make waves* as they came of age – but said their natural tech know-how would change the world.

“Get ready for the Gen Z business revolution, because it’s definitely coming,” he said.

Entrepreneurship: How to be a complete boss at being your own boss

Young minds rise to the challenge

CLASSROOM ACTIVITIES
1. Tech Wizards
These young men have used their learning and knowledge about technology to now own a business worth over $5 million dollars with lots of plans to expand further.

If you work hard, go into business and make money doing something you enjoy, where do your financial priorities lie? That is, what would you like to do with this money?

There is a finance expert called Scott Pape who works hard to help kids learn how to manage money and would like to see all kids have 3 separate jars to keep their money in (or 3 bank accounts). He names them ‘Smile’, ‘Save’ and ‘Give’.

If you sold your business for $5 million, write down how you would distribute that money into the 3 accounts above and explain why.

2. Extension
In the article it states the boys “were less concerned with financial rewards than professional ones” and that they love designing and creating things people love and find useful. Why is it important that you are passionate about your job and not just doing it for the money you are paid?

HAVE YOUR SAY: What sort of business would you like to start?
No one-word answers. Use full sentences to explain your thinking. No comments will be published until approved by editors.