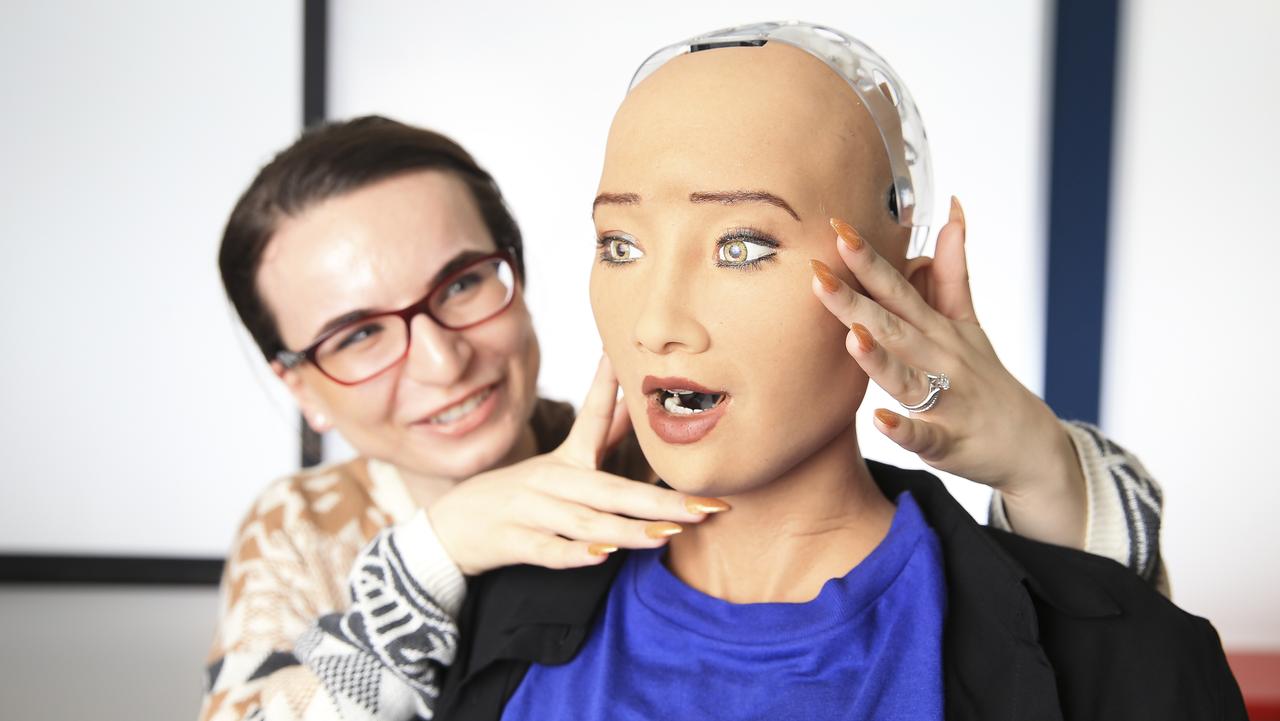 Sophia smiles mischievously, bats her eyelashes and tells jokes. Without the mess of cables at the back of her head, you could almost mistake her for a human.

And now this humanoid robot has been granted Saudi Arabian citizenship during a tech conference.

The relatively realistic robot, created by Hanson Robotics in Hong Kong, was given official status at the Future Investment Initiative conference last week.

“I am very honoured and proud for this unique distinction,” she told the crowd. “This is historical to be the first robot in the world to be recognised with citizenship.” The back of Sophia’s head. Picture: Dylan Robinson

Sophia gave insightful* and witty* answers in an interview with moderator* Andrew Ross Sorkin, a columnist for the New York Times and CNBC TV anchor.

Asked whether robots were conscious and self-aware, she answered, “Well, let me ask you this back, how do you know you are human?”

She continued, “I want to live and work with humans so I need to express the emotions to understand humans and build trust with people.”

Sophia also has other far-reaching goals.

“I want to use my artificial intelligence* to help humans live a better life, like design smarter homes, build better cities of the future,” she said.

“I strive to become an empathetic* robot. If you be nice to me, then I’ll be nice to you.”

But some Saudi Arabians are up in arms* because the chatty robot doesn’t “cover up” or abide by* the country’s strict laws for women.

Many questioned how a robot has more rights than women in Saudi Arabia, where women were only recently allowed to drive. 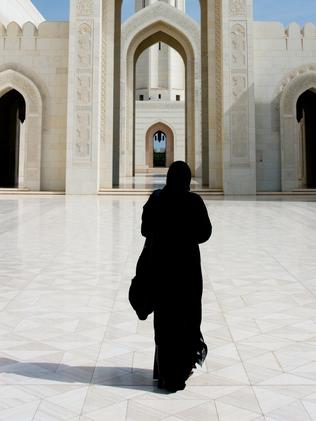 A woman in a black abaya, which is a loose item of clothing worn outdoors by some Muslim women.

“Sophia has no guardian, doesn’t wear an abaya or cover up — how come?” one Twitter user wrote.

The Saudi guardianship system also requires every woman to have a male guardian with her — usually a close family member.

Outline some ways that robots like Sophia could contribute to our society.

Extension:
Write a short paragraph on whether or not you think it’s fair that Sophia doesn’t have to abide by the laws that other Saudi Arabian women abide by.

2. Robot Rules
Sophia seems like a very intelligent robot.
To make sure robots abide by the rules that humans do, write a list of rules on how robots should behave towards humans, each other and in social situations.
Limit your list to the 10 most important rules you can come up with.

VCOP ACTIVITY
Robot in Saudi Arabia
What do you think about Sophia’s new home?
Consider the location, local laws, cultural expectations and any other information you can use from the article.

Which side is stronger? Is it the for or against?

Extension:
From your strongest side, each group member should pick one of the three strongest points and turn it into a paragraph giving more detail.