Some of the most famous holograms are in the Star Wars series of movies. This scene is from Star Wars Episode III.

Star Wars-style hologram technology has finally made its way out of the famous space movies and onto Earth.

Researchers have created an incredible gadget that beams animated characters who seem to talk to and interact with onlookers.

Demonstrations showed a butterfly flapping its wings, a rotating planet Earth and a countdown spelled out using floating numbers.

Experts behind the device, from the University of Sussex, UK, said it could be used for entertainment.

“You could put your hand out to cast a spell and as you move your hand you could see a glowing ball growing in your palm, and we could have sound coming from it too.”

Unlike the floating messages seen in the Star Wars movies, the new technology isn’t actually a hologram.

Holograms use light from laser beams to make an image that looks like it is three dimensional. Tennis player Novak Djokovic had some fun with a hologram of music star Keith Urban at the Australian Open in Melbourne, Victoria in 2015. Picture: Julie Kiriacoudis

This technology, however, creates animations using a 2mm-wide bead levitated* by tiny ultrasound* speakers that zip it around at high speed.

The bead moves at around 32kmh – so fast that it traces the shape of an object in less than a tenth of a second.

That’s too fast for the human brain to track, meaning to our eyes the “hologram” looks like a floating object.

Because the animation exists in a 3D space, it can be viewed from any angle.

LED lights add colours by beaming them onto the bead as it whips around. 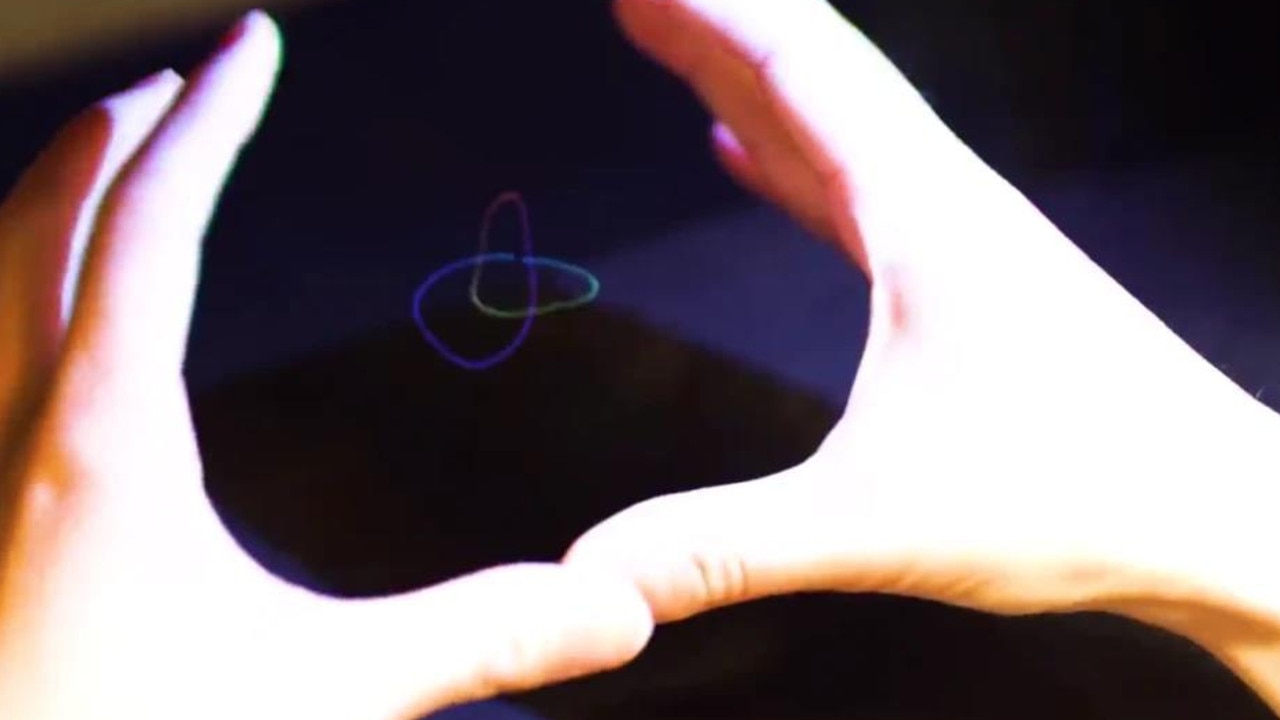 Each hologram exists in a 3D space, so can be viewed from any angle. Picture: University of Sussex

According to the researchers, characters can be made to speak or make sound effects via the ultrasound speakers.

Users even seem to “feel” the objects in their hands. 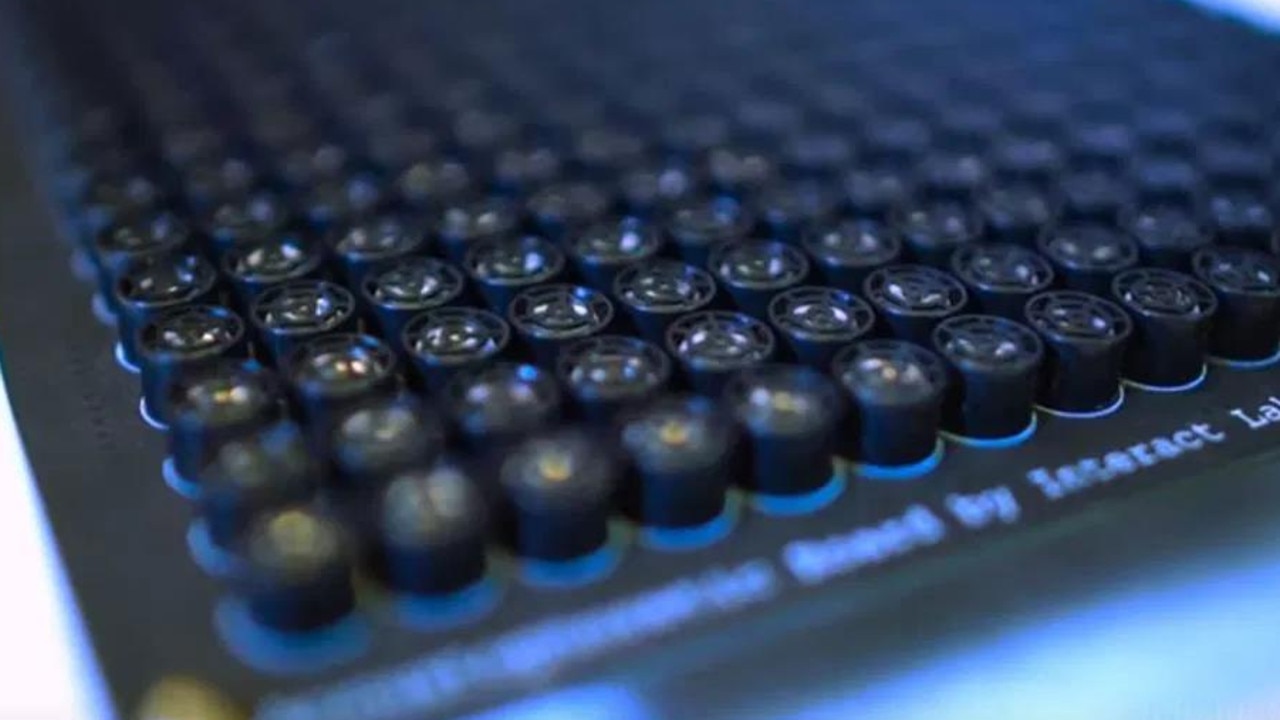 Further research into the “multimodal* acoustic* trap display” could lead to the development of bigger and better devices, researchers said.

One future use for these devices would be a Skype*-like hologram messaging service.

“I believe that in the future, such displays will allow us to interact with our family and friends as if they are close by, so you can see, touch and hear them,” team member Ryuji Hirayama said. It conjures up a range of shapes, objects and characters. Picture: Eimontas Jankauskis/University of Sussex

CLASSROOM ACTIVITIES
1. How Would You Use It?
How do you think the new hologram technology could be used at your school?

Describe your idea, then create a poster encouraging schools to use it!

2. Extension
New technology always has benefits, but sometimes there can also be problems and disadvantages. What do you think could be some problems that this technology could cause, if people are not careful?

When you’re writing your own text, remember that more syllables aren’t necessarily better.

HAVE YOUR SAY: Would you like a hologram pet or companion? What would it be and what would you do with it?
No one-word answers. Use full sentences to explain your thinking. No comments will be published until approved by editors.