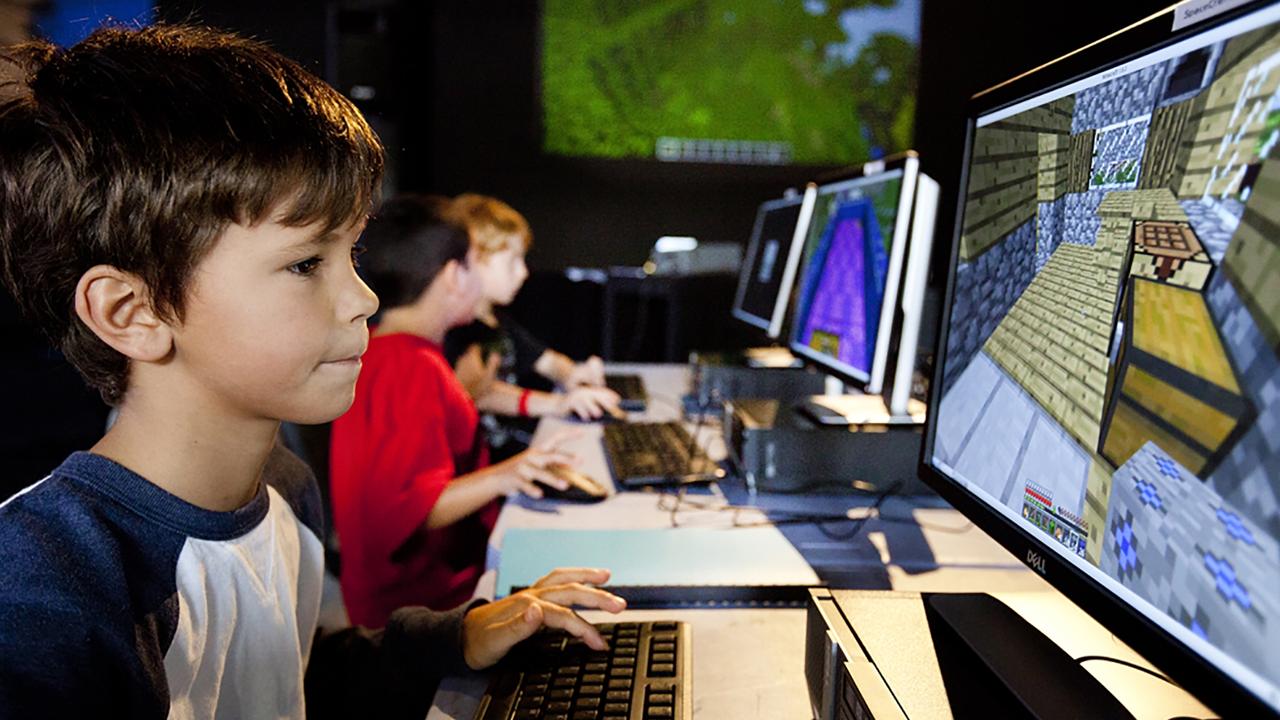 Video games are rated just like movies and parents should watch the game trailer and play the game so they can determine if it is age appropriate for their child. Picture: file image.

Talking to the experts is usually the best way to learn more about any subject – and sometimes the experts happen to be kids.

While adults often focus on the dangers of the internet, a new resource called A Gamer’s Guide, By Gamers shows that the young people who actually spend time in online gaming communities have a very different experience.

The gaming guide shares the teen gamers’ important safety advice for other kids, but it also offers parents an inside look at a world they don’t understand. Children’s charity the Alannah & Madeline Foundation, which created the free online guide, said that every one of the teen gamers who contributed suggested that parents sit down to watch and even play video games with their child, to get a better understanding of the importance and value gaming has for those who play.

For teen gamer Peri, 16, contributing to the guide was about making new and younger gamers more aware of what they say and do online.

“Don’t reveal too much of your information to these people, because you don’t know who they are,” she said.

Peri said she even learned some new strategies* for gaming safety herself from the guide and year 12 student Sam, 18, said it was helpful for the parents of gamers as well.

“There’s always going to be people trying to ruin your fun,” Sam said. “It’s just learning how to deal with (trolls)* and how to prevent that as much as possible as well, but also educating parents and adults about the positive aspects, the social aspects (and) how enjoyable it can be.” Year 12 student Sam, 18, contributed to the Alannah & Madeline Foundation’s A Gamer’s Guide, By Gamers, a free resource for parents and their gaming kids. Picture: supplied.

All games are rated, just like movies, and Sam said that parents should watch the game trailer if they have no idea what a game is about.

“If you’re not going to let your kid watch an MA15 movie, then probably the same goes for games,” he said.

Games also allow players – and their parents – to mute* voice and text chat from other players – although the social element is a big part of many kids’ enjoyment. Nonetheless both Sam and Peri said they would not hesitate to immediately mute and report trolls.

“The developers don’t want people like that in there, being toxic and ruining the fun for others,” Sam said. “They want them out as well. So help out the rest of the community by reporting them and they’ll get banned.”

If kids do have a situation that is uncomfortable, scary or worrying, Peri said they should always report the offending account and let their parents know as well.

“If it was impacting me and my mental health, I would definitely tell my parents about it,” she said.

The teen gamers also agreed on the need for kids to protect their personal information by not sharing their address, phone number, school name and so on, but they also said most people in the gaming community are who they say they are – something that will be a relief for non-gaming parents constantly worried about stranger danger.

“I one hundred per cent think that most people are who they say they are, they don’t pretend to be someone else,” Sam said. “But at the same time, you just have to be cautious. Strangers are friends you haven’t met yet.” Parents gaming with their children will improve their understanding of the gaming world and help keep their kids safe online. Picture: iStock image

He gave the example of a tactical* game in which players queue and are given four random teammates.

“You’re all working (together), you all want to win,” he said. “So you’re communicating, (but) you’re not necessarily talking about your life or anything, you’re just talking about the game. (It’s) more fun with people as well because you help each other out.”

Voice chat is better than text chat for verifying* another player’s identity and lasting friendships can be made, according to the teen contributors. Sam remains in contact with a group of American gamers he met about three years ago.

“I still talk to them all the time,” he said. “We just chill out and voice chat now even if we’re not playing games. We just talk about what’s going on in life, how we’re doing, how’s your mum – we’ve played games together for years (and) we’ve kind of grown to become friends as well.

“I play games very socially. I don’t play any games without people, whether that’s just friends from school, online friends or random people in a lobby or whatever. You’re kind of playing the game to be with people, not just playing the game for the game.”

The free download of A Gamer’s Guide, By Gamers is available from the Alannah & Madeline Foundation, amf.org.au

CLASSROOM ACTIVITIES
1. Expert Kids
This is a great example of how kids can teach adults instead of the other way around. By kids being the experts and showing the parents how video games work, it teaches them how to be responsible as well as getting parents involved in something many would say could be a waste of time.

Think of three to five other circumstances where kids could take the lead and teach adults some things.

2. Extension
By looking at this gaming guide and reading this Kids News article, list the top five tips about being safe while playing games online.