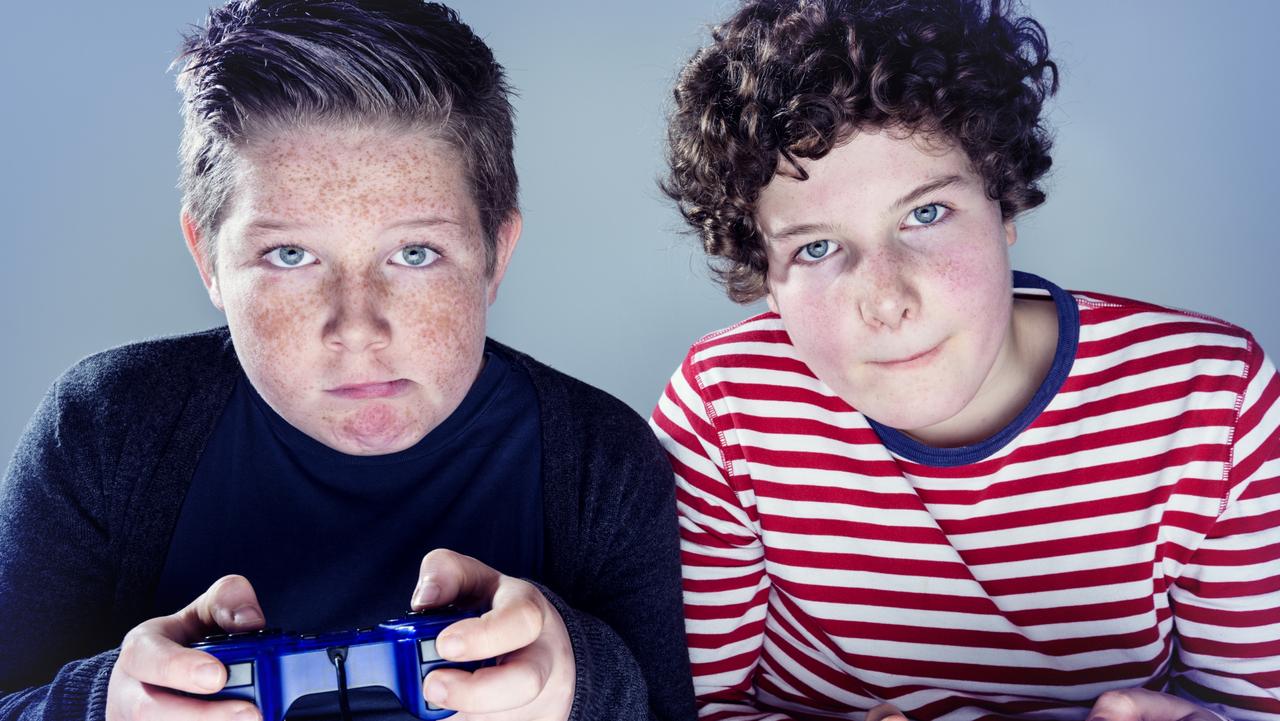 Gaming on the rise. Picture: supplied

VIDEO games have powered their way into almost every Australian family and parents and grandparents are increasingly joining children for a slice of electronic action.

New research by Queensland’s Bond University and the Interactive* Games & Entertainment Association has found 97 per cent of households with children have a video game device and eight out of 10 have more than one.

Games are found in 93 per cent of households overall.

Spending on video games is expected to surge* past $3 billion this year as new technologies such as virtual reality and augmented* reality – including last year’s Pokemon GO craze – increase their foothold. Over-65s are the fastest growing group of users, with 43 per cent of seniors now playing video games, according to the Digital Australia 2018 report.

It seems playing is a social activity for many with only 8 per cent of people playing alone, while most participate with family or friends.

Females make up 46 per cent of video game players and 50 per cent of parents play games online with their children.

“I have fond memories of playing PlayStation 2 games with my few-week old daughter on my lap,” he said. 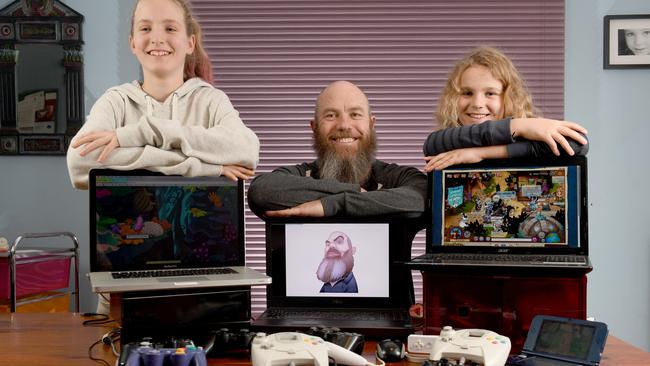 He said it was important for parents to spend time with their children online.

“Having parents play with kids is a great way of teaching them how to behave online and be safe, and lead by example. I see parents who don’t understand what their kids are doing.”

Interactive Games & Entertainment Association CEO Ron Curry said “games on the go” had surged in popularity since the arrival of the iPhone in 2007 and the iPad in 2010.

He said older users were not only using games to keep their minds active but also for enjoyment and to spend time with younger family members.

“It’s easy for a grandparent and grandchild to play a game – it may not be (war game) Call of Duty, it may be Words with Friends, but it’s making that intergenerational* connection.” The report’s lead author and Bond University professor, Dr Jeff Brand, interviewed several older Australians who had built better relationships with grandchildren by playing video games. He said mobile phones and tablets were now used for gaming as much as traditional consoles such as PlayStation and Xbox.

Devices today were “as common as the kitchen sink”, he said.

“Games are no longer a subculture* – everyone plays. Women at retirement are playing more than girls in their teenage years.”

interactive: able to be influenced

intergenerational: between people of different ages

subculture: culture within a larger culture

Activity 1. Video games for all

Summarise the main ideas of this article into one paragraph.

Make sure the answers to your questions can be found in the article.

Swap with a partner to answer each other’s questions.

Extension: What are the stats in your class?

Statistics is an area of mathematics that deals with the collection and analysis of data.
This article has lots of statistics quoted about people playing video games.

Make a list of the statistics quoted in the article.

Choose one or two of these and conduct a survey among your class mates or the teachers at your school to see if you get the same (or a similar) result as the findings in the article.
For example, you could choose 97 per cent of households with children have a video game device or that 50 per cent of parents play games online with their children.

You will need to work out what survey question to ask, how you will tally your results and then convert your results to percentages or a fraction, depending on which statistic you are using.

Are your results similar to those in the article?
Why/Why not?

Activity 2: Is screen time good for us?

The Australian Government Department of Health recommends that we should be more active and should limit the use of electronic media for entertainment to improve our health.

However, there are some benefits of playing video games for all age groups mentioned in the article.

Draw up a table and list the benefits and concerns of the increasing number of people using video games for entertainment.

Do you think it is a good that so many people are now using video games for enjoyment?

Extension: What video game do you play?

Do you play video games?

What is your favourite game?

Write a brief explanation of the game.

List three reasons why playing your favourite game is good for you. Use persuasive language to convince any who reads your list.

Write three to five reasons why students should play games (video or outside games) whenever they want.

Write another three to five reasons for why they should not.

Extension:
Write a persuasive piece of writing to convince someone of your argument.
Remember to start your sentences with some power openers and phrases.

DO YOU HAVE A HEALTHY DIARY?