Kids in classrooms are exploring a new virtual city — it’s a mini Melbourne! Federation Square in Melbourne, Victoria, as it appears in Minecraft.

A mini Melbourne has been built within popular video game Minecraft in a world-first education project to teach kids science, maths, archaeology* and engineering*.

Students will be tasked with unearthing artefacts in archaeological digs based on those at the sites of the current real-life Melbourne Metro Tunnel train project.

They will search for dentures*, medicine bottles, pencils and even old dice — all actually uncovered across the city — before analysing them at a digital lab*.

It is based on 3D maps and includes digital versions of St Paul’s Cathedral, Federation Square, the Yarra River and the Arts Centre.

Hidden in the city are 10 Easter eggs and a drop bear* in the Royal Botantic Gardens. 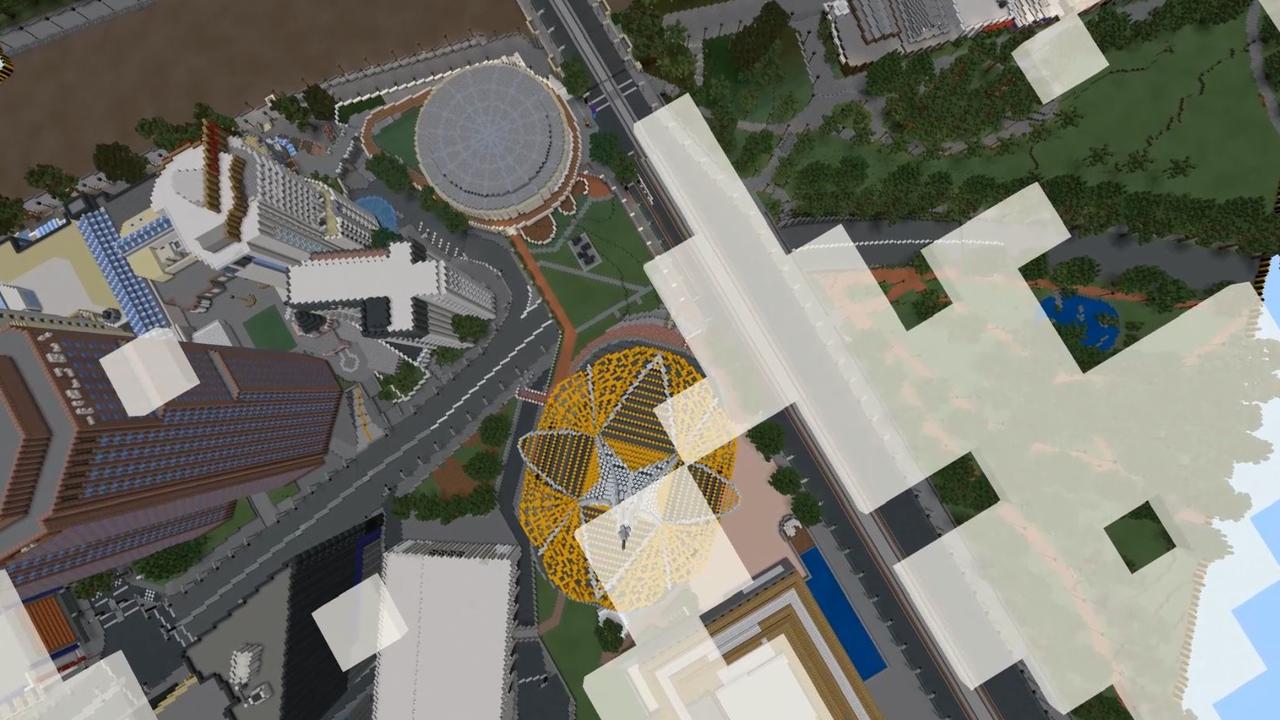 A bird’s-eye view of the Arts Centre and Southbank in the Minecraft virtual Melbourne.

“Students have to make decisions and live by those decisions,” he said.

“There’s the opportunity for students to break artefacts if they are digging too quick and, once it’s broken, they can’t fix it.

“They can then make that choice whether to keep digging fast and being reckless, or whether to slow down and dig slower and more carefully.” 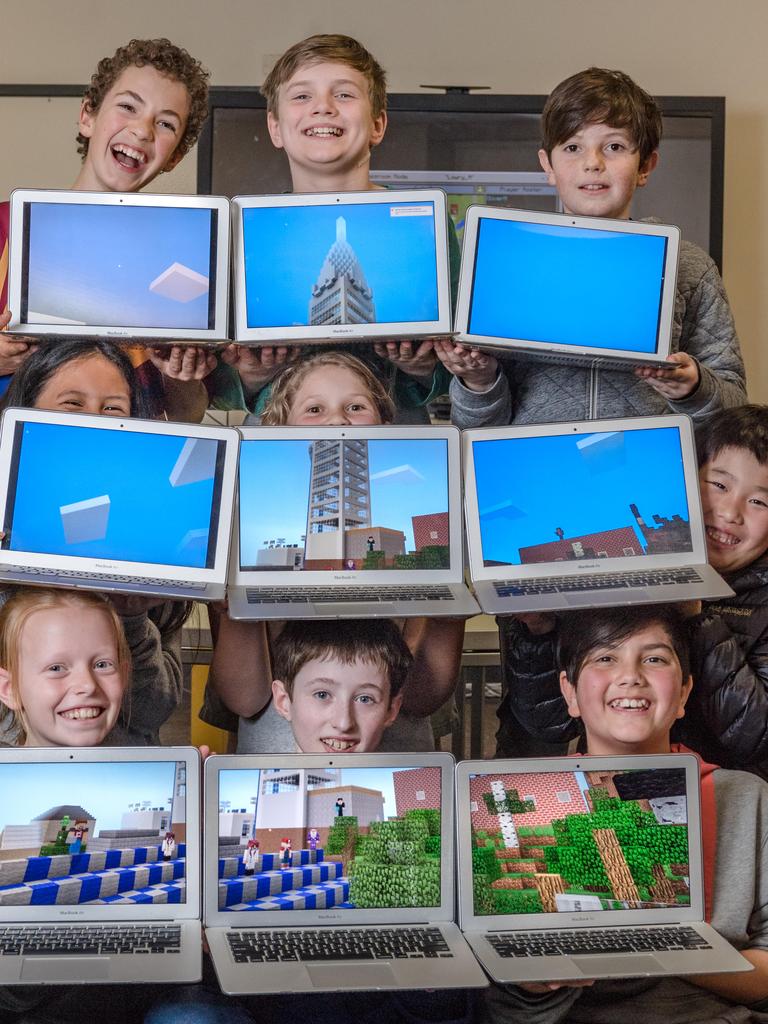 The Minecraft mini Melbourne has already been used to teach coding, science and maths, as well as humanities and geography at Numurkah Secondary College in central Victoria.

Year 8 student Chloe Wilson was able to change the time of day in search of wildlife more commonly spotted at sunrise.

“It is better than writing it all down because that just doesn’t stick.” It’s night time in Minecraft mini Melbourne and a tram is moving along the street.

“It’s about going beyond the textbooks,” he said.

“When you think about jobs of the future — science, maths, technology, coding, critical and creative thinking — these are all things that are provided in this Minecraft program.”

“The coding side of it is brilliant because the kids are beginning to design code that creates things in the world.

“They are seeing immediate effect for the code that they are creating, and it’s not code for code sake.

“It’s code to actually understand the mathematics and engineering of something.”

Screen time can be green time

CLASSROOM ACTIVITIES
1. Create a storyboard
Game designers use storyboards to plan their games. They also write a storyline for the game. This is a detailed outline of everything that happens and can happen in the game. Imagine you have been chosen to create a special version of a short video game set in your local community. Design the storyboard or write the storyline for one level or section of your game.

2. Extension
In the story you have read about all of the great things students can learn from online games like Minecraft. Staying safe when you are online is very important, too. Think about what ‘staying safe online means’. List all the things you can do to make sure you stay safe online. Design a poster or online advertisement that will help other students play video games, use the internet and social media safely.

HAVE YOUR SAY: Do you think playing this game is educational? Are you keen to try it?
No one-word answers. Use full sentences to explain your thinking. No comments will be published until approved by editors.