Two people have become the world’s first passengers to ride a futuristic* high-speed transport system known as a hyperloop.

Developed by Sir Richard Branson’s Virgin Hyperloop, the technology uses high-powered electromagnets* to push levitating* pods through a tube at up to 1000kmh.

The company announced this week that two staff members had ridden a capsule at a test site in the Nevada desert in the US for the first time.

Speaking to BBC News, Ms Luchian described the ride as “exhilarating* both psychologically* and physically”.

It marks a huge milestone* for Virgin Hyperloop and Sir Richard, who hopes to have a Hyperloop operating between Dubai and Abu Dhabi in the United Arab Emirates soon.

“For the past few years, the Virgin Hyperloop team has been working on turning its groundbreaking* technology into reality,” said Sir Richard.

“With today’s successful test, we have shown that this spirit of innovation* will in fact change the way people everywhere live, work, and travel in the years to come.”

Los Angeles-based Hyperloop envisions* a future where floating pods packed with passengers and cargo hurtle* through vacuum tubes at 966kmh or faster. 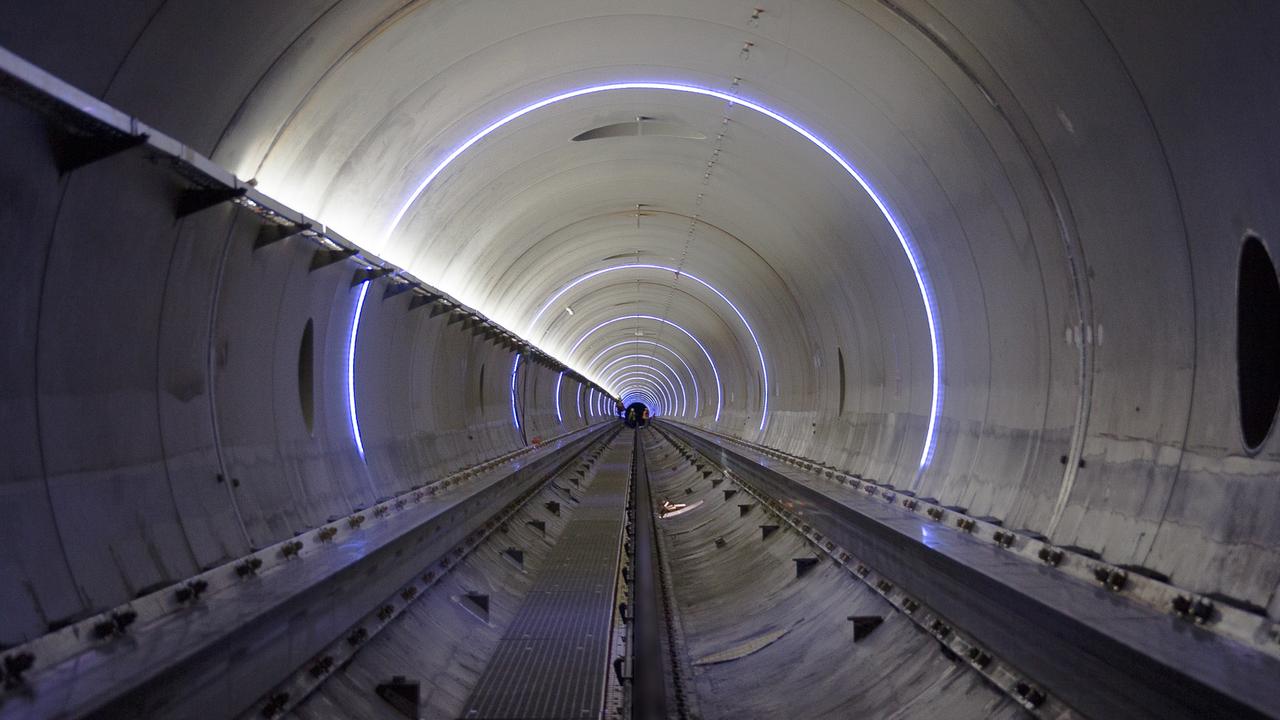 In a hyperloop system, which uses magnetic levitation to allow near-silent travel, a trip between Melbourne and Sydney (878km) or Sydney and Brisbane (917km) or Melbourne and Adelaide (727km) would be possible in less than an hour. That’s faster than the flying time between these cities.

The company has previously run more than 400 tests without human passengers at the Nevada site.

Hyperloop is working toward safety certification* by 2025 and commercial* operations by 2030, it has said.

The systems are also said to be better for the environment as they produce less greenhouse gases than cars and trains.

However, there have been concerns throughout the development about how safe the technology could be.

One researcher at Sweden’s Royal Institute of Technology, argued that the high speeds involved could turn the Hyperloop into a “barf ride.” High-speed rail on the fast track to reality

CLASSROOM ACTIVITIES
1. Hyperloop Reality
This hyperloop system could be in operation in 10 years or less, changing the way we live our lives and how we get around. Work with a partner and complete the table below outlining how this technology would affect different industries and the way we live. For example, if the hyperloop system was built between Melbourne and Sydney, people could realistically live in one city and work in the other. 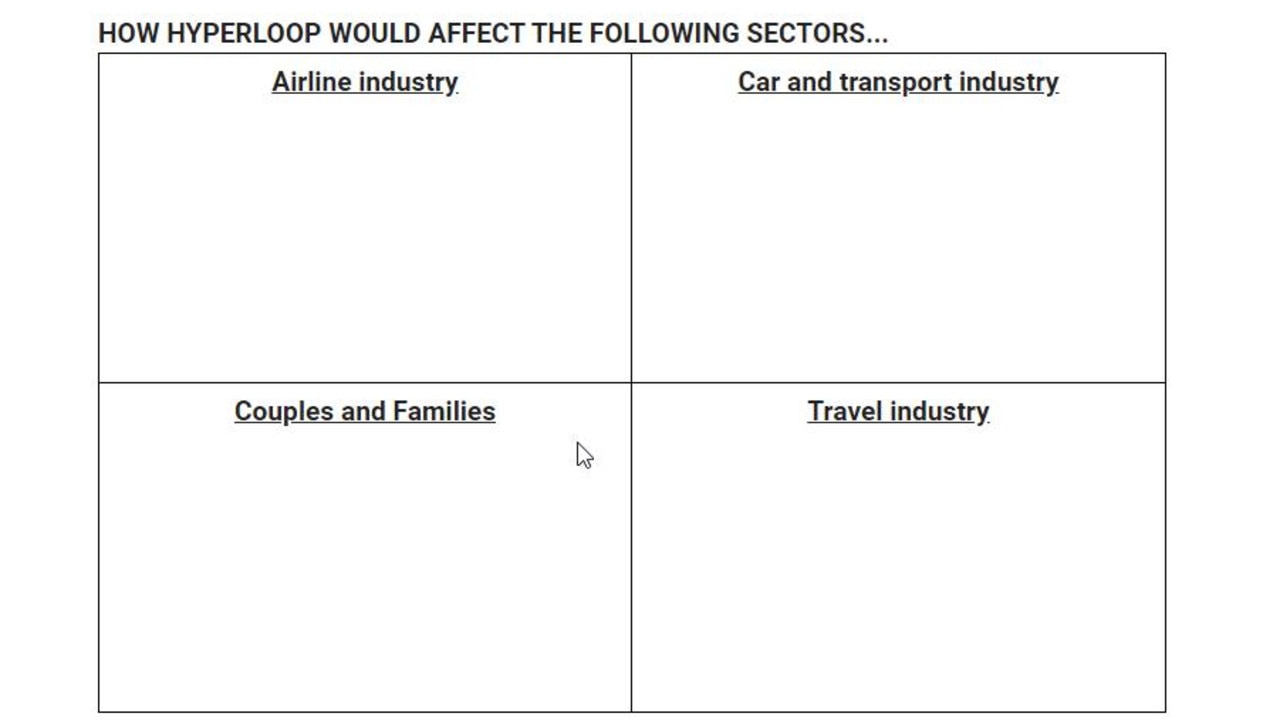 Use a table like this one to complete your answers.

2. Extension
Josh and Sara who work for Virgin Hyperloop were the first humans to test the technology. Sara described the ride as “exhilarating both psychologically and physically.” What do you think she means by this statement?

How do you think she felt physically?

How do you think she felt psychologically?

Would you volunteer to be the first human to test this technology?

HAVE YOUR SAY: Would you travel by hyperloop?
No one-word answers. Use full sentences to explain your thinking. No comments will be published until approved by editors.