Hungry? Order lunch and a drone will deliver it to you right away 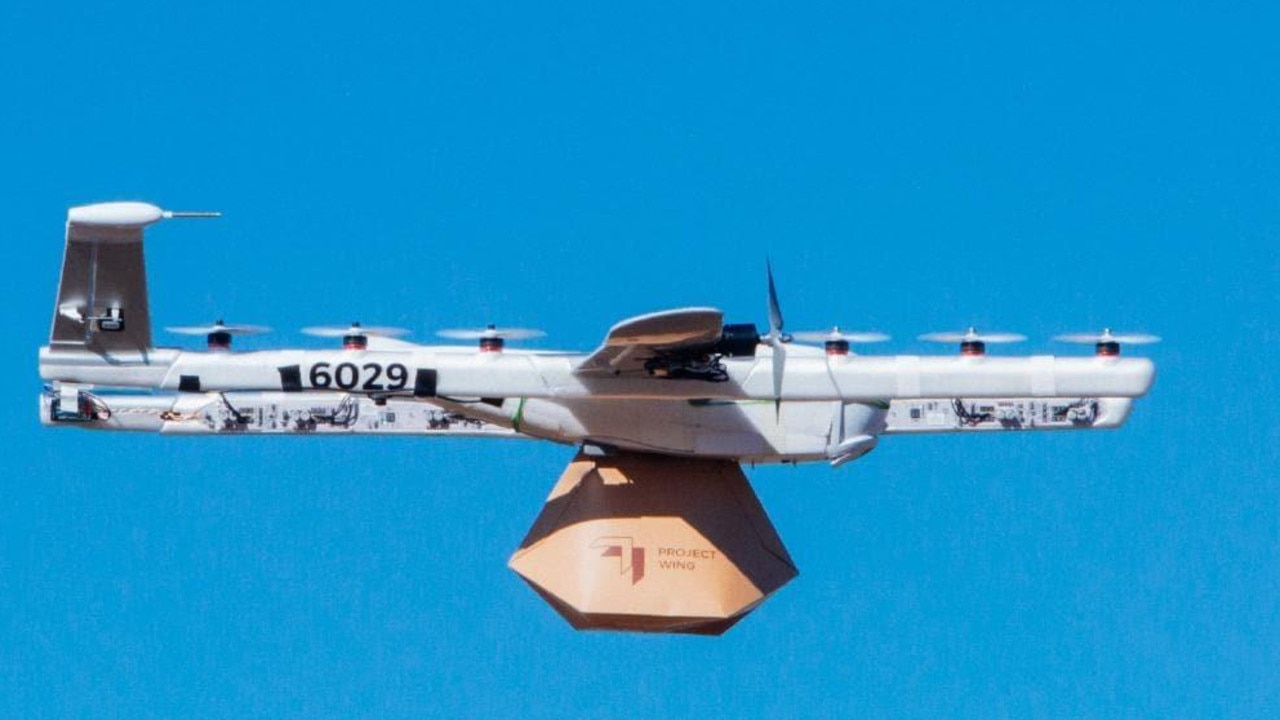 Alphabet has been testing its Project Wing drone deliveries in areas around Canberra, ACT. Picture: supplied

Flying roast chickens, hot coffee, milk, bread and screwdrivers will drop from the air into Queensland backyards in a world-first drone delivery trial expected to launch within weeks.

A company called Wing unveiled its new Australian drone service, extending its reach from an early trial in Canberra in the ACT, making Australia the first country in the world to use home delivery drones in two states or territories.

And the company’s chief executive said the drone services were likely to extend into more Australian regions in future, with the country picked as a testbed* for drone services worldwide.

Wing’s latest drone venture* will see a fleet of “tens of drones” deliver goods to houses in the Logan suburbs of Crestmead and Marsden in Queensland.

Households in its Early Flyer program would be able to order a range of goods from a coffee shop, grocery store, and hardware outlet, with drone delivery initially offered free and within just minutes of placing an order.

The goods would include everything from hot roasted chickens to cold milk, Wing Australian operations head Terrance Bouldin-Johnson said.

Its Canberra record for brewing and delivering a coffee stood at just three minutes.

But he said Wing — owned by Alphabet, which is a part of Google — was committed to taking to the skies in other parts of Australia in future as Aussies had proven keen to try the technology and safety regulators* were open to testing it.

“This will be the most advanced drone delivery service in Australia but it’s also the best in the world,” he said.

“Australia will always have our most advanced drone technology, and we will take what we learn in Australia and use it around the world.”

Mr Burgess said Wing would hold a number of drone demonstrations in the local area before starting flights “in the coming weeks”.

Wing delivery drones typically fly at a height of 60m, he said, could carry up to 1.5kg of goods, and lowered packages to areas in front or backyards using a winch* while hovering 7m off the ground. Hot roast chickens could be delivered as part of the trial, because you don’t always have the ingredients or the time to whip something like this up yourself. Picture: iStock

Civil Aviation and Safety Authority spokesman Peter Gibson said he expected the regulator would grant Wing approval to fly its fleet of drones in Logan shortly, as the company had already proven its technology was safe in Canberra trials over the past two years.

“We know the drones work, the systems work, we’ve just had to assess the safety of the operation in a new location, where the drones will be based, and how the system has been replicated* in the new location, so that’s what we’ve been doing,” he said.

Maz Rizk, owner of the Friendly Grocer Crestmead, which will participate in the trial, said he expected the drone service to become “the latest trendy thing,” taking over from the likes of UberEats and MenuLog deliveries. An artist’s impression of a fleet of drones delivering pizzas around a city. Drones could take over from current delivery services such as UberEats and MenuLog.

He said the company had already looked at what products it could safely deliver by drone, including milk, bread, tomato sauce and hot chickens.

But while he said some might try drone deliveries out of novelty*, they could be genuinely handy too.

“If someone is at home by themselves with a small baby and they run out of nappies or formula, they’ll be able to just order it online and the drone will drop it off at their door,” he said.

“If their partner works and they have no access to a car, that’s an added cost that this could save them.”

Australians can sign up to trial the technology at wing.com/australia 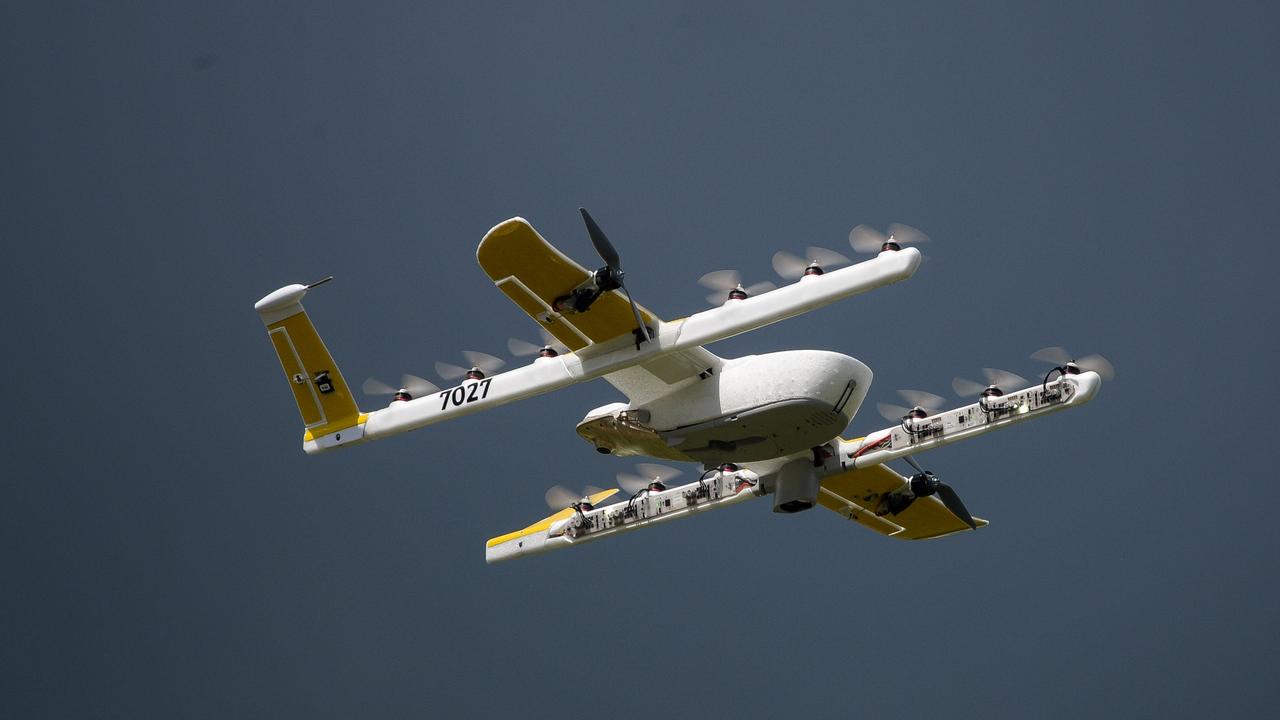 An Alphabet Inc. Google X Project Wing delivery drone flies during a demonstration at Virginia Tech in Virginia, US in 2018. Picture: Bloomberg

Medical drones the next frontier

CLASSROOM ACTIVITIES
1. Drone deliveries
Work with a classmate and write a list of the shops in your local town that might be interested to be part of this drone delivery trial. Write the name of the shop and next to each shop name some useful items that could be delivered to households in the town from their shop. Remember they must be under 1.5kg and safe to be winched down into a back or front yard.

2. Extension
What could be some areas of concern for people living in these suburbs where these new drone deliveries are taking place?

Do you think the advantages outweigh any concerns?

Do you think your family would use this service?

HAVE YOUR SAY: What you prefer a drone to deliver to you or to go to the shops yourself? What are the advantages and disadvantages of both?
No one-word answers. Use full sentences to explain your thinking. No comments will be published until approved by editors.