Is this the perfect marriage between digital and physical worlds? Yes, this BeeHex pizza in the US was made using 3D printer with layers of ingredient paste as the “ink”.

Australians could soon be 3D printing entire meals in what could be the biggest culinary* breakthrough since microwave ovens.

Researchers want to bring the taste and texture of popular foods to life through three-dimensional printers – and even help people tailor their diets to improve their health at the same time.

Mums and dads with fond memories of watching cartoon space family The Jetsons might soon be making space-age dishes for real, with the developers suggesting flatpack ready-to-eat meals and individual ingredients could be available in households, shops and restaurants in as little as four years. Our cars still don’t fly, but The Jetsons cartoon that was around when some parents were kids had creators that imagined all sorts of crazy possibilities for food in the future – concepts that do not seem so crazy now that 3D-printed food is here.

“Food printing, I think, has lots of potential for our future mainly because of the way it can connect digital with physical,” Dr Khot said. “The last major invention that happened around cooking was microwaves, which was around the 1970s, so after that there hasn’t been anything that has actually caught the mainstream* attention.

“Printing can change that, because it can allow us to then craft and design food digitally.” 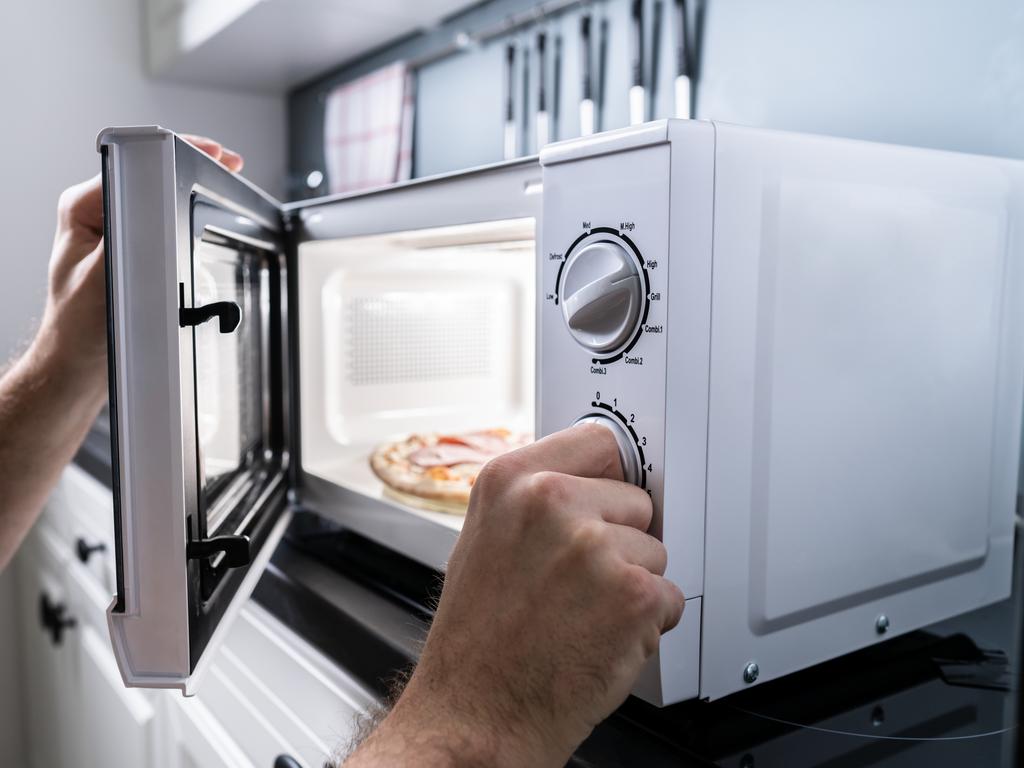 Microwave ovens were a big deal when they were invented. As a domestic appliance for the average family, microwave technology was exciting and futuristic.

Three-dimensional food printers typically use an “ink” – ingredients often in a paste or powder – to print an item or entire dish layer by layer.

US company BeeHex has developed a machine that uses paste-like ingredients to print dough, sauce and cheese for a pizza within a minute.

Australian researchers have also used 3D printing to create meats for people who struggle to swallow. The pulped or pulverised* meat is printed layer by layer, forming a steak-like shape that can be more easily eaten.

The new appliance could even act as a combined Thermomix food processor and 3D printer, allowing ingredients to be mixed, printed and baked in the one machine, according to Monash Food Innovation design manager Adam Norris. 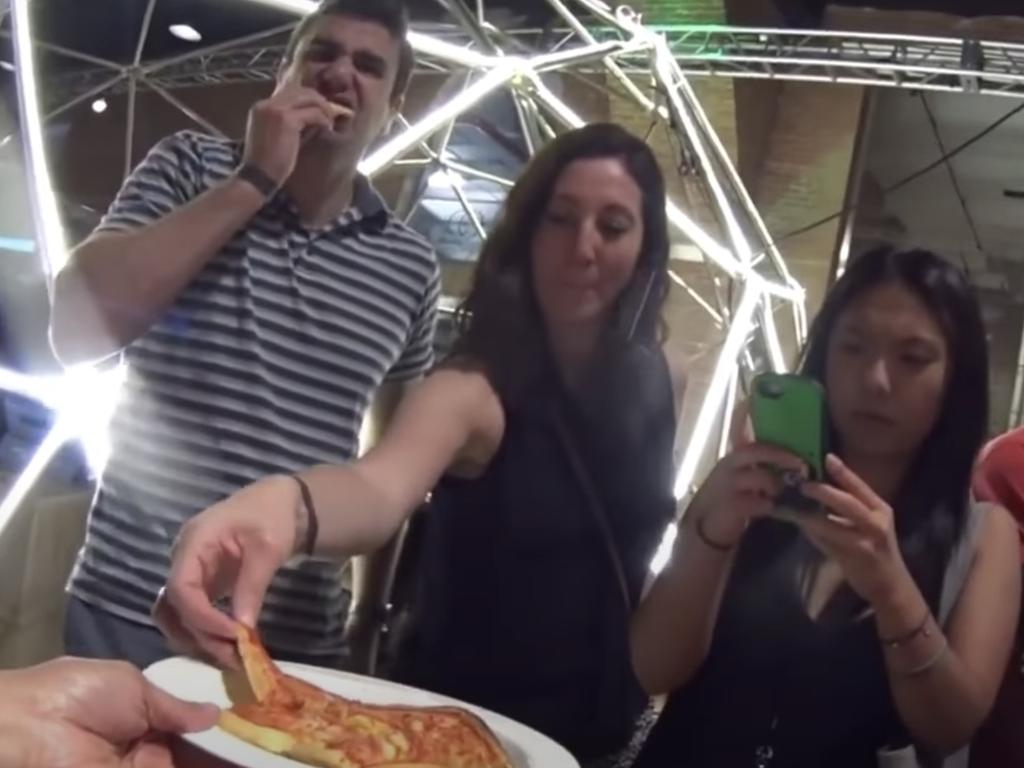 Eager eaters line up to sample the BeeHex 3D-printed pizza.

Time-poor bakers could throw eggs, flour and butter into the machine, which would be processed into a paste, printed and baked into a cake.

As well as allowing people to make “marvellous” or chef-quality structures from food, Mr Norris said food printing would also be a game changer for eliminating* allergy risks while producing large-scale, tailor-made food for health conscious people as early as 2030.

“Businesses are looking at new ways to provide a bespoke* experience and product,” Mr Norris said.

“We’ve realised everybody’s needs are different. Why not create the food to fit you?”

Dr Khot said printing flatpack foods could also help by giving restaurants and cafes a novelty* service to offer customers while reducing the amount of packaging used to sell meals and ingredients.

CLASSROOM ACTIVITIES
1. 3D food menu
Design a three course 3D printed food menu for a dinner party with your friends. Describe each course and details about your dinner party event in planner below.

Food:
Entree:
Main:
Dessert:
Where will your dinner party be held?
Theme of the party?
How many guests?
Drinks (possibly 3D printed too)

2. Extension
What would be the advantages and disadvantages of this new three-dimensional food technology? Is it something you think could be beneficial to your family? Why or why not?