Electronic skin to give robots the human touch 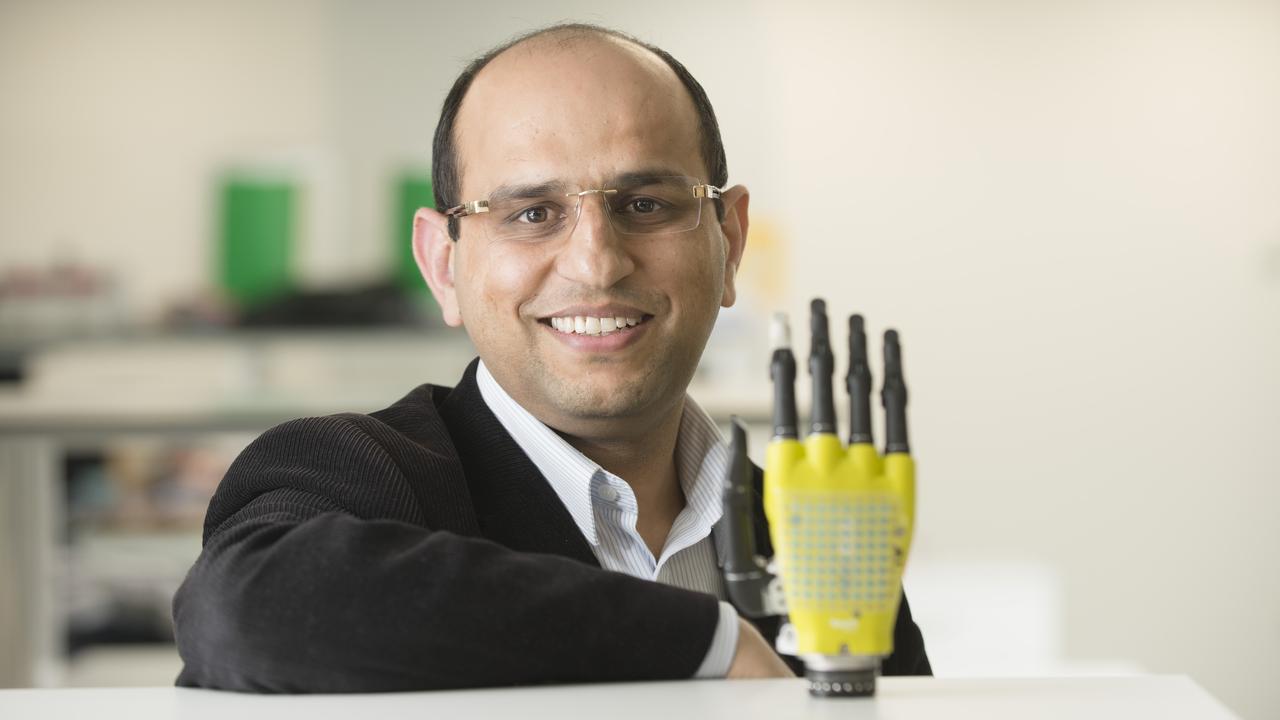 A new type of artificial skin could give robots “near-human levels” of touch sensitivity.

The electronic skin, developed at the University of Glasgow, draws inspiration from the human nervous system.

Information is partially processed in tiny printed circuits contained in the skin itself, mirroring the way in which tactile* sensations are generated at the fingertips. This should make it more sensitive and quicker to react, its inventors say.

“This research could be the basis for a more advanced electronic skin which enables robots capable of exploring and interacting with the world in new ways, or building prosthetic* limbs which are capable of near-human levels of touch sensitivity,” said research co-author Fengyuan Liu. 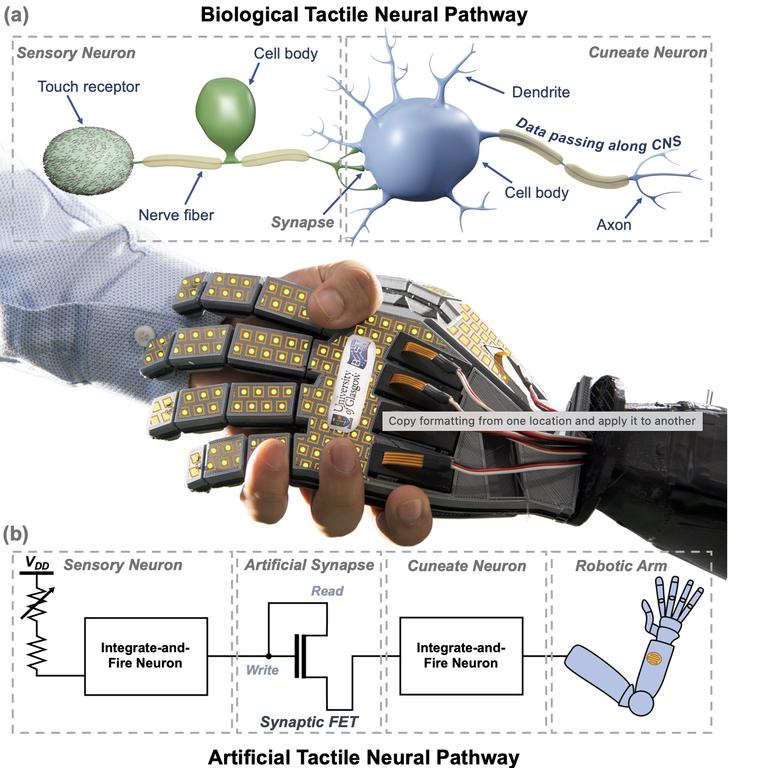 This diagram shows how the human nervous system works to sense touch (top section) and how the electronic skin aims to mimic this (bottom section). Picture: University of Glasgow

The system involves a human-shaped robot hand coated in a flexible plastic material that contains a network of pressure sensors.

When a sensor is touched, there is a change in its electrical resistance. This is designed to mimic* the way sensory nerve cells work in the human body.

A circuit built into the skin acts as an artificial synapse* – where electrical impulses pass between nerve cells. The artificial synapse refines* the signal being sent from the pressure sensor, turning it into a spike of ­voltage*. The frequency of the voltage spikes varies according to the level of pressure applied to the skin.

If the voltage spike hits a preset threshold*, it triggers a reaction. In this case, the robot hand will recoil* from a sharp jab.

“We believe this is a real step forward in our work towards creating large-scale … printed electronic skin capable of responding appropriately to stimuli*,” said lead researcher Professor Ravinder Dahiya.

This story was originally published on The Times and is republished here with permission.

AI chefs and robotic playmates in our hi-tech future

CLASSROOM ACTIVITIES
1. Possibilities and limitations
Research co-author Fengyuan Liu is quoted as saying the research could enable “robots capable of exploring and interacting with the world in new ways”. Make a list of some possible uses for robots with such an advanced level of touch sensitivity.

Can you think of any downsides to robots completing the tasks you listed?

2. Extension
Use your (clean) hands to touch some things around you. What sensations do you feel? Make a list of all of the different sensations your hands are able to register.

Do you think scientists will ever be able to invent an electronic skin that is as advanced as the human nervous system? Explain.

VCOP ACTIVITY
Real versus artificial
We’ve all seen the movies where an AI is created and they become so lifelike that we can’t tell the difference. We also know that the majority of the plot lines have a negative outcome. But for the enhancement of prosthetic limbs, I mean that could be amazing! Do you think creating near-human robotics is a good idea or a bad idea?

Write an exposition explaining your thoughts and why you feel that way.

Use emotive and persuasive language to convince your audience of your viewpoints.