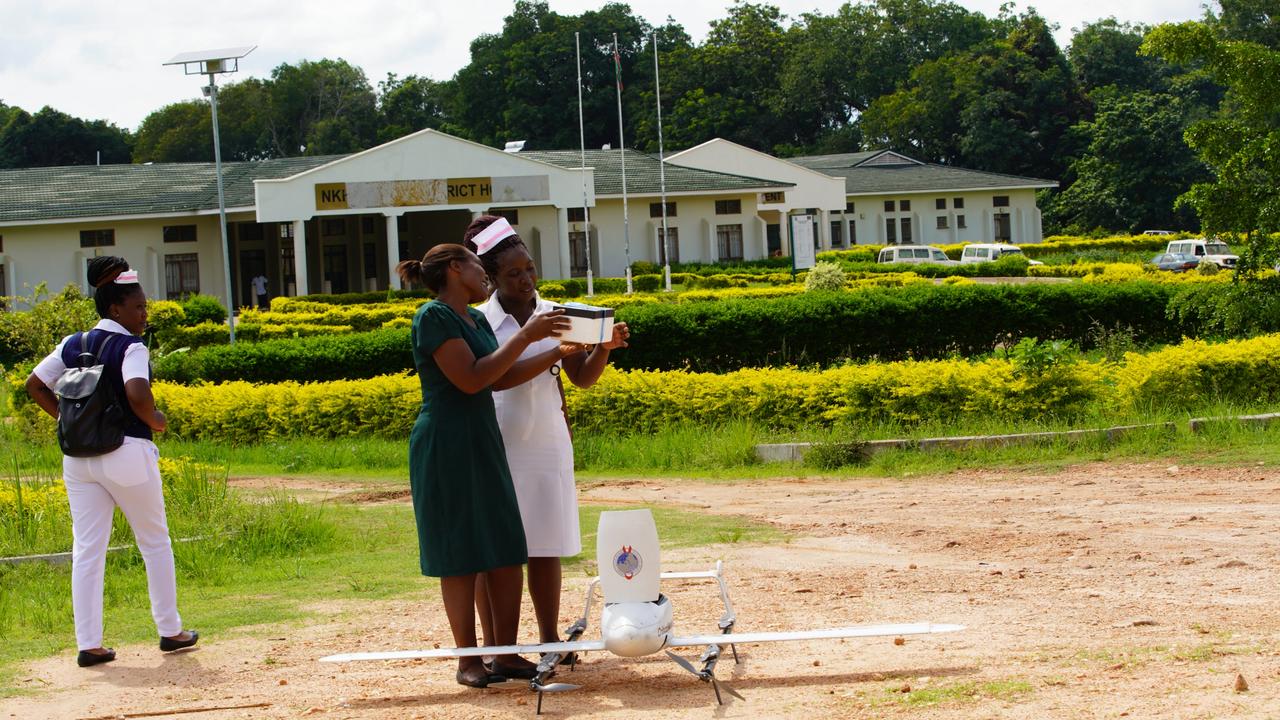 The use of drones would remove risky human interaction and preserve stocks of face masks.

A Melbourne-based drone company is already operating tiny aircraft in Africa that are transporting COVID-19 test kits to remote villages and flying the samples back for testing.

Swoop Aero is working with the Federal Government and is in talks with the Civil Aviation Authority (CASA)* in Australia and it hopes to get approval to operate in Australia by July.

The company says the infrastructure* already exists and it can begin operating here within 72 hours of approval being given.

The tiny aircraft are capable of flying up to 130km to reach a health service or a patient and can then fly samples the return 130km back to a testing laboratory. The tiny aircraft can fly for 130km and then return. Picture: Swoop Aero

“It would work well with telehealth. You could talk to your doctor on a tablet and get a testing kit delivered, self-administer the test and then we would deliver it back,” he said.

The company’s CEO Eric Peck used to fly giant Hercules aircraft for the Defence Department but now his company is using tablet computers, operated from Melbourne, to fly drones that deliver medical equipment around Mali, in West Africa.

“We are planning to launch in Australia this year to support remote and rural communities,” he said.

To prevent accidents with piloted aircraft, Mr Peck said the drones – which have a wingspan of 2.4m – have to fly below 122m above the ground. 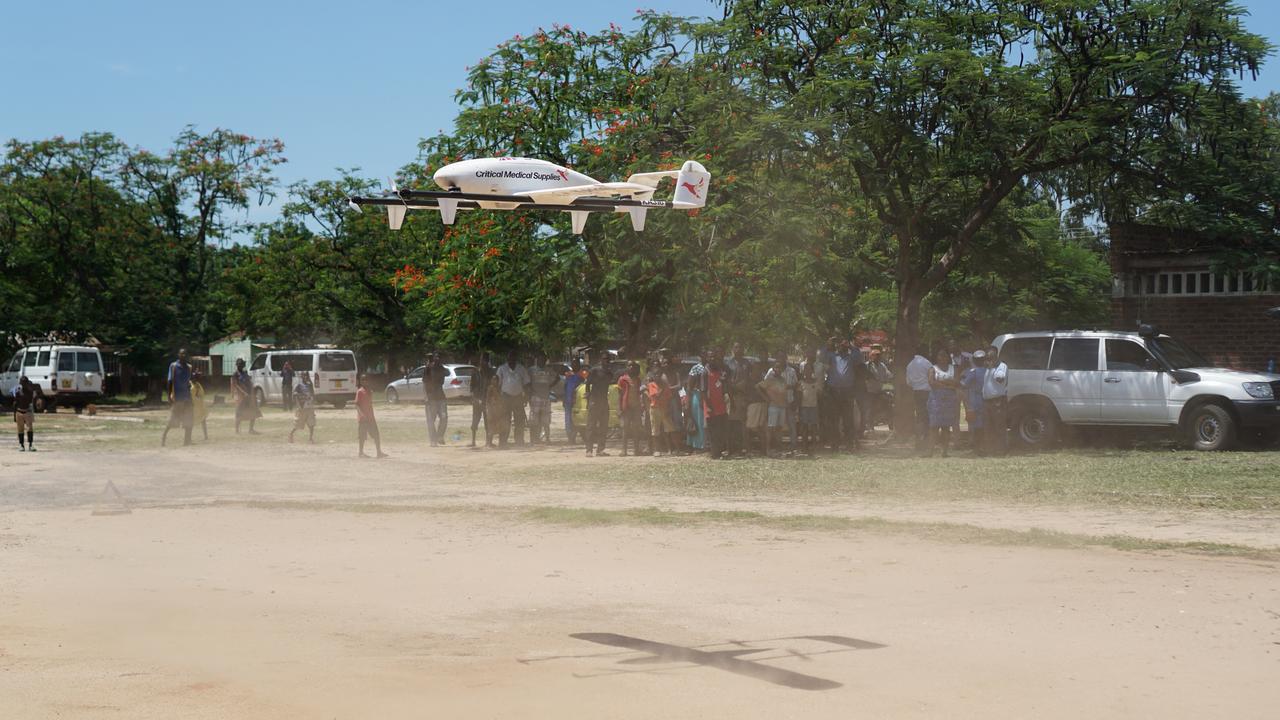 “We’re working closely with the CASA to rapidly progress approval to support regional communities,” he said.

The company is also in talks with several private healthcare companies on Australia’s east coast about using drones to help with COVID-19 management.

It is also working with chemist chains with a view to delivering medicines using drones.

The cost of a drone flight works out at around $10-$15 a flight and could be cheaper than using cars to collect medical samples from multiple medical clinics, he said.

A single drone operator can be in charge of more than one drone at a time.

The company has already provided thousands of deliveries of medical equipment and tests for aid organisations in Africa.

Snake anti-venom, test kits for the diseases HIV and tuberculosis, measles vaccinations and COVID-19 tests are among the items transported.

“We’ve seen a massive surge in demand since February and we’ve doubled the fleet size because they’ve had a measles pandemic, COVID, TB*, HIV, any samples taken by a health centre can be transported by our aircraft,” he said.

Medical drones the next frontier

CLASSROOM ACTIVITIES
1. Think about it
Why do you think that Swoop Aero has to get approval before they can fly out the COVID-19 testing kits? List all of the reasons that you can think of.

2. Extension
Imagine that the drone delivery of testing kits has been approved. Create a script or a storyboard for an online or TV advertisement. The purpose of your advertisement is to give information, that is, let people in the community know about this new service and to encourage them to use it.

What complications could there be?

Other than a delivery system, what other uses could the drones have for the Australian public?

HAVE YOUR SAY: What would you like a drone to do for you right now?
No one-word answers. Use full sentences to explain your thinking. No comments will be published until approved by editors.