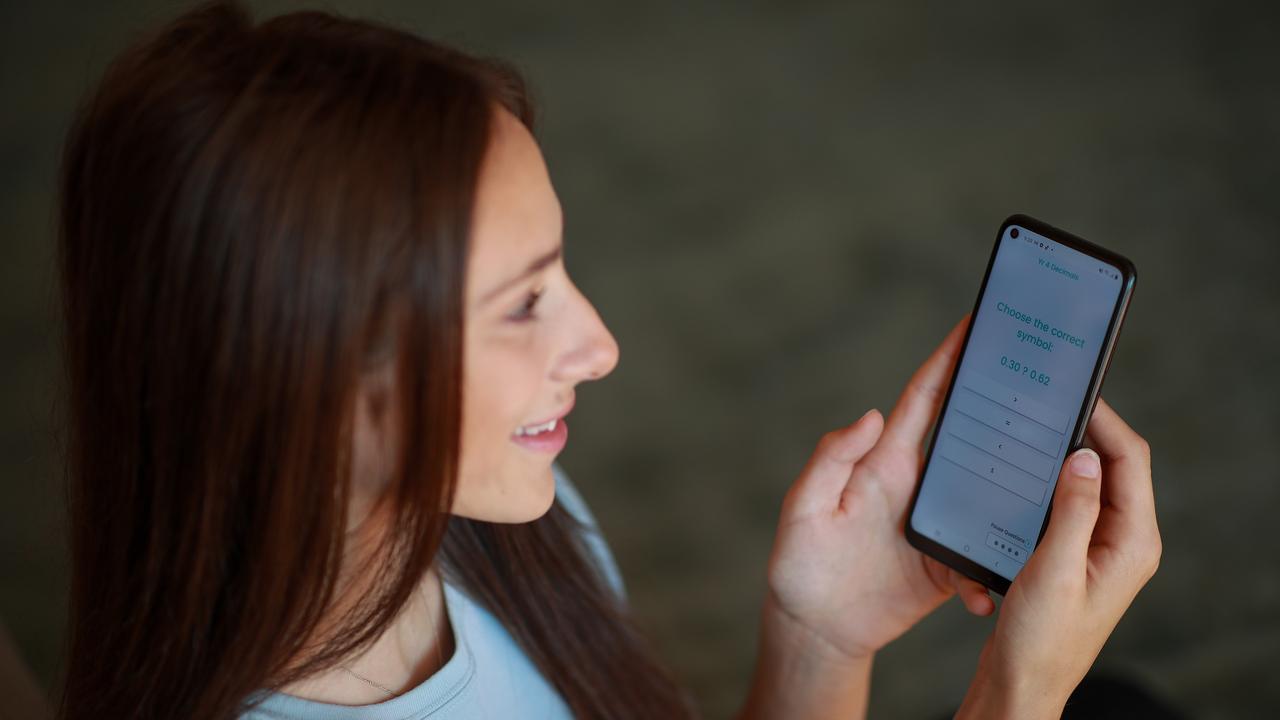 Alyssa Elnekave, 13, using the new app 1Question at home. Her parents, Ann and Issac Elnekave, have invented 1Question and 1Question Parent. The app asks kids to answer maths questions to unlock apps and games on their phones. Picture: Justin Lloyd.

Parents have a new tool in the battle over screen time, with an Australian app asking kids to solve a maths or English problem before they can unlock their phones.

Sydney entrepreneurs Issac and Ann Elnekave turned their bright idea into an app called 1Question and trialled it on their 13-year-old daughter Alyssa.

“At first I wasn’t sure about it,” Alyssa said.

“I didn’t want my friends to blame me if their parents made them get it. But once I started using it, I realised it doesn’t take that long to answer a question and it’s actually pretty cool.” Research has shown that almost half of children aged between six and 13 either have a mobile phone or have access to one.

The majority play games or use apps like YouTube for an average of about five hours a day.

“If only kids were as motivated to learn their times tables as they are their TikTok moves. We created a solution that blends screen time and study.”

Parents can download the $2.99 a month app onto their child’s phone, select their grade and curriculum subjects, then monitor each time their child correctly answers a question to open a game or app such as YouTube.

“We designed the user experience to be really simple, but underneath the hood is our incredibly intelligent AI* engine,” Mr Elnekave said.

“As your child learns, so does the AI, which (works out) each child’s areas of strength and weakness and … charts a ­customised* path for their learning.”

The app has a base of 12,000 questions developed by teachers using the Australian, British and American curriculums designed for primary school children.

There are plans to expand the app for high school students, including those taking the HSC.

Since the trial launch, Mr Elnekave said they had been “inundated* with requests for more topics almost daily.” 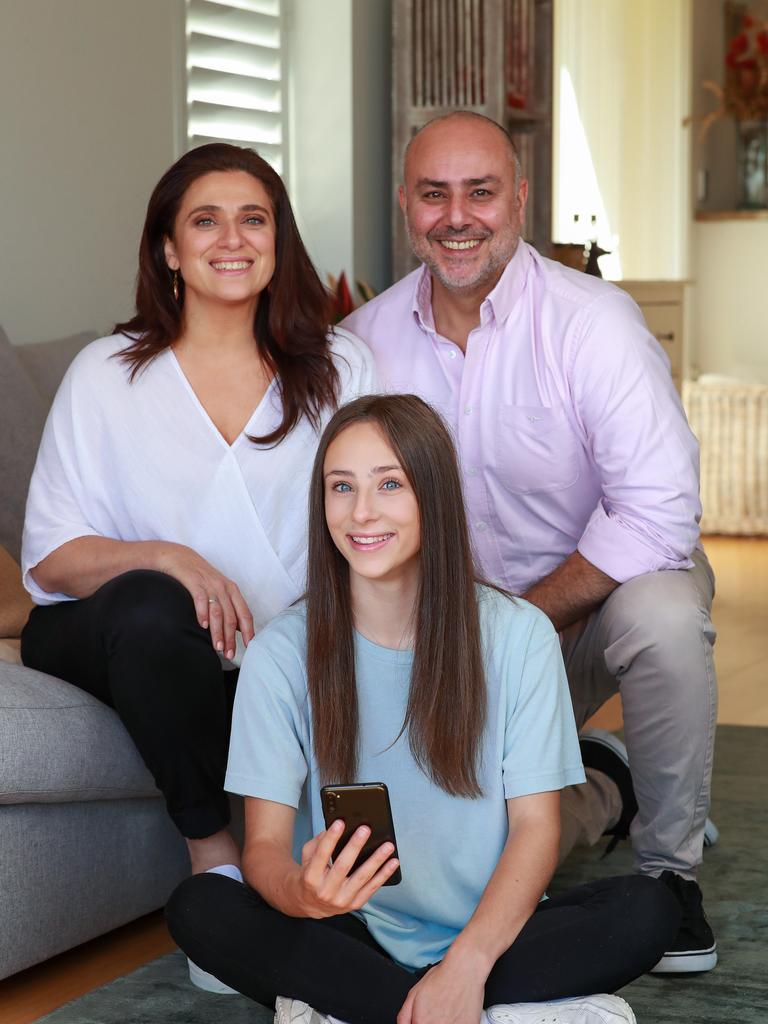 Ann and Issac Elnekave with their daughter Alyssa, 13, at home in Sydney. They have invented an app called 1Question and 1Question Parent. The app asks kids to answer maths questions to unlock apps and games on their phones. Picture: Justin Lloyd

The entrepreneurs* hope to raise $1.5 million to support launching worldwide.

They would like to match the success of language learning app Duolingo, which has been downloaded 300 million times and is valued at $US 2.4 billion.

The couple have also won the support of their neighbours, including actor Gary Sweet, who echoed the thoughts of many parents when he said, “Where was this app a few years back?!”

May 5 is World Maths Day.

Students from preschool to year 12 from 150 countries around the world take part in 60-second maths battles, doing their best to get as many questions correct within one minute.

Since the competition began in 2007, more than 10 million competitors have answered more than one billion maths questions!

Entry to World Maths Day is now open at worldmathsday.com

There’s a huge dinosaur in my kitchen

What fascinating job will Future You do?

COVID maths: all the world’s virus in a drink can

Answer the following five mental maths questions before going out to play today!

Is this a good or bad idea?

Is it a good way to fit a bit of extra learning time into your day?

Here’s the 5 questions, then you can go to play:

Milly and Molly’s ages add up to 19. Milly is 3 years older than Molly. How old are they?

Children between 6 and 13 can spend an average of about 5 hours per day playing games or on apps. Work with a classmate and brainstorm some ways that you can ensure this screen time is valuable and not just wasted time. How can you ensure kids are learning something?

Can you think of other App ideas that might interest kids to learn?