Inspired by Eddie’s unlikely path to the Winter Olympics, Jarvis is now dreaming of his own great sporting moment: representing Australia in snowboarding at the 2026 Winter Paralympics in Italy.

Jarvis has shared his dream in a heartwarming video he has entered in the 12th annual Focus on Ability international short film festival, which aims to raise awareness of just what those with disability can achieve.

His video entry, titled “Jivi’s Ability”, is gaining global attention – including a post on the message board from Eddie the Eagle himself.

The message reads: “Hello Jarvis. Just seen your video of your story so far … amazing. I hope you go from strength to strength and achieve your ambition of competing at the Winter Olympics. I’m glad you like the film Eddie the Eagle. I loved it, they did a wonderful job. Take care and good luck, Eddie.”

Edwards famously had a tough battle to be allowed to compete at and qualify* for the Winter Olympics in the ski jump.

Jarvis’s goal of representing Australia in snowboarding is just as bold* – but even more challenging because of his genetic* condition. Eddie “the Eagle” Edwards competes in the ski jump at the 1988 Winter Olympic Games in Calgary, Canada, in 1988. Picture: Bob Thomas/Getty Images

“It can cause a range of different physical and intellectual impairments*, but for him it causes low muscle tone, slight developmental delay and issues with co-ordination, which is what makes sport so hard.”

Such difficulties haven’t deterred* Jarvis, who has wanted to play team sports and compete since the age of four.

After trying soccer, rugby, tennis, boxing, karate, water polo and jiu-jitsu over the years, last year Jarvis discovered that his condition is recognised in a classification* for Para Snowboarding competitions. This means he can compete against other snowboarders who have the same condition, making it a much fairer competition.

His lifelong passion for participating in sport now has a clear goal.

“He’s pretty determined … he called me one day saying, ‘I almost came second last’ – in the simplest, most beautiful tone of genuine excitement, he was really excited that he nearly got second last.”

His mum, dad Rupert and younger brother Austin, 11, have led Jarvis’s cheer squad, accompanying him to speech, physical and occupational therapy appointments all his life.

Ms Smoker said carers, coaches and their local community in Sydney’s inner west had always been an “amazing” support – including local dad and cameraman Reiner Schuster, who donated his time and talent to make Jarvis’s video. Jarvis is determined to make it to the 2026 Winter Paralympics in Italy and has shared his dream in a video sent to the Focus on Ability international short film festival. Picture: supplied.

“We’ve just grown up in this community,” Ms Smoker said. “But for the dads, the mums and the local kids, he would not be the kid he is. They’ve just given him so much support and confidence.”

Since the video went live, the family has been stopped in the street by parents and kids who find Jarvis’s example inspiring.

“It is a bit of a bright spot in what has been a challenging year,” Ms Smoker said. “It’s super uplifting and it has really struck a chord, inspiring the kids to really show determination and grit, and set a goal and go for it.”

Voting in the Focus on Ability competition closes September 21. You can vote for Jarvis here. 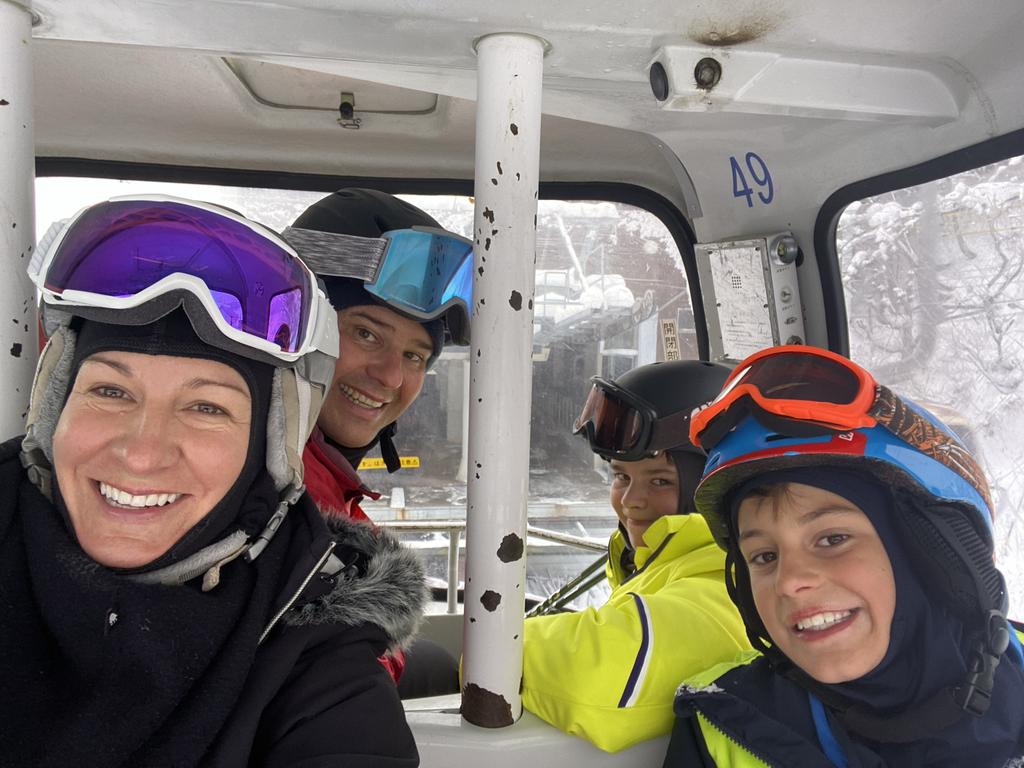 CLASSROOM ACTIVITIES
1. Similar stories
Do some research about Eddie Edwards to find out more about his story. Then identify three aspects of Jarvis’s and Eddie’s stories that are similar. For each commonality you identify, write a subheading and then a couple of sentences to further explain the connection you have made.

HAVE YOUR SAY: How would you choose to represent your country?
No one-word answers. Use full sentences to explain your thinking. No comments will be published until approved by editors.