Planking to raise money for CRPS. Daniel Scali has just been approved to attempt to break the world record for the world's longest abdominal plank. Pictured at Henley Square, SA. Picture Roy VanDerVegt

The world record for the longest abdominal* plank is a whopping eight hours, 15 minutes and 15 seconds.

It was set last February by an ex-US marine named George Hood, who was an impressive 62-years-old at the time.

Now South Australia’s Daniel Scali wants to break that record, even though he has complex regional pain syndrome, which developed when he broke his left arm after falling off a trampoline as a 12-year-old. 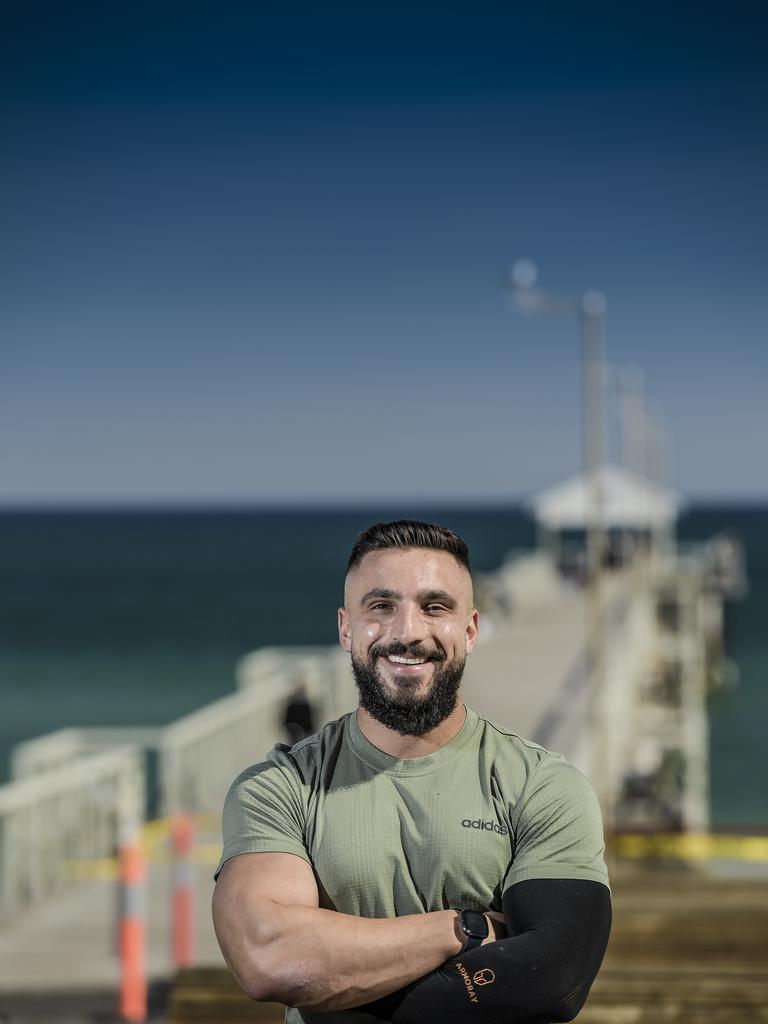 Daniel Scali has suffered from complex regional pain syndrome since falling off a trampoline at the age of 12. Now he’s raising money for Pain Australia while attempting to break the world record for planking. Picture: Roy VanDerVegt

He has suffered from CRPS ever since, which is caused by improper* function of the nerve fibres that carry pain messages to the brain.

The condition means that even simple things like soft touches, water and certain movements cause him chronic pain.

Now 27, Scali is planning to make the world record attempt in July and said all money raised will go to Pain Australia.

At the moment, Scali can plank for up to five hours and watches a few movies or TV to help keep himself entertained while training.

“I am attempting to beat the world record for planking to help raise awareness for people dealing with chronic pain and specifically complex regional pain syndrome,” Scali said.

“I’ve learnt to adapt my life and my situation to it because I had it when I was so young.

“But growing up was a little bit challenging, dealing with it day to day.

“It’s painful to think that depression rates are four times higher in people with chronic pain.

“The idea of planking came about because it’s a mental and physical challenge.

“Dealing with pain, you’re going through the mental side of it as well as the physical side of it.” 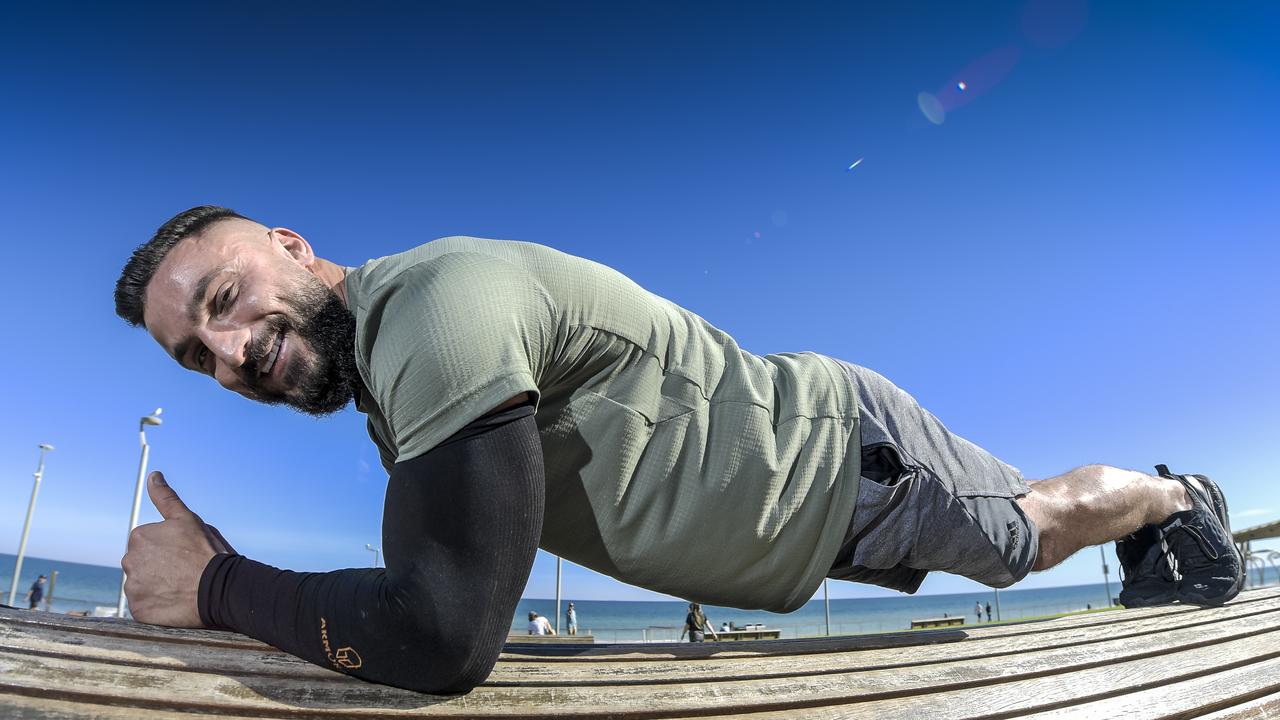 Daniel Scali has suffered from CPRS for the past 15 years. Picture: Roy VanDerVegt

To help relieve the pain, Scali wears a compression* band on his arm and tries to reprogram his damaged nerves with physio and nerve blocks* that can lead to being in hospital for a week.

“About 3.4 million people in Australia are living with chronic pain,” Scali said.

‘I’d like to get the world record, but if I can raise money and awareness for complex regional pain syndrome, to me, that’s my main objective.”

Work with a friend for this activity. You will need a timing device (e.g watch, clock, stopwatch, etc.)

Take turns to plank. You can choose a standard plank (on hands) or a forearm plank. Hold your body up with your toes and hands/arms touching the floor. Your body should be straight with your core muscles tensed. Try not to arch your back or poke your bottom up. Time each other as you hold your plank. Stay in position for as long as you can. Record your time at the end of each plank. Have 3 attempts each.

Who could plank for the longest?

What did you do to help keep you focused while you were planking? Did you think about something or engage in positive self-talk? Write down your best tip for holding a plank for as long as possible.

After reading the article, with a partner, highlight all the openers you can find in blue. Discuss if they are powerful and varied openers or not. Why do you think the journalists have used a mix of simple and power openers? Would you change any, and why?