Richmond’s 31-point win over Geelong delivered a third flag to the Tigers in four years, making the team one of the greatest of all time.

And Storm claimed its second premiership in four years and its fourth overall with a nailbiting six-point victory over fast-finishing Penrith. Saturday night’s AFL decider was part one of a weekend Grand Final footy feast like we’ve never seen before, with the NRL Grand Final following on Sunday night.

The finales* brought to an end an extraordinary season for the footy codes, with coronavirus shutting down competition earlier in the year and teams moving into playing hubs so games could resume in front of reduced crowds.

A crowd of just under 30,000 at the Gabba in Brisbane witnessed the AFL’s first Grand Final outside Victoria and the first at night. Tiger Dustin Martin gets around Geelong star Patrick Dangerfield to kick one of his four goals. Picture: Sarah Reed

Geelong got the jump on Richmond in the first half, leading by as much as 22 points.

But Tiger Dustin Martin, who was awarded the Norm Smith medal for being the best player on the ground, got his team back in the contest with a goal just before half time and three more in the second half.

Richmond booted nine goals in the second half to Geelong’s two. The final score was 12.9.81 to Richmond and 7.8.50 to the Cats. It was the third time Martin had been named best on ground in a Grand Final, making him the only player to win three Norm Smith medals.

Richmond took time out from its celebrations to form a guard of honour for retiring Geelong champion Gary Ablett.

Ablett, who played on bravely after injuring his shoulder in the first quarter, was cheered off the ground by a line of his teammates on one side and Richmond opponents on the other. Cats champion Gary Ablett is cheered off the ground by a guard of honour formed by Geelong and Richmond players and officials. Picture: Ian Hitchcock/Getty Images

In the NRL decider, Storm dominated* early and went into the halftime break at 22 to nil.

But the Panthers refused to give up, with three late tries resulting in a nailbiting finish to the 2020 decider in front of about 40,000 fans at Sydney’s ANZ Stadium. 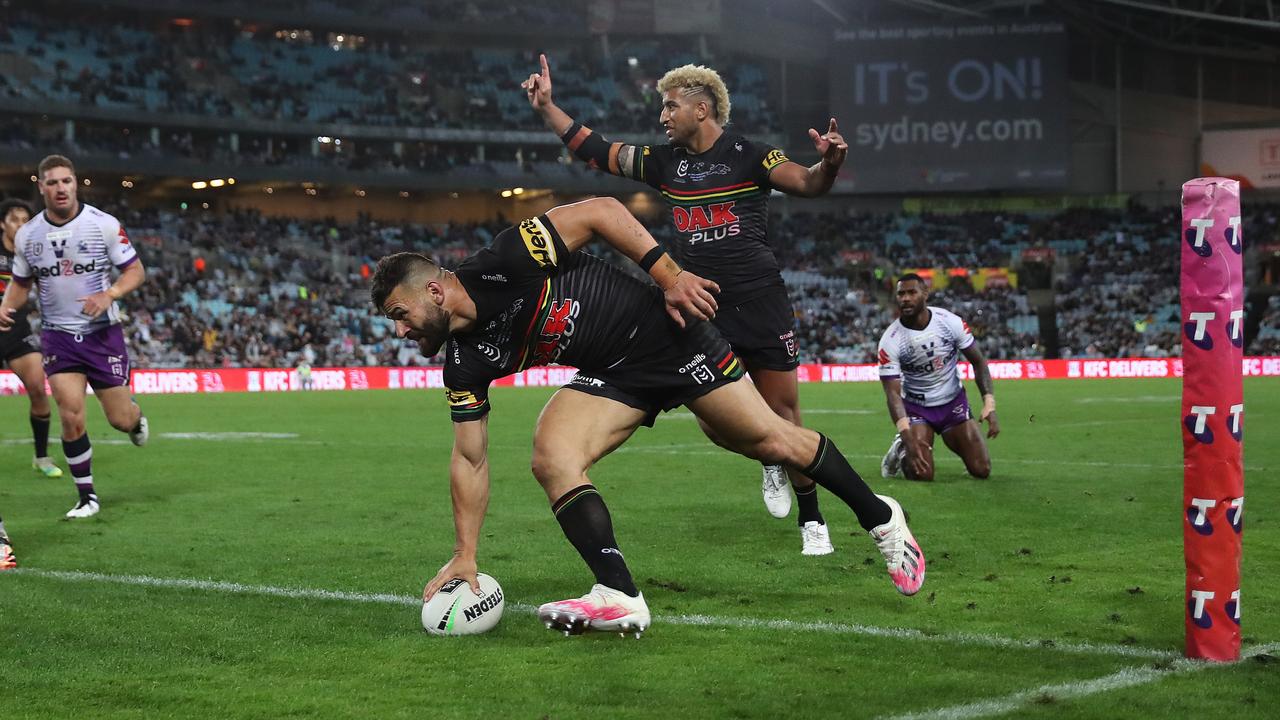 While most Victorians had to be content* with watching the AFL on television, that did not dent their excitement for the first all-Victorian Grand Final since 2011.

In Melbourne, fans decorated homes and businesses in Geelong’s blue and white and Richmond’s yellow and black colours.

One Richmond fanatic, Charli Ferguson, even painted her cow, Macie, in Richmond colours. 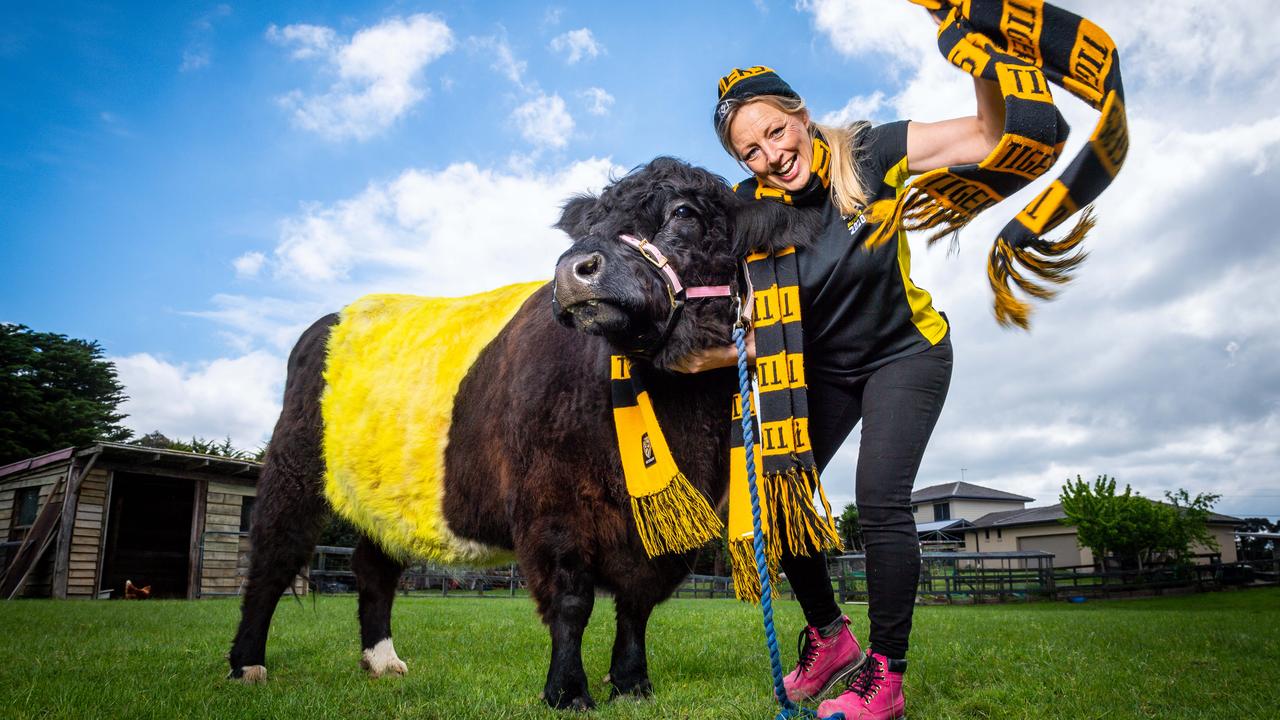 Producers of the AFL Grand Final entertainment promised to light up Brisbane. Local band Sheppard took to the stage for the halftime show, while Busby Marou, Thelma Plum and DMA’s were among the acts providing pre-match entertainment.

Fans also played a part in the spectacle*, each given a state-of-the-art wristband on entry to transform the stadium into a technicolour* cauldron*.

While Penrith finished the season on top of the table, with 18 wins from 20 matches, Melbourne was considered by many to be the favourite to win.

AFL and NRL clubs vote to play on despite virus

CLASSROOM ACTIVITIES
1. Pump Up the Team!
Imagine you were asked to give a talk to one of the teams in this year’s AFL or NRL Grand Final just before they ran out onto the field. The aim of your talk is to motivate them as much as you can. You must also help them to turn the challenges of this season into something that inspires them to play their best.

Write the speech that you would give them.

2. Extension
Ash Barty presented the AFL trophy to Richmond. Do you think that she should have presented it to Geelong if they had won? Write a post or letter to Kids News giving your opinion on this question. Back up your opinion with explanation and examples — persuade your readers that you are right!

HAVE YOUR SAY: Which team were you supporting and why?
No one-word answers. Use full sentences to explain your thinking. No comments will be published until approved by editors.