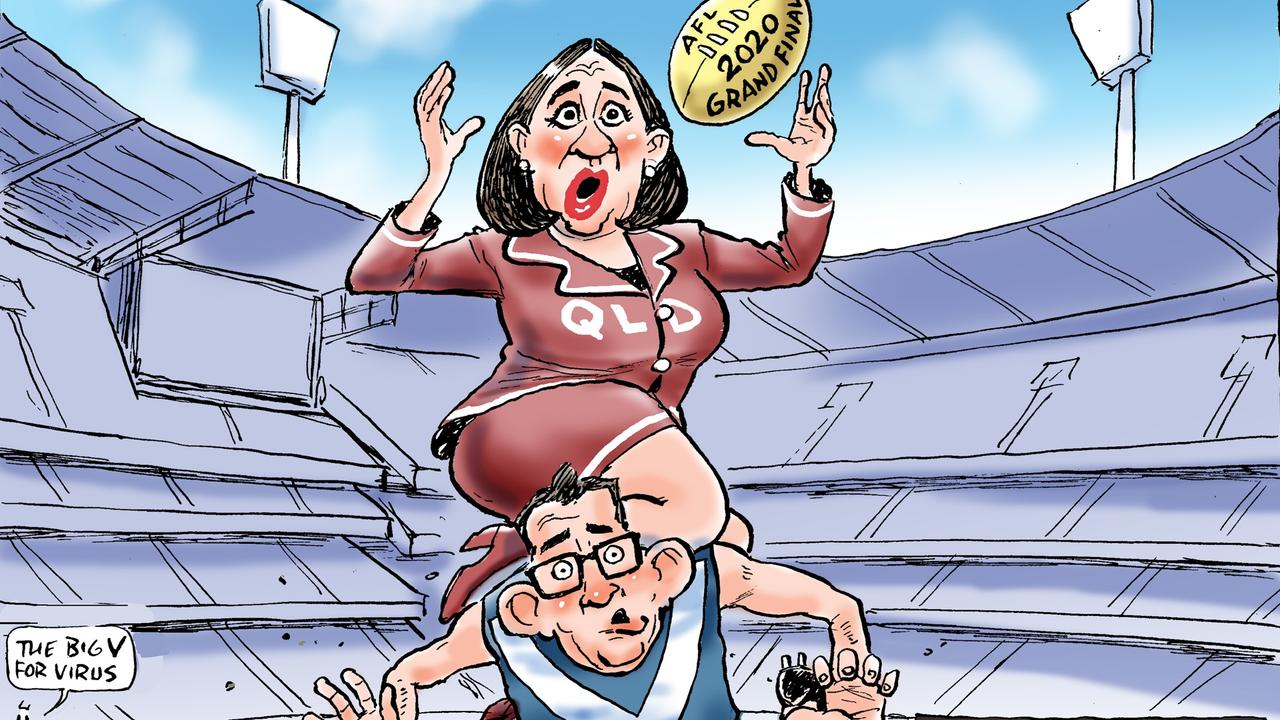 The AFL Grand Final is one of the major sporting events of the year.

It has been held in Melbourne since 1898 and at the famous MCG since 1902, where Collingwood defeated Essendon in front of 35,202 spectators.

During WWII it was not played at the MCG because it was being used as an army camp and in 1991 it was played at VFL Park while the ‘G’* was being renovated. But they are the only years it has been absent from this hallowed* venue.

Last year more than 100,000 people were at the ground to see the Richmond Tigers take home the Premiership Cup. That’s a lot of history and tradition!

Scoring a ticket to the AFL Grand Final is like winning Lotto. And to attend the Grand Final on that last Saturday in September is an experience never to be forgotten, particularly if you’re watching your own team win. It is our modern day Colosseum!

But things are different this year as we all know. The coronavirus has turned our normal lives upside down.

And so it is with major sports. The AFL has had to play games in QLD, WA and SA because of the second wave of coronavirus cases in Victoria. The home of Australian Rules football will not see a game played for most of this season due to the lockdowns. And that means one thing: the AFL Grand Final more than likely will not be played in Victoria at the MCG! I hear the sound of diehard* fans fainting!

This was a topic I wanted to look at in a cartoon. I used my three-step approach in this case. No. 1: What is my topic? In this case it is the Grand Final moving away from Victoria.

No. 2: What do I want to say? I want to say that many Victorian football fans are shocked that the biggest sporting event on the calendar is going interstate.

No. 3: How do I convey* or illustrate this message? Now that is the tricky part. One idea was that I would draw the players in the annual Grand Final Parade heading out of Melbourne and up the highway to Queensland! The sunshine state seemed to be the state most likely to hold it. Or would I concentrate on the political leaders who were lining up to fight for the prestigious right to hold it? Maybe I could combine both politician and footballer in the one cartoon. But how?

The idea came to me when I thought about what were the most outstanding aspects of the game. To me, it is the big marks that players take. The crowd goes wild when a player soars high and takes a grab.

We remember all the big marks too. “Jezzalenko you beauty” is a phrase etched* into our memories. The legendary footy song ‘Up there Cazaly’ is about high flying Roy Cazaly who played for the Saints and then the Swans from 1911 ’til 1927.

To take a big mark over your opponent is seen as a win for that player so it was a good visual metaphor to use. I would feature a big marking contest in the drawing but it wouldn’t be current footballers flying high, it would be the politicians fighting it out.

The Premier of Queensland is Annastacia Palaszczuk. I started sketching her leaping up onto the shoulders of her opponent, arms stretched out, hands ready to grab the ball that was the 2020 Grand Final for Queensland.

And of course she is soaring over the beleaguered* Victorian Premier Dan Andrews, who will most likely lose this contest to hold the event. I liked the body language of the two politicians in the cartoon, which spoke loudly of their current situations. 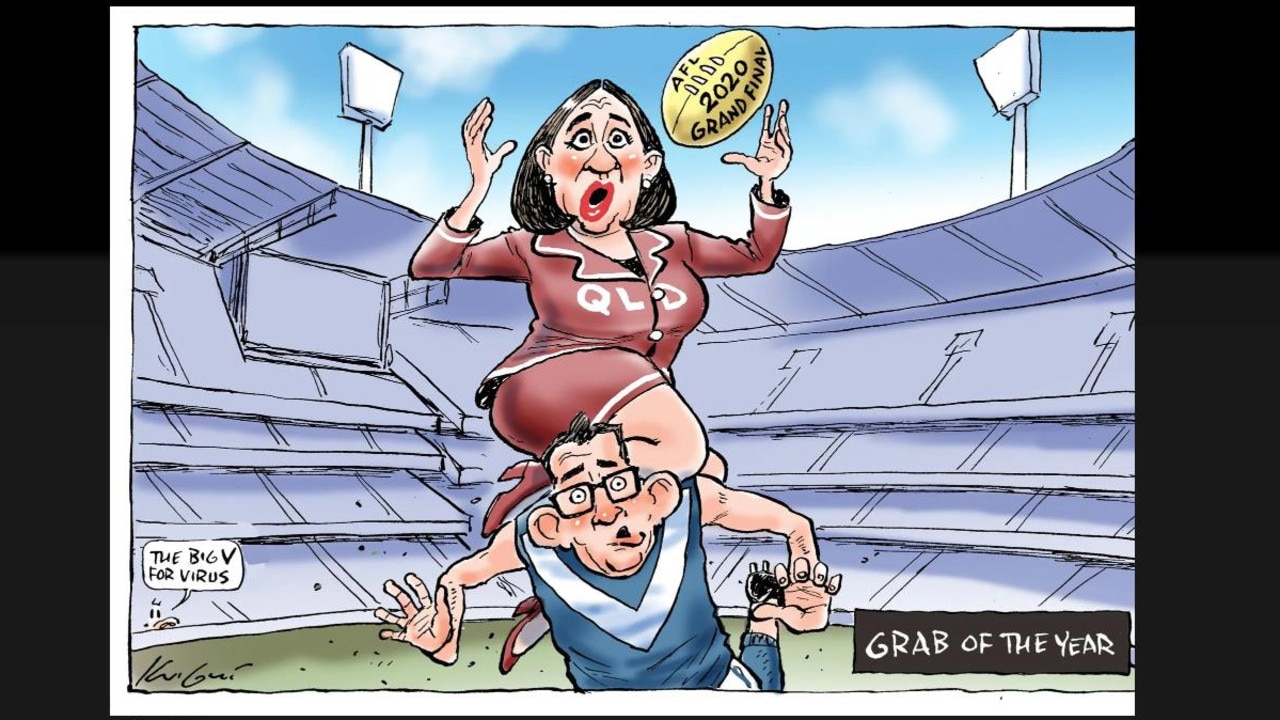 You will note that the ball is not quite in the Qld Premier’s hands. The venue has not been decided as I’m writing this. But she is in the box seat to hold the AFL Grand Final. And if she does take that ‘big grab’ for Queensland we will all be singing “Up there Annastacia!” CLASSROOM ACTIVITIES
1. Explain it
Read the article and then summarise in two or three paragraphs what it is about and why Mark Knight decided to draw it this way.

Think of a one-line caption that helps younger readers understand the cartoon.

Then think of a new line that the little character at the bottom could say.

HAVE YOUR SAY: Who should host the 2020 AFL Grand Final?
No one-word answers. Use full sentences to explain your thinking. No comments will be published until approved by editors.