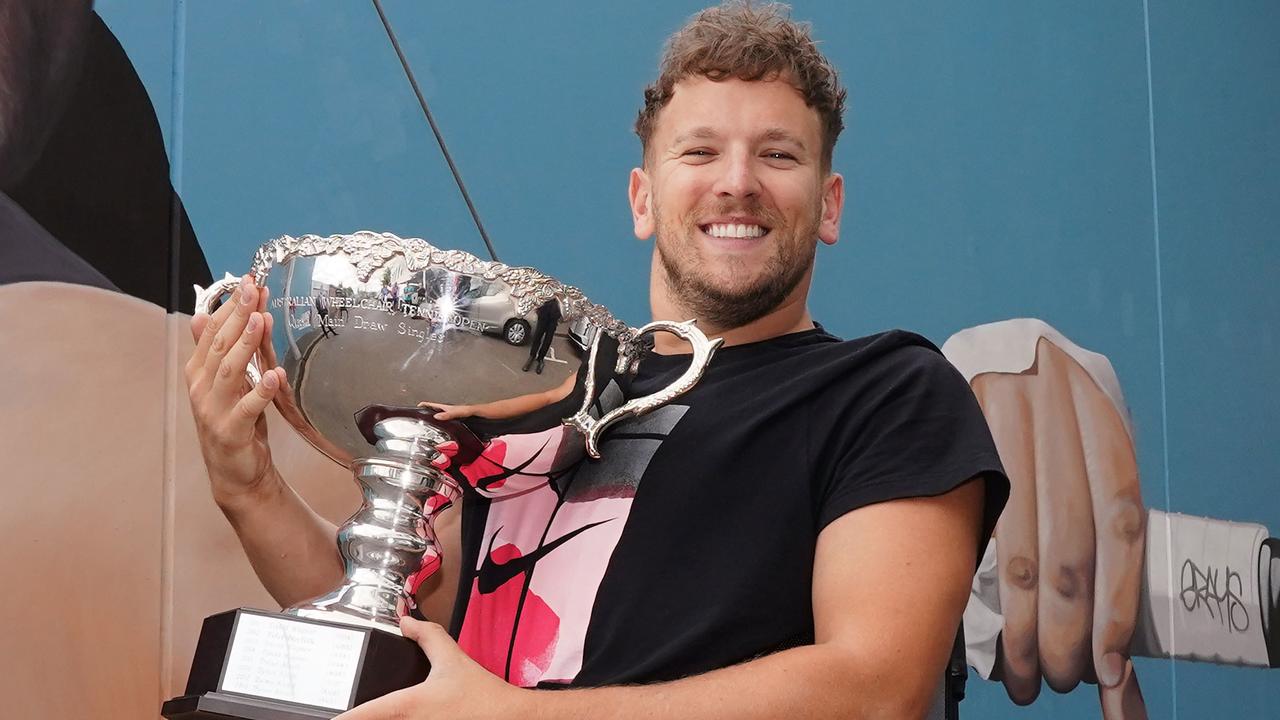 The Australian star claimed his 10th grand slam — his sixth on home soil — with a 6-0 6-4 win in the wheelchair quad final over British rival Andy Lapthorne yesterday, just over four months since Lapthorne defeated the Melburnian at the US Open. “I really stuffed up the US Open. I was pretty devastated, like gutted, hated myself, hated tennis a bit.

“I really worked hard on myself since then. New mindset* coach, new strength trainer, just really working on everything, obviously being a Paralympic* year and things.

“The first set, best tennis I ever played.” And the win wasn’t just for him, with $40,000 raised by Alcott and sponsors for every ace he served to be donated to assist those with disabilities who have been affected by the bushfires.

“Obviously all Australians losing their houses and things like that, if you magnify that and times that by having a disability where you then have to retrofit* your house again and all that, it’s pretty gnarly*,” he said. 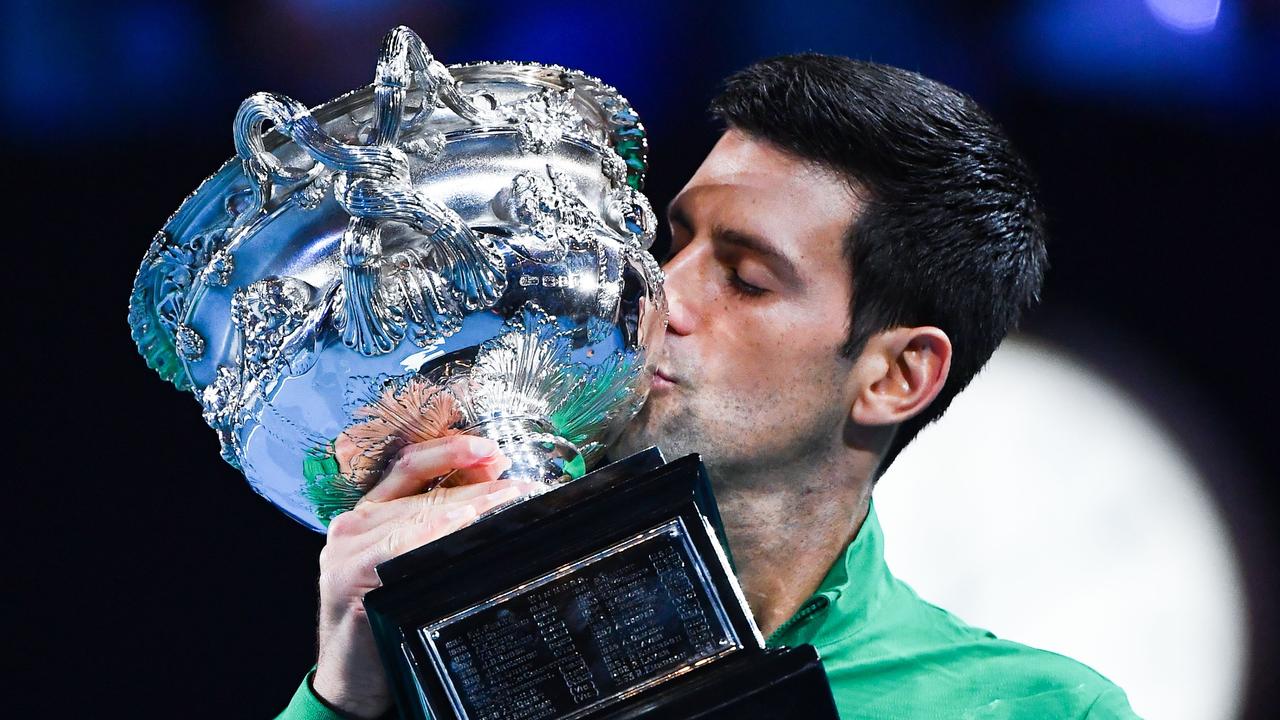 “Definitely my favourite court, my favourite stadium in the world, and I’m blessed to hold this trophy once again,” Djokovic said.

Djokovic is the first man in the 52-year Open era to win grand slam* titles in three different decades, and just the second in history after Ken Rosewall won majors in the 1950s, 1960s and 1970s. Sofia Kenin of the US kisses the Daphne Akhurst Memorial Cup after winning against Spain’s Garbine Muguruza. Picture: AFP

Kenin, 21, fought back from a set down to win 4-6 6-2 6-2 on Saturday night making her the youngest player to win the Open since fellow Russian-born American Maria Sharapova in 2008. The wildcard* pairing lost 6-4 6-2 loss to the American-British duo of Rajeev Ram and Joe Salisbury in Sunday’s final on Rod Laver Arena.

But the result gives Purcell and Saville a rankings boost that will see them gain automatic entry to this year’s other grand slam tournaments, as well as a runners-up cheque for $380,000.

CLASSROOM ACTIVITIES
1. Questions for the champ
If you have been following the Australian Open tennis, you have probably seen many press conferences with players after games. Imagine you are a journalist and make a list of five open questions (not yes/no answers) that you would have liked to ask Dylan Alcott after his win.

2. Extension
Work with a partner to brainstorm all of the qualities you think would be needed to become successful as a disabled athlete, like Dylan Alcott has done.

HAVE YOUR SAY: Write an inspirational message to Dylan Alcott about his win.
No one-word answers. Use full sentences to explain your thinking. No answers will show until approved by editors.