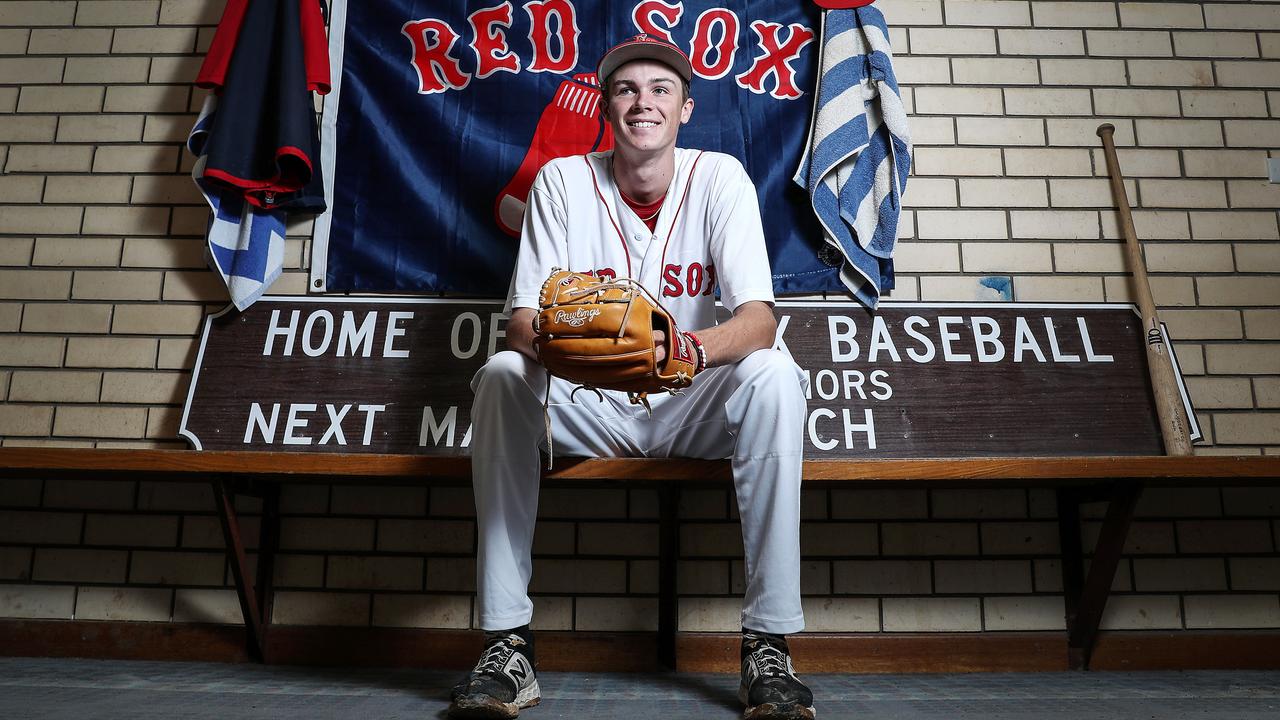 Riley Yeatman has dreamt of pitching to big-name hitters during a US Major League Baseball match.

Now the rising star from Adelaide is one step closer to that becoming a reality.

Riley, 17, was this month signed with the San Diego Padres.

The pitcher will begin as a rookie* next year with the Padres in the Arizona League, after completing Year 12 at SEDA College, Richmond.

He will aim to follow in the footsteps of the three South Australians affiliated* to MLB organisations — Jack O’Loughlin, Josh Tols and Curtis Mead.

Riley was proud to join the strong MLB club, which has claimed two National League pennants (1984 and 1998).

“Growing up, dad (Steve) was playing baseball, so since I was born I’ve had a ball and bat in my hand and it’s been baseball every weekend,” Riley said.

“It feels really good to finally live my dream and start my journey as a professional baseball player.

“San Diego (selectors) saw me play in 2018 as an under-15 at the world cup in Panama and they’ve been speaking to me over the past couple of months to make this dream come true.”

Riley has been working toward playing baseball in the US since he was a youngster and always shown potential*. 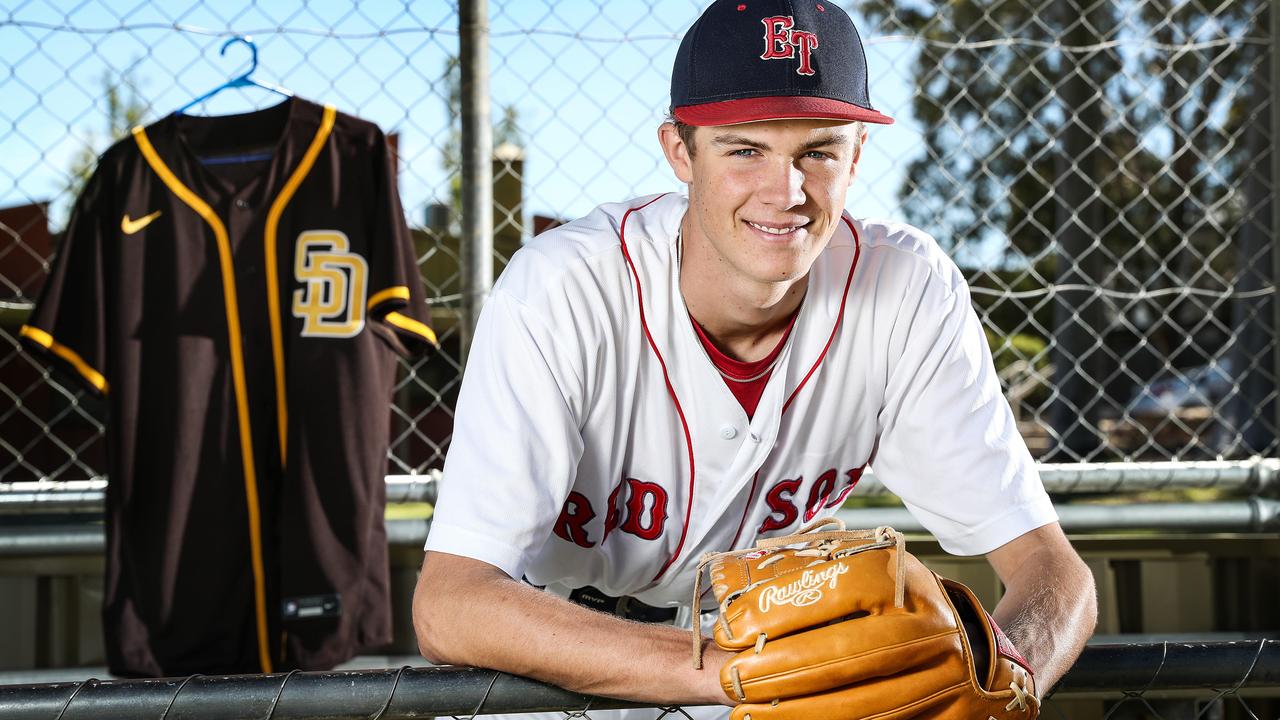 He has been part of Australian junior teams, which went to world cups in under-12 and under-15.

He is now preparing to take part in a national junior baseball camp at the Australian Institute of Sport in Canberra across the Easter weekend — a key part of selection for the under-18 world cup, scheduled for later this year, pending* COVID-19 restrictions.

It comes after his involvement with the Adelaide Giants’ Australian Baseball League training squad but he was ineligible to play until he turned 17.

He was added to the Giants’ playoff roster as he turned 17 on the second day but Adelaide was eliminated and he did not make his debut.

Riley said the Padres would be giving him training schedules to follow in the next few months and he was keen to get stuck into it.

“I think they are going to fly over here in a couple of months and give me a physical and a gym program,” he said.

“They’ll stay in contact with me until next year.

“Hopefully I can then make my way up into the Minor League team and then the big league.

“It’s a privilege to be one of the Australians getting a chance over in America and I am really excited to get over there and hopefully play baseball for the rest of my life.” Fernando Tatis Jr. of the San Diego Padres bats against the Milwaukee Brewers on March 3, 2021 in Peoria, Arizona, US. Picture: Christian Petersen/Getty Images/AFP

CLASSROOM ACTIVITIES
1. Passion and practice makes perfect
It is clear from the story that Riley has been passionate about baseball all his life and that lots of practice has contributed to his success. Highlight all of the parts of the story that provide evidence of Riley’s passion for and practice of baseball.

2. Extension
What are you passionate about? Write a paragraph to explain your passion and list the things you do (or could do) to practice this passion.