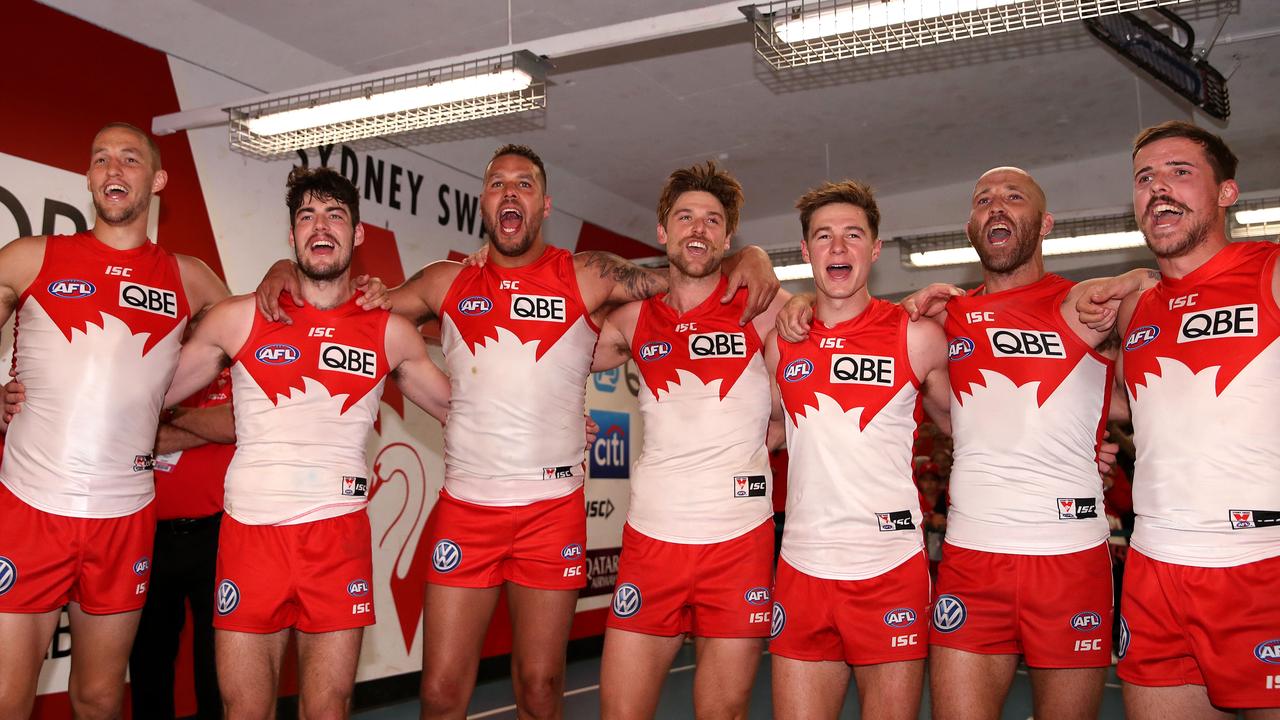 Swans players sing their team song in 2019 after winning AFL match between the Sydney Swans and St Kilda Saints at the SCG. Picture: Phil Hillyard.

The Sydney Swans have made a change to the team song they’ve been using since the 1960s in an effort to be more inclusive*.

Not long after Australia’s national anthem* officially moved to ‘one and free’ in January, the Sydney Swans say their family includes more than just ‘sons.’

The AFL club is getting with the times by changing two words in the club song that players sing after a victory. 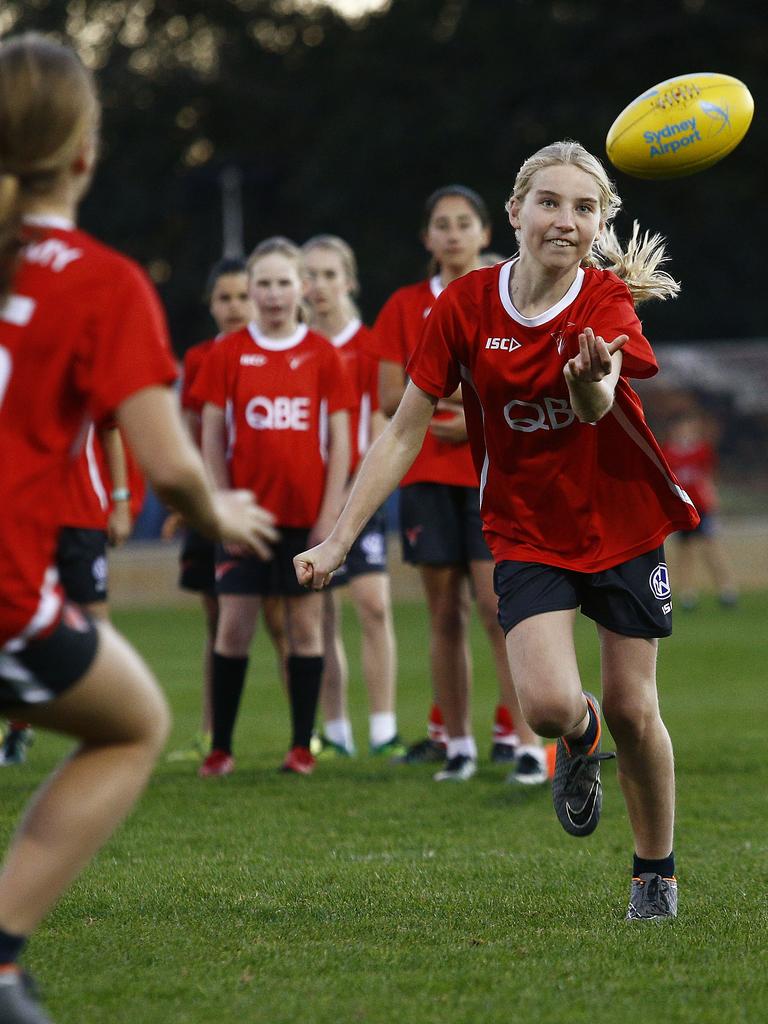 The Swans’ verse, which was adopted in 1961 and is an adaptation* of the second verse* of the University of Notre Dame Victory March, reads:

Cheer, cheer the red and the white,

Honour the name by day and by night,

Shake down the thunder from the sky

Whether the odds be great or small,

Swans will go in and win over all

While her loyal sons are marching

But the club announced a small edit* to the second to last line on Thursday.

“We are a proud, historic and inclusive club and we are excited about our future,” a statement from the club read.

“A key part of that is the expansion of our Sydney Swans Youth Girls Academy program and looking ahead to a future AFLW team. Swans members and fans should know we are working hard towards a women’s team.

“In light of the continual evolution* of our club, we have made a small but important change to our club song which is reflective* of who we are and where we are going.

“The second last line of our song will now read ‘While Our Loyal Swans are marching, onwards to victory’.

“It’s an important change and one which our Sydney Swans Academy U19 side have already implemented, singing it proudly in their recent victory over Geelong.

“We look forward to members and fans singing along with our AFL team and all our academy teams in the future.” 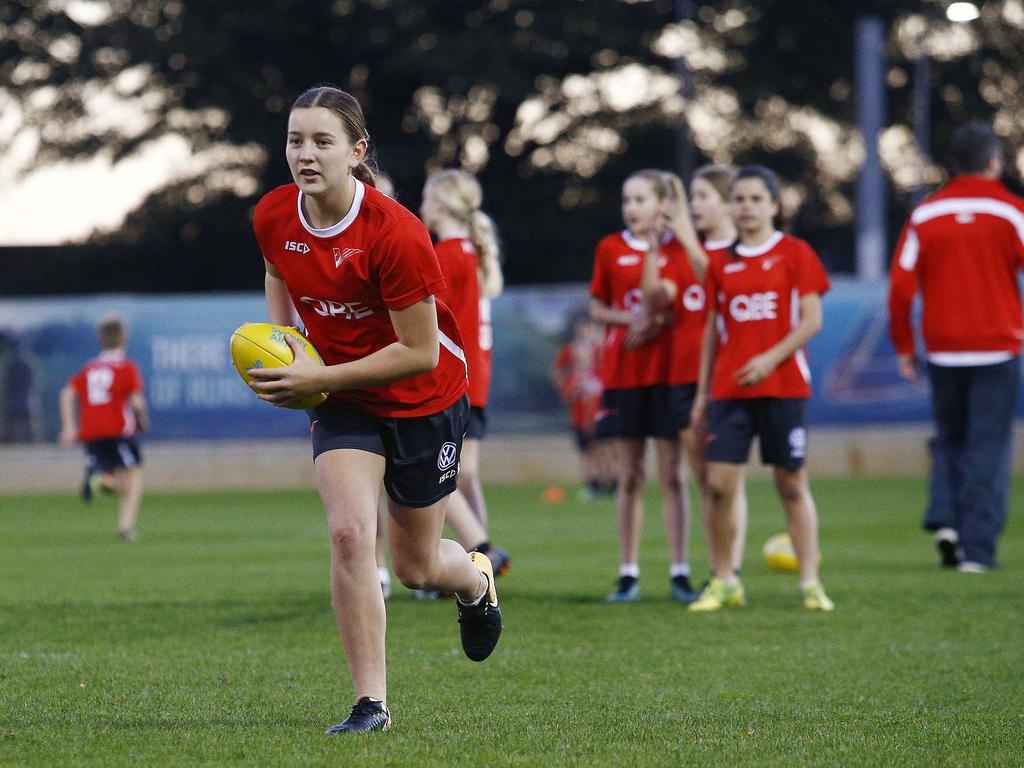 The Australian national anthem was recently updated to include the line ‘for we are one and free’ instead of ‘for we are young and free.’ Some professional performers are still getting used to the change, with Australian singer/songwriter Gordi slipping up ahead of February’s Australian Open men’s singles final.

But some, including Indigenous boxing great Anthony Mundine, remain unhappy with the anthem.

CLASSROOM ACTIVITIES
1. Letter to the editor
Public opinion is often divided on topics such as this one. There are some people who will support the move to make the Australian national anthem and the Sydney Swans club song more inclusive, and others who will deem the changes unnecessary for a variety of reasons. Write a “letter to the editor” expressing your position on one or both of the changes. Be sure to include the reasoning for your opinion.

2. Extension
What do others in your class, school or family think about this topic? Create a “vox pop” by asking some of them and filming their answers.

VCOP
1. Summarise the article
A summary is a brief statement of the main points of something. It does not usually include extra detail or elaborate on the main points.