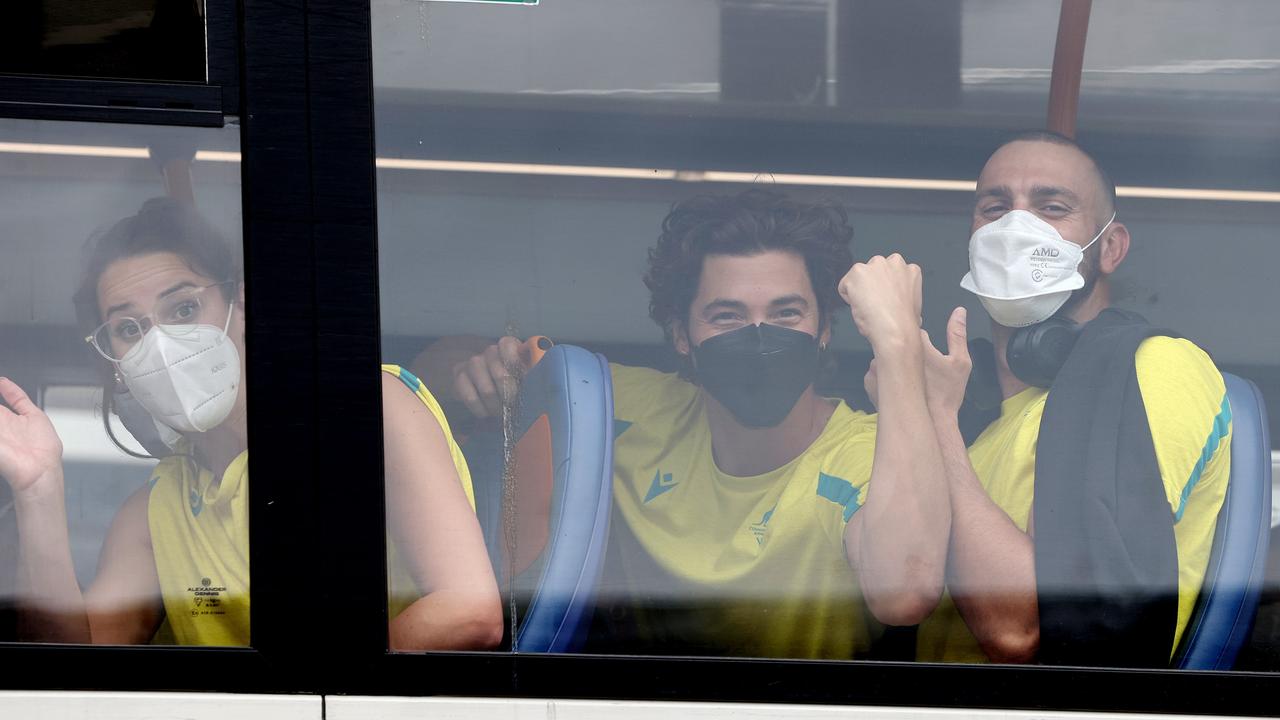 Spirits were high as Australian athletes arrived at Birmingham Airport on the weekend ahead of the Commonwealth Games, as the team’s secret weapon adds another layer of defence against Covid. Picture: Michael Klein

It’s our Commonwealth Games athletes’ secret ­weapon in Birmingham – a ­machine the size of a shoebox to keep them infection-free and able to compete.

The Biofire machine, first used at the Tokyo Olympics, can do a PCR test for 45 infectious* diseases ­including Covid, the flu, the common cold and gastro*.

And it can return results within 45 minutes, which means any athlete exposed to infection can be isolated, tested and either cleared or quarantined* within an hour.

While isolated, competitors can be treated with antivirals* or ­antibiotics* – and other team members are not exposed. But, more importantly, if they are found to be infection-free they can continue training and compete. 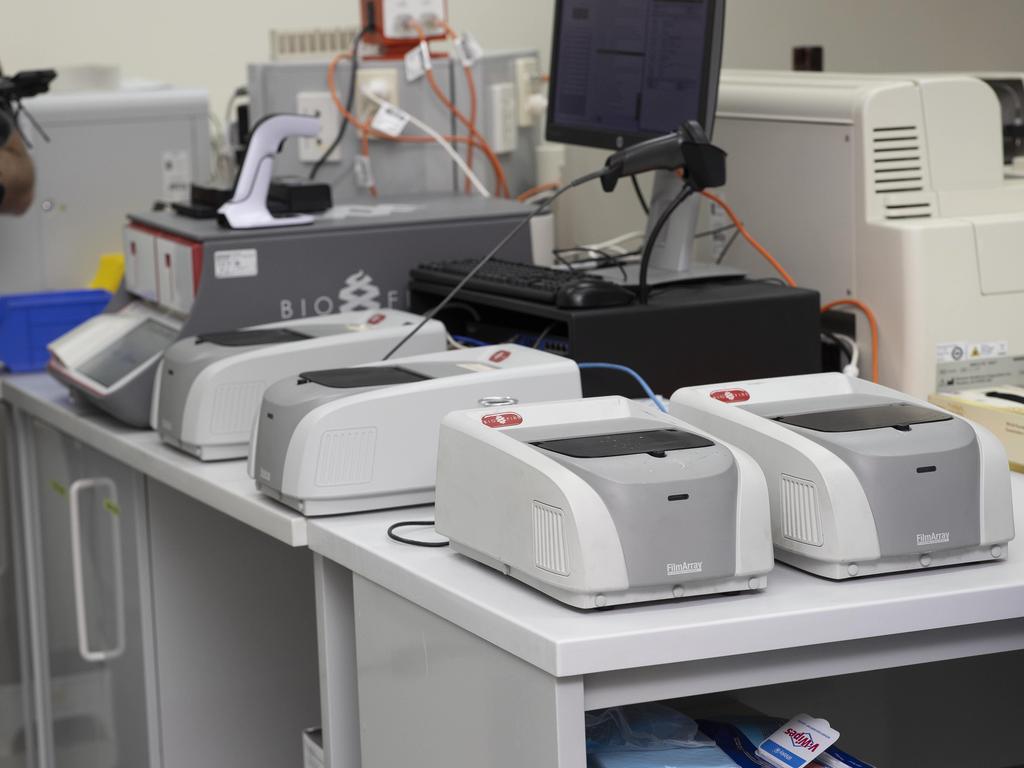 The secret weapon behind Australia’s Commonwealth Games fortunes is a high tech machine the size of a shoebox. The Biofire can test athletes for infectious diseases including Covid, the flu, the common cold and gastro and return results within 45 minutes. Picture: Gary Ramage

“Keeping people infection-free can be the difference between no medal and a gold medal,” Australian Institute of Sport chief medical ­officer David Hughes said.

At the 2016 Rio Olympics, 94 Australian athletes contracted* respiratory* illnesses, 35 had gastro and some ended up in hospital, Dr Hughes said.

Other clever infection control measures in Tokyo were outdoor barista* stations and ­barbecues, which acted as a magnet that drew Aussie competitors into the open air to socialise, reducing the risk of infection. 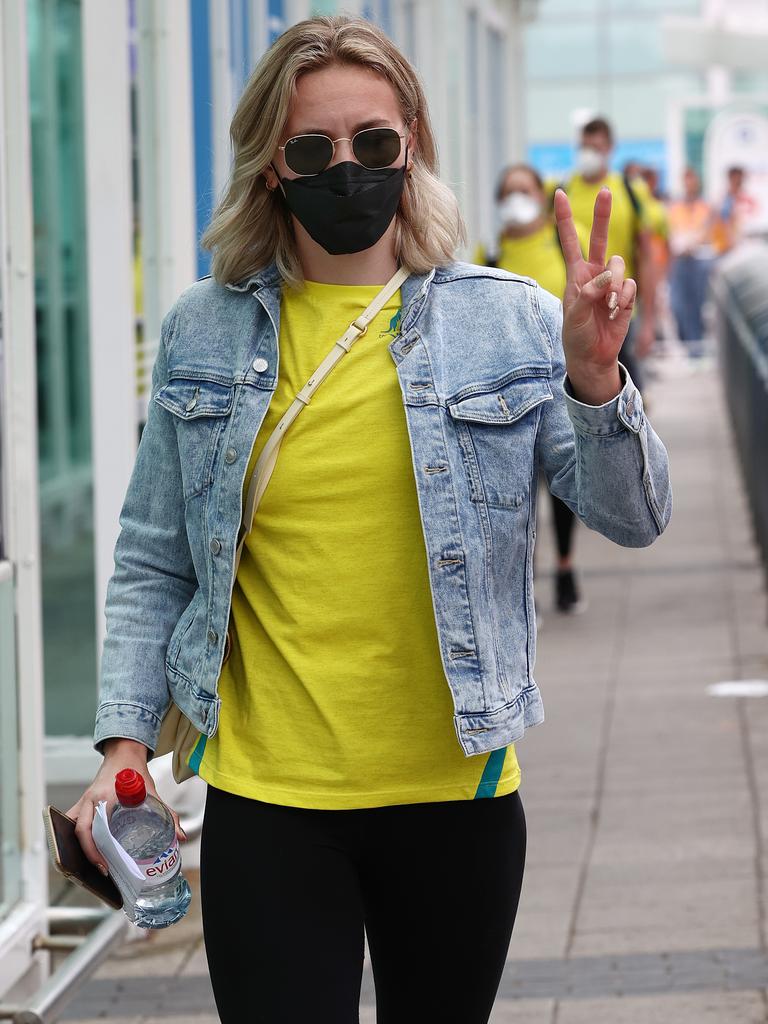 Athletes were also sent home to Australia once they finished competing so they didn’t go out partying and return to the Olympic village infected.

“We were able to take in a team of 1000 people, which was one of the largest teams in Tokyo, and no one missed a training ­session, no one failed to ­compete,” Dr Hughes said.

“We got them in and out of Tokyo without a single Covid case.”

With two highly infectious Covid sub-variants* currently sweeping the world, athletes are scared of becoming ­infected and being unable to compete in the West Midlands city in England. Unlike the Tokyo Olympics, which went ahead with empty stadiums to control infection, these Commonwealth Games will be open house, with no ­restrictions on people going in and out of pubs and cafes. 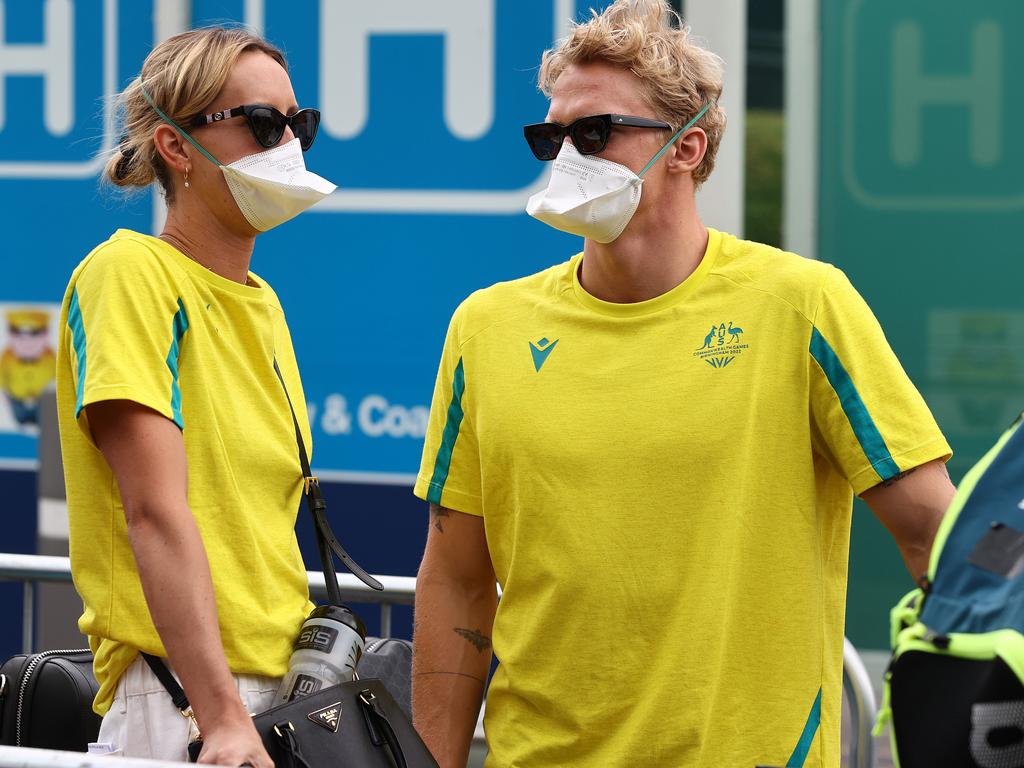 Swimmers Cody Simpson and Emma McKeon are not taking any chances after arriving in Birmingham on Saturday ahead of the Commonwealth Games, wearing both masks and sunglasses to help protect them from Covid. Picture: Michael Klein

Australia’s access to the rapid testing machines was a lucky coincidence that turned into a huge advantage on the sporting field.

The AIS purchased the machines well before the ­arrival of Covid to support qualified medical doctor and PhD candidate Dr Mathew Mooney’s research into how infectious diseases affect athletes’ performance. 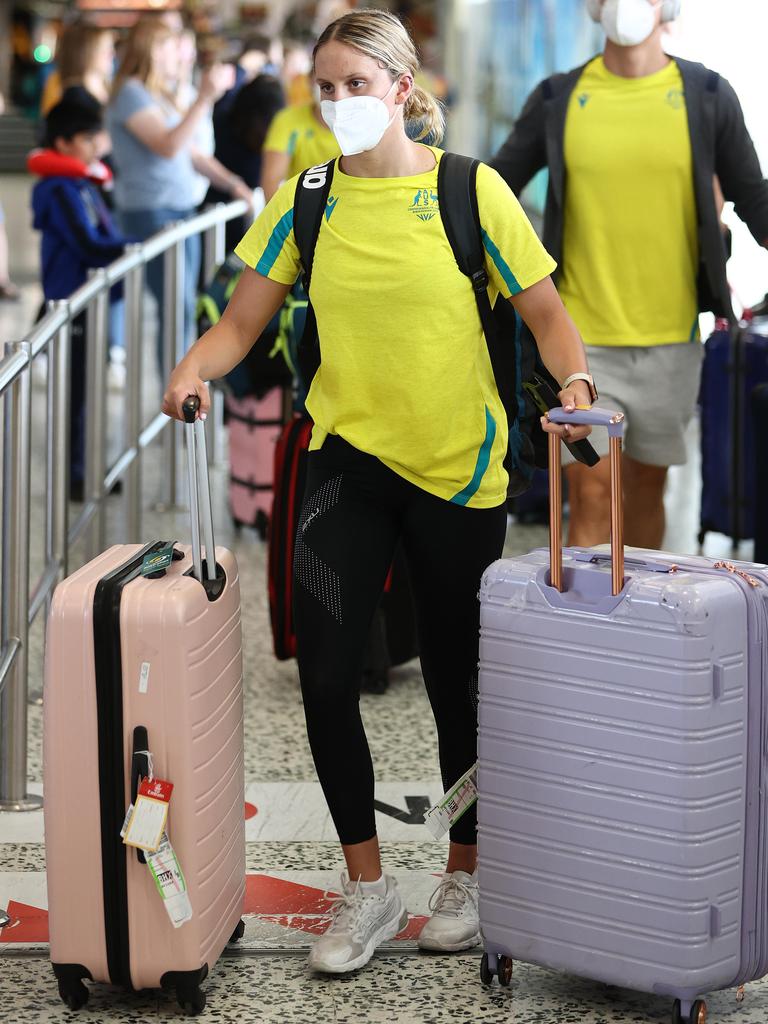 These Australian athletes look to have dodged the ongoing lost luggage fiasco – now they’re relying on the Biofire machine to help them dodge a Covid outbreak during the Commonwealth Games. Picture: Michael Klein

When Covid struck, the machines shifted from being an academic resource to a vital part of Australia’s game plan at the Tokyo Olympics.

Dr Mooney and his ­machines joined Australia’s Games team in Birmingham this week.

The machines are worth $35,000, with each testing pouch, which can assess up to eight people at once, costing $150.

“I’ve heard figures thrown around that a gold medal often takes about a million dollars of investment over four to eight years, so I think it was worth every cent,” said Dr Hughes. 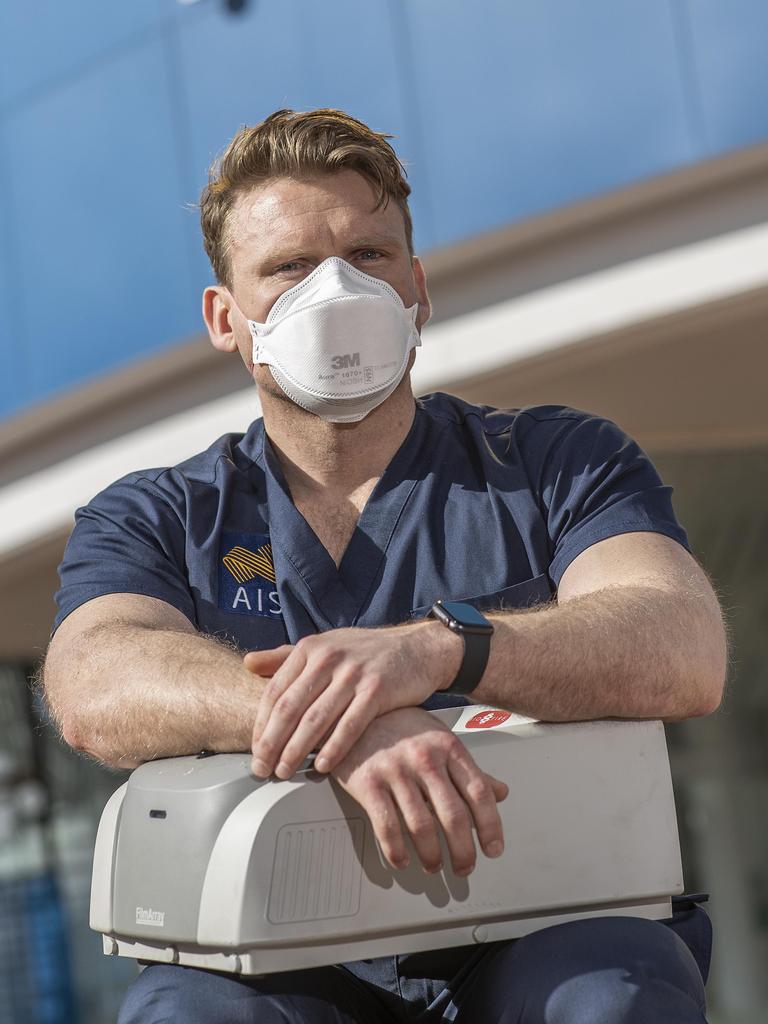 Dr Mathew Mooney’s research project turned into a lucky break for the AIS and Australia’s Commonwealth Games team, as the Biofire testing machine was on hand before the pandemic began and was first used with great success at the Tokyo Olympics. Picture: Gary Ramage

CLASSROOM ACTIVITIES
1. Healthy athletes
The Australian Institute of Sport’s chief medical officer said, “Keeping people infection-free can be the difference between no medal and a gold medal”.

What other suggestions do you have for our Commonwealth Games athletes and team staff to help them remain fit and healthy while at the athletes’ village in Birmingham, England?

2. Extension
The AIS chief medical officer also said, “I’ve heard figures thrown around that a gold medal often takes about a million dollars of investment over four to eight years.”

What do you think this money would be spent on to get an athlete to gold medal standard?

VCOP ACTIVITY
VCOP dodgeball
The normal rules of dodgeball apply. Two teams throw soft balls at each other and if you get hit, you have to sit out. The team who knocks out all the players on the other team wins.