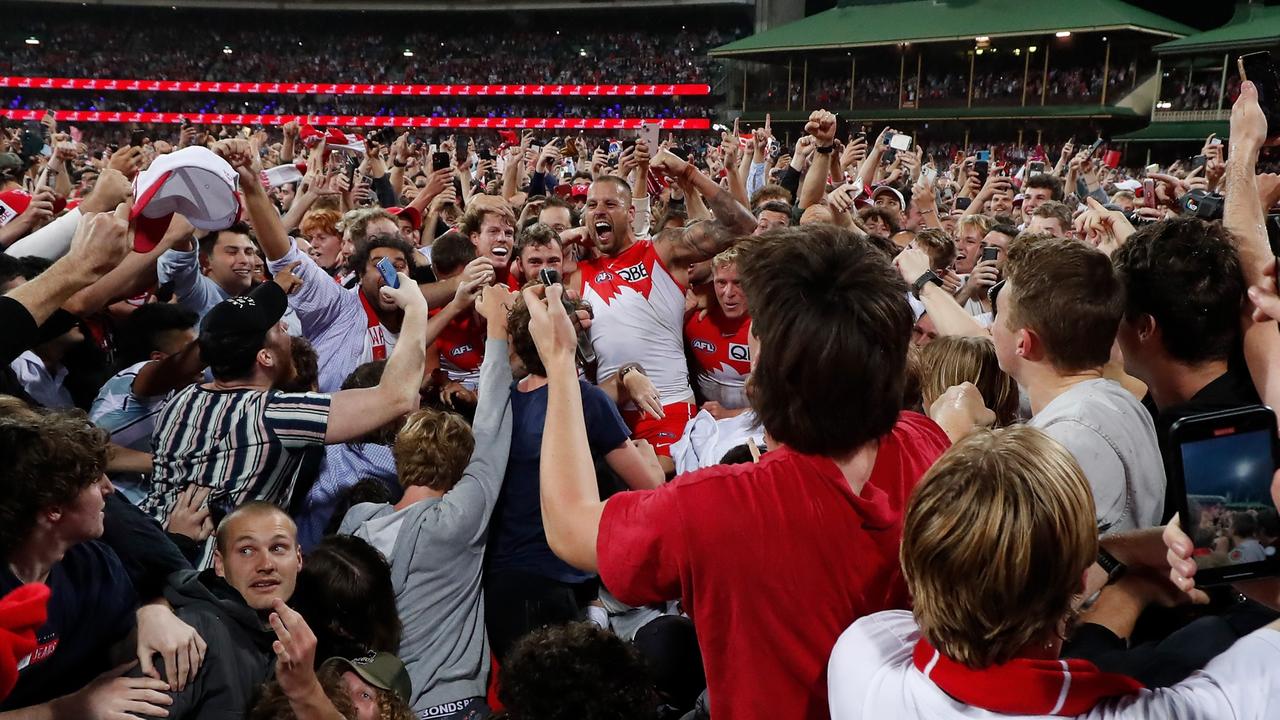 Lance “Buddy” Franklin is mobbed by supporters after kicking his 1000th goal during the 2022 AFL Round 02 match between the Swans and the Geelong Cats at the SCG on March 25, a milestone made even more memorable by the ball’s temporary disappearance. Picture: Michael Willson/AFL Photos via Getty Images

Buddy Franklin got his ball back – but not before one lucky Sydney Swans fan, Alex Wheeler, briefly snaffled* it.

Franklin put the ball – affectionately known as a Sherrin*, the official AFL football brand – through the Sydney Cricket Ground (SCG) uprights* on Friday night for his historic 1000th goal and Mr Wheeler returned it to the superstar forward on Monday. There was initial panic when the match ball went missing, with the Sydney club posting a call-out on social media for its return, but Mr Wheeler said he always intended for it to be handed back to Franklin.

Had the ball not been recovered*, the AFL and the Sydney Swans would likely have got involved to encourage Mr Wheeler to bring it back.

There was debate* in the 24 hours afterwards among footy fans as to what they would do if they were in his position, with most saying they would return it.

Buddy’s Sherrin was valued at about $200,000 on the open market and Mr Wheeler said on Monday he was encouraged in some quarters to sell it but felt that “wasn’t right”. Recalling the moment, Mr Wheeler said Franklin’s 1000-goal ball struck him in the head – leaving him with “a little bruise” – as fans all around him frantically tried to grab it.

He was one of thousands of spectators who jumped the fence to mob the man of the moment on the SCG surface and said he even “had a couple of handballs to myself” on the field.

Mr Wheeler left the ground with his temporary souvenir soon after.

His mate, Matt King, who filmed Mr Wheeler marking the Sherrin on the night, effectively ended the ball’s unscheduled off-field adventure on Saturday, when he posted on Instagram that the footy would be back in Franklin’s hands this week. 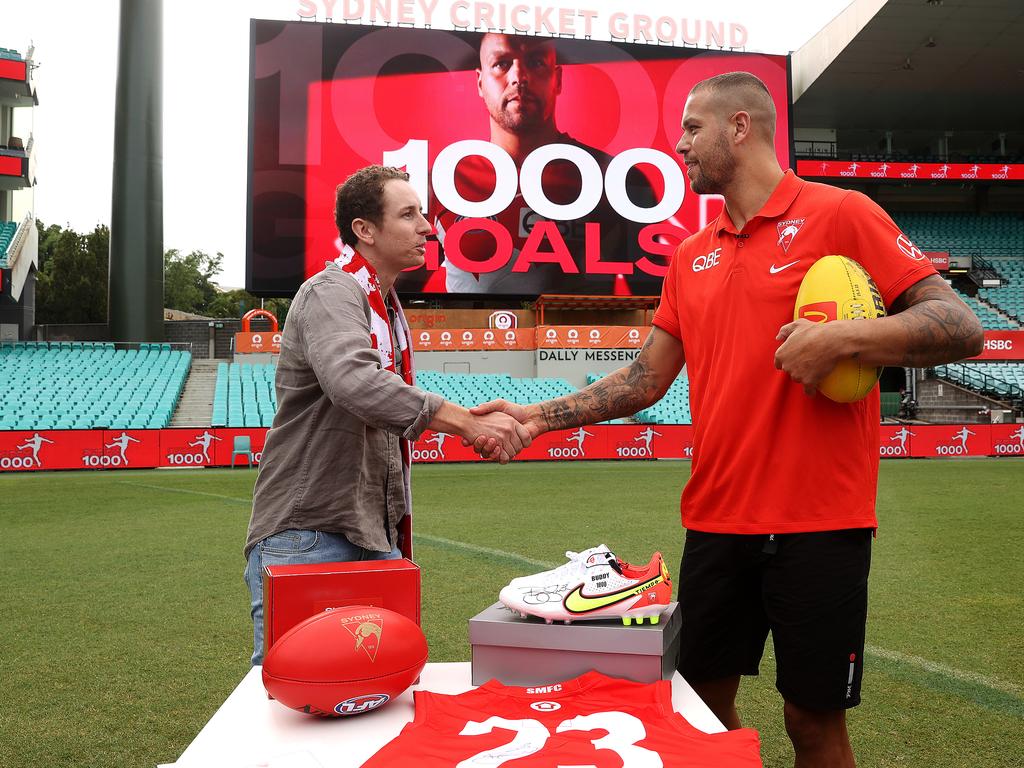 The match ball was returned to Franklin by fan Alex Wheeler. The AFL star signed a jumper, boots and ball for Mr Wheeler, who also received a five-year membership from the Swans and an SCG membership for his gesture of returning the ball. Picture: Phil Hillyard

The Swans had earlier invited Wheeler to attend training, meet Franklin and present the Sherrin to him.

The 35-year-old’s fourth and final goal sparked mayhem* for about half an hour, with excitable* fans storming the SCG to celebrate the special moment.

CLASSROOM ACTIVITIES
1. Buddy’s ball
What do you think Buddy Franklin will do with this ball now that it is returned to him?

If you had marked the ball, would you have given it back?

2. Extension
Many football commentators and spectators are saying they won’t see another AFL player kick 1000 career goals as Buddy Franklin has just done. Why do you think this might be the case? Explain your answer.