Former Chicago Bulls player Michael Jordan sticks out his tongue as he goes past Jeff Hornacek of the Utah Jazz during an NBA game in 1997. Picture: AFP

Basketball superstar Michael Jordan’s autographed match-worn sneakers from his rookie* season in 1985 have sold for a record $873,000 in an online auction.

The Air Jordan 1s, designed for NBA great Jordan in 1985 and the first-ever signature sneakers, were expected to sell for between $155,000 to $233,000 in the auction that closed on Sunday.

They were sold by auction house Sotheby’s, which is known for selling multimillion-dollar art. Sotheby’s held its first auction dedicated entirely* to sneakers last year and had then set a world record of $682,000 for a pair of 1972 Nike running shoes known as the “Moon Shoe”.

Like most of Jordan’s basketball shoes, the auctioned Air Jordan 1s are a mismatched pair in a size 13 (left) and size 13.5 (right).

They feature the red and white Chicago colours, with black Swoosh and accents*.

The auction coincided* with the 35th anniversary of the Air Jordan brand and the screening of the 10-part documentary The Last Dance about the Chicago Bulls NBA team and Jordan.

VIDEO: A news report about the shoes. As it is a US video, dollars mentioned are US dollars rather than Australian dollars

EXPENSIVE SHOES
The most expensive shoes bought at auction are Dorothy’s ruby red slippers (worn by actor Judy Garland) from The Wizard of Oz, which sold for $1.04 million in 2000. A pair of Dorothy’s ruby red shoes from the movie The Wizard of Oz are the most expensive shoes ever. There were several pairs of these shoes used in the 1939 film. Picture: AFP

RECORD SPORTS SOUVENIRS
In December 2019, the original Olympics manifesto* outlining the foundation of the modern Games shattered the world record for the most expensive piece of sports memorabilia* sold at auction, fetching $12.8 million.

Experts had expected the item to sell for up to $1.5 million, but the artefact* climbed in price after a more than 12 minute-long bidding war between three international buyers, according to auctioneer Sotheby’s.

The document was written in 1892 by International Olympic Committee founder Pierre de Coubertin. It went missing during the World Wars but was tracked down from a collector in Switzerland in the 1990s. 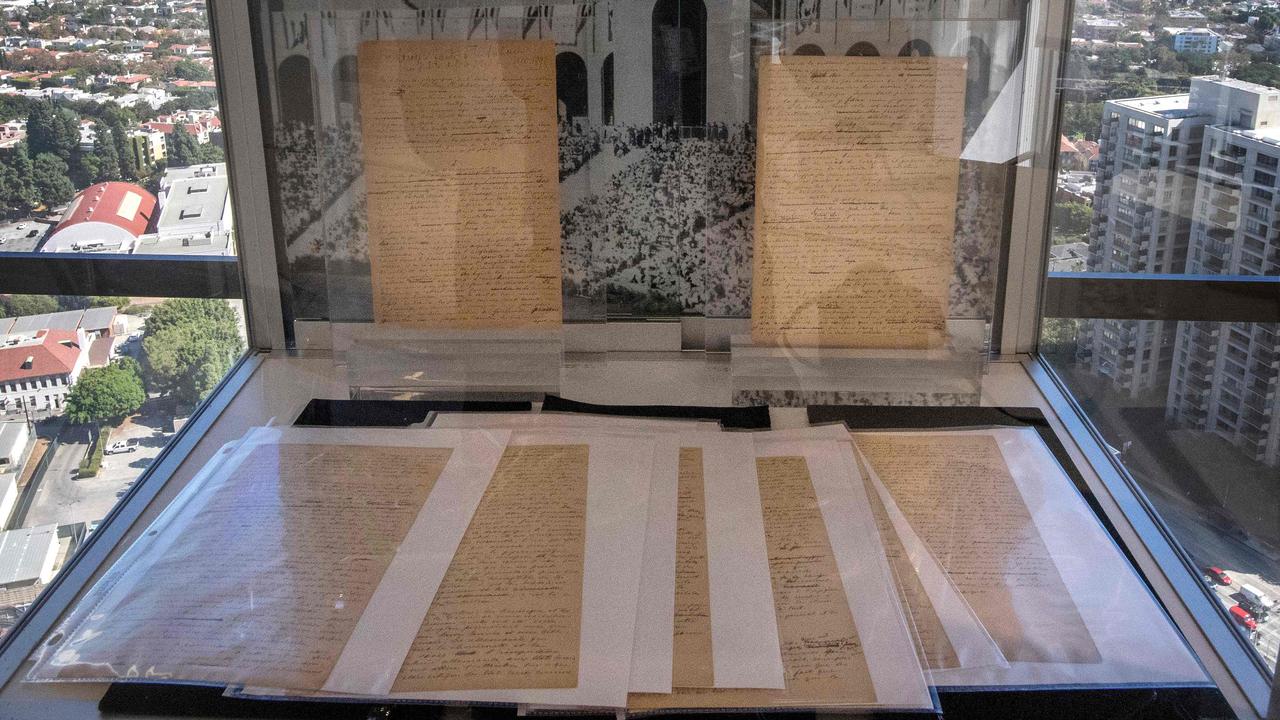 A New York Yankees baseball jersey worn by Babe Ruth was previously the most expensive item of sports memorabilia, selling for $8.23 million in June 2019.

Items of historical significance are popular among sports collectors. The Founding Rules of Basketball, written by James Naismith, sold for more than $5.8 million in 2010. Divide a page into a grid of four boxes, then fill in the boxes as a way of gathering your thoughts on what you would do with a pair of shoes worth more than most houses!

The boxes should include:

2. Extension
Work with a partner and brainstorm any modern-day sports items that may fetch hundreds of thousands of dollars in the future. Items of historical significance sell for the highest price so it would have to be something or a player of a sport that has a huge impact on a game.

VCOP ACTIVITY
Prepare to be Famous
A lot of sports celebrities and other famous people design their own clothes lines. Some because they couldn’t find exactly what they wanted, so they needed to get it made especially, and others simply as a fashion statement and to make money.

Design your own pair of sneakers or street shoes for when you are famous one day.

Think about who will wear them, what function will they have- sport, fashion, going out, hiking etc? How will you appeal to your audience?

Sketch up your new shoes and write a spiel advertising them as the MUST HAVE item of 2020.

Remember your spiel needs to give information in a convincing and positive way so that they want to buy them.

HAVE YOUR SAY: What sports souvenir would you buy? Or what would you spend this money on?
No one-word answers. Use full sentences to explain your thinking. No comments will be published until approved by editors.