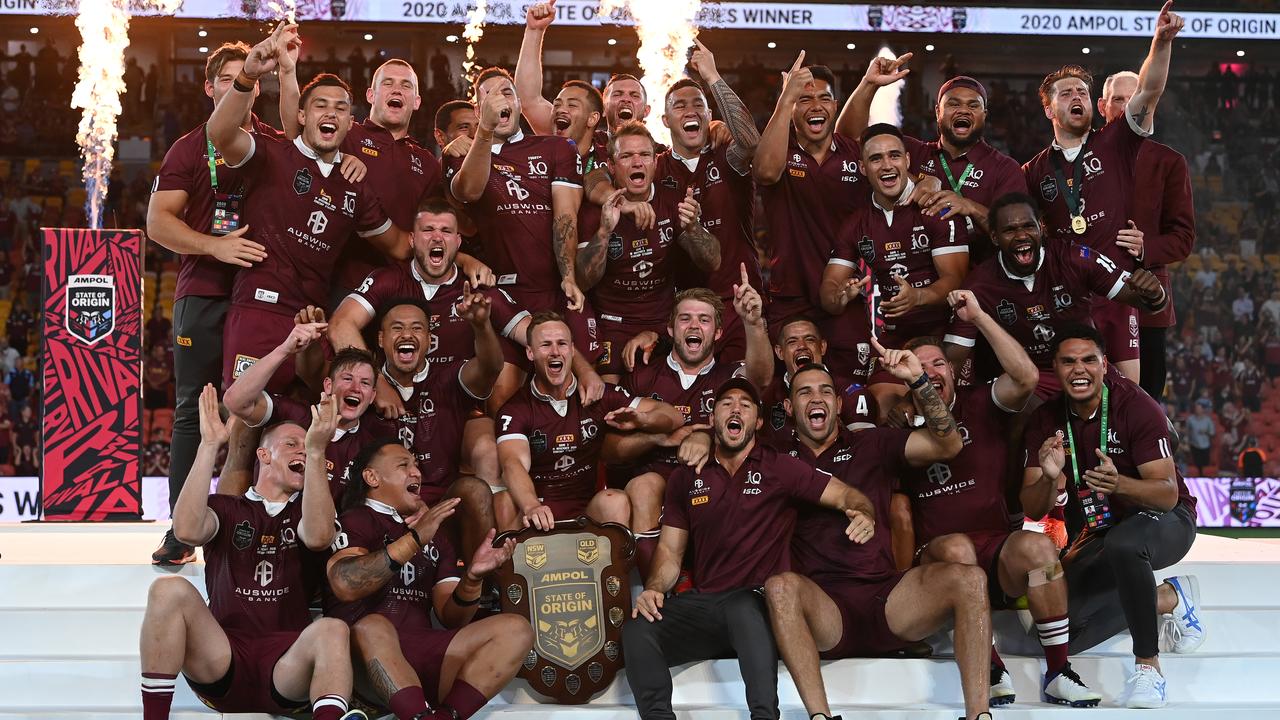 The Maroons celebrate after defeating the Blues during game three of the State of Origin series at Suncorp Stadium. Picture: Getty Images

Underdog* Queensland has scored one of its greatest State of Origin series wins after a 20-14 upset in the decider.

Maroons coach Wayne Bennett worked his finest miracle to steer his players to victory against NSW in front of a COVID world-record crowd of 49,155 at Suncorp Stadium in Brisbane.

The Blues started as hot favourites but Queensland’s mix of young and old talent, including Cameron Munster and debutant* Harry Grant, led the Maroons to the Origin shield.

The Maroons took a stunning 20-6 lead with 15 minutes to play but they were forced to hold off a furious NSW charge until the final seconds.

This was meant to be the series NSW couldn’t lose. Injury-ravaged Queensland was derided* as the worst Maroons team in 40 years. Enter Bennett. Even at age 70, the Queensland super coach has proven to be the man that can bring the Maroons alive.

In 2001, Bennett famously introduced 10 rookies* to inspire a fairytale series victory, and almost two decades later, his belief in 14 debutants has again paid off. Harry Grant was impressive. Straight after halftime, he sliced and diced the Blues with two busts in three minutes.

Then came his dream moment. With Queensland leading 14-6 in the 63rd minute, Grant surged for the tryline and reached out to score for a 20-6 lead. What a debut. Grant didn’t just survive, he thrived.

“Harry was superb,” Bennett said. “He did exactly what I needed him to do, give us something off the bench.” Cameron Munster was brilliant for the Maroons in the Origin series decider. Picture: Getty Images

Munster showed just how much his class was missed in Origin II when he was ruled out of that match early with concussion. NSW won that match to level the series after Queensland was victorious in the first match.

With the deciding third match locked at 6-all, Munster stepped up in the 37th minute with a skilful split-second grubber and regather before crosskicking from the next play for Edrick Lee to give the hosts a 12-6 halftime lead.

Munster then drove the Maroons with his competitive fire in the second half. 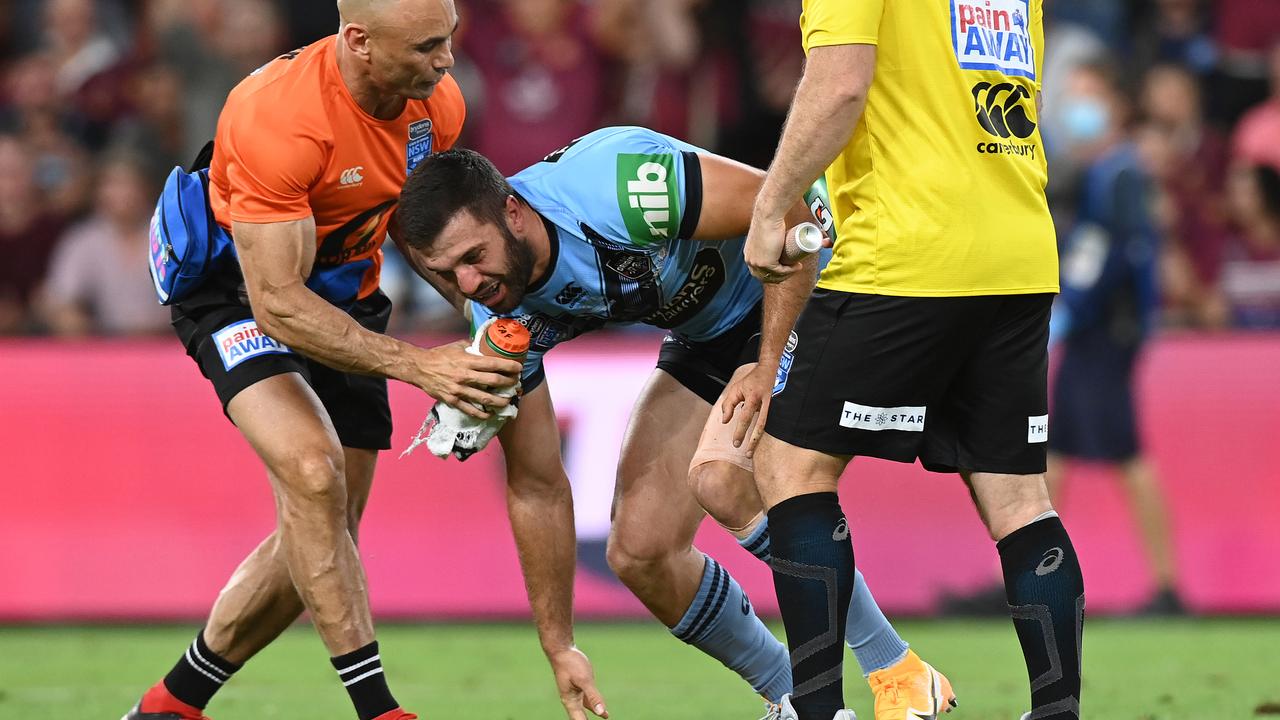 NSW captain James Tedesco had to leave the field with concussion, leaving the Blues in disarray* without their only specialist fullback and their major attacking player.

Blues five-eighth Cody Walker also went down with concussion in the final minutes.

The classic Origin battle went down to the final seconds as NSW fought back in front of the biggest sporting crowd the world has seen since COVID-19 took hold in March.

CLASSROOM ACTIVITIES
1. Coach talk
Imagine you are Queensland coach Wayne Bennett. Your team has a lot of young and inexperienced players and is not expected to beat rival NSW. Write a speech you would give to your team to motivate them just before they run out on the field.

2. Extension
An underdog is someone or something who is not expected to win. Think of a time you have seen an underdog triumph. It might be an unexpected victory that you or a team you follow have been involved in. Describe what happened, what the winner had to overcome and how the victory made those involved feel.

HAVE YOUR SAY: What is the greatest sporting victory you have seen or been part of?
No one-word answers. Use full sentences to explain your thinking. No comments will be published until approved by editors.