Party of light and music kicks off Birmingham Commonwealth Games Fireworks light up the sky above Alexander Stadium during the opening ceremony of the Birmingham 2022 Commonwealth Games. Picture: Getty Images

The Australian team was the first to march into the arena in a Commonwealth Games opening ceremony bursting with light, colour, music and dancing this morning.

More than 200 Aussie athletes from the 750 strong team of competitors and officials marched into Birmingham’s Alexander Stadium in a party-like start to the 12-day sporting spectacular.

They were led by flag-bearers Rachael Grinham, who will represent Australian in squash, and our men’s hockey captain, Eddie Ockenden. Flag-bearers Eddie Ockenden and Rachael Grinham lead out the Australian team during the opening ceremony of the Birmingham 2022 Commonwealth Games at Alexander Stadium. Picture: Getty Images

British music, including from Harry Styles, One Direction and the Spice Girls, played throughout the stadium during the parade of nations, with home team England marching in to Queen’s We Will Rock You.

Musical performances and dancing were a big part of the opening ceremony, which also featured a mechanical bull, hot air balloon and classic cars that formed the British flag in the centre of the arena – all representing Birmingham’s rich history and culture. An aerial view of Alexander Stadium and the cars forming the flag of Great Britain during the Commonwealth Games opening ceremony in Birmingham. Picture: Getty Images 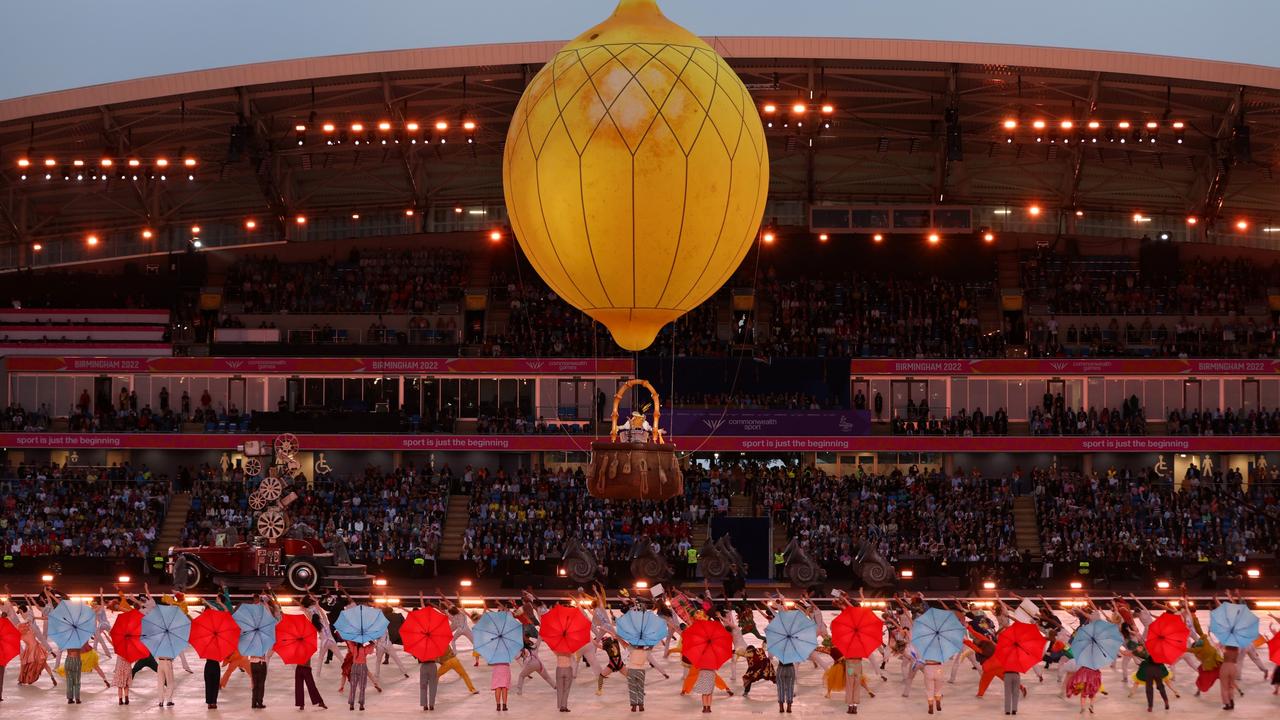 A hot-air balloon flies above dancers with umbrellas during the opening ceremony. Picture: Getty Images 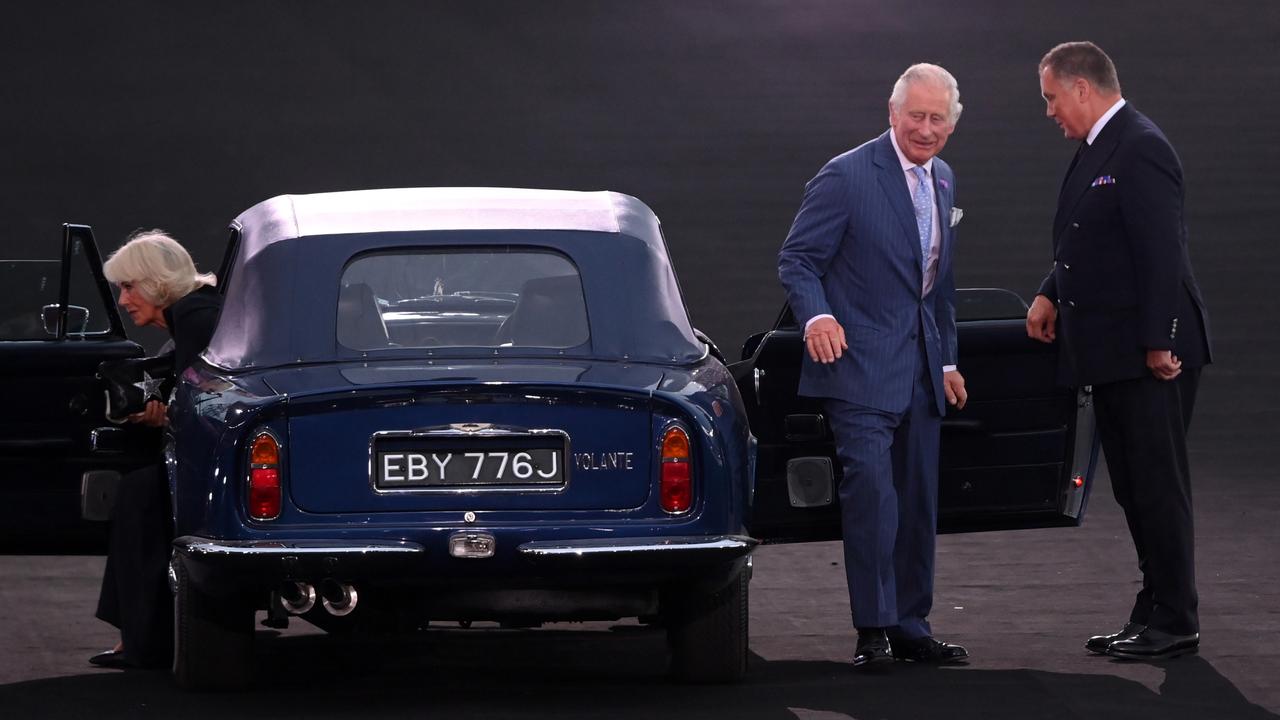 Prince Charles made a James Bond style entrance into the stadium with Camilla, the Duchess of Cornwall. Picture: Getty Images

Prince Charles made an entrance James Bond would be proud of, driving into the stadium in a 1969 Aston Martin to officially open the games.

The heir to the throne read a message from his mother, the Queen: “Over the years, the coming together of so many for the friendly games has created memorable shared experiences, established longstanding relationships, and even created some friendly rivalries*. But above all, they remind us of our connection with one another wherever we may be in the world, as part of the Commonwealth family of nations.” 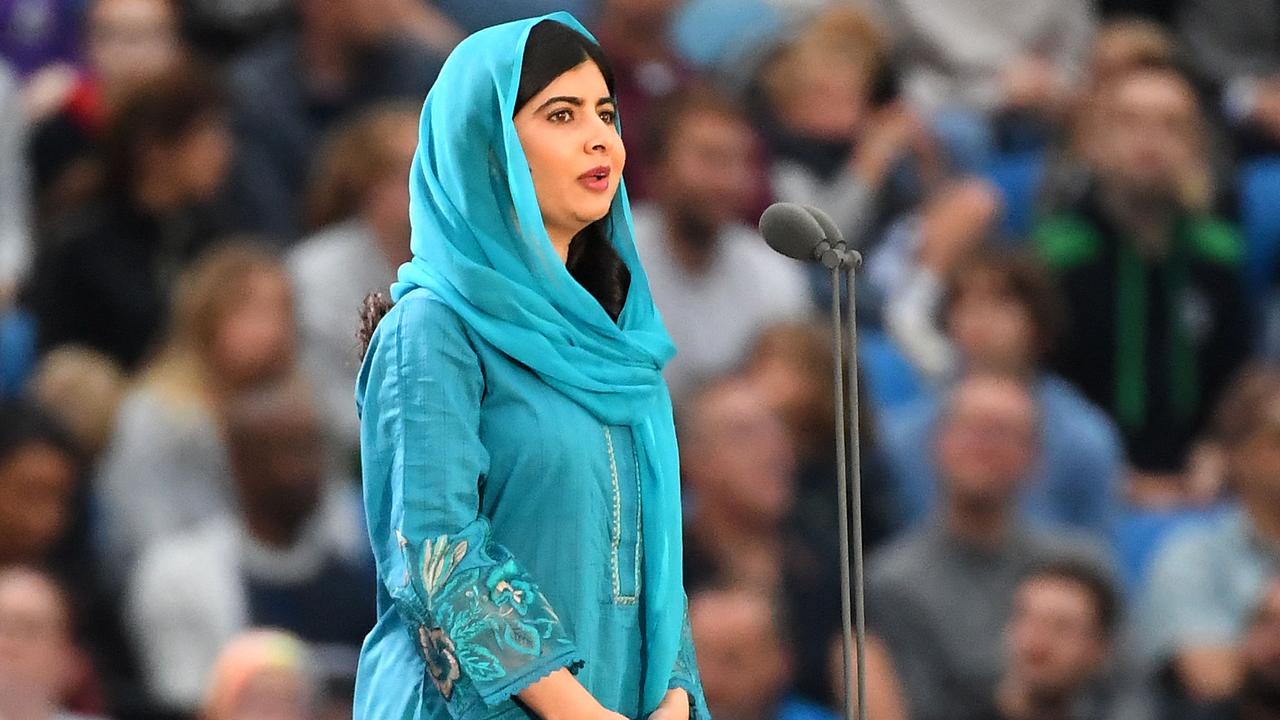 Pakistani activist for female education and a Nobel Peace Prize laureate Malala Yousafzai gives a welcome to the Games in Birmingham, where she now lives. Picture: AFP

The Pakistani-born activist*, who was shot by the Taliban* as a teenager for speaking out about the importance of education for girls, told the opening ceremony: “Birmingham, when I first came to this city I had never heard its name. But I would come to understand it through the doctors and nurses at the Queen Elizabeth Hospital. Through the teachers who inspired me at school, helped my mother to learn English, and taught my little brothers to drive.

“Through the beautiful library of Birmingham, through the friends I have made, from my best friend Ellen … to the families who have come here from Zimbabwe, Hong Kong, Pakistan, and beyond. 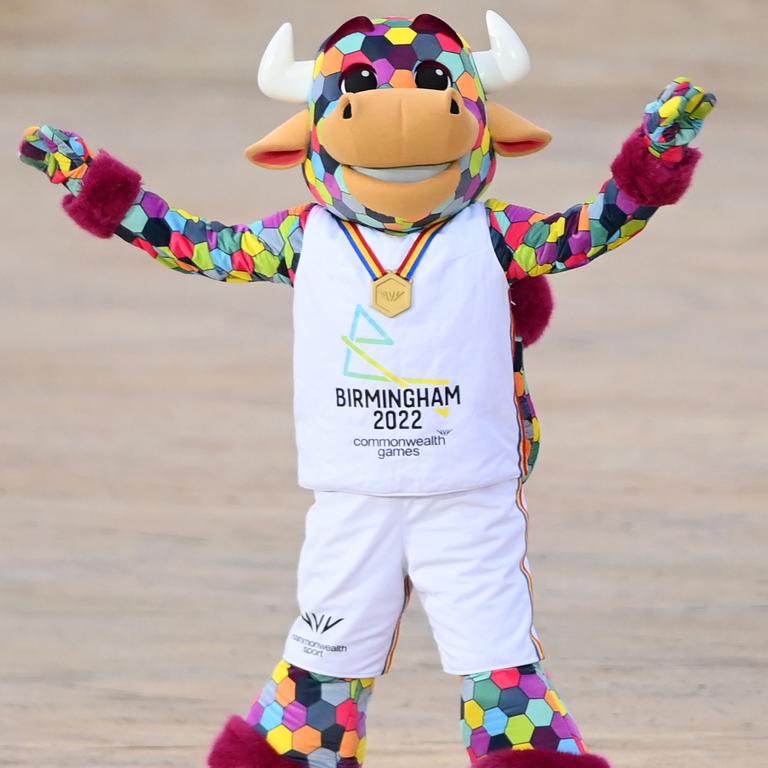 “Tonight teams from 72 countries and territories join the people of Birmingham to celebrate friendship across borders.

“The young athletes who will compete over the next two weeks represent millions of girls and boys across the Commonwealth; our shared hope for the future, a future where every child can go to school, where women can fully participate in society, where families can live in peace and indeed in dignity.

“Over the next weeks as we are watching the incredible athletes of the Commonwealth Games remember that every child deserves the chance to reach their full potential and pursue their wildest dreams. And now it is my honour to say, welcome to Birmingham! Thank you.”

CLASSROOM ACTIVITIES
1. Acrostic poem
Create an acrostic poem about one of the Australian athletes competing at the Commonwealth Games.

Write the letters of their name down the left side of your page and then write words, phrases or sentences beginning with each letter that describe their sport, their strengths and their achievements so far.

VCOP ACTIVITY
Walking in their shoes
The athletes who have headed to the Birmingham Commonwealth Games have been training tirelessly to represent Australia. Imagine how they must feel as their dreams of competing are about to come true. It’s time to walk in their shoes and imagine you are one of the athletes as they continue to prepare.

Write a descriptive piece recounting your experiences. You may like to include: training in your chosen sport, being selected for the Commonwealth team, travelling to Birmingham, life in the athletes’ village, and the moments before, during and after your event.