Australian paddler Jessica Fox has finally achieved her lifetime goal of winning an Olympic gold medal – in an event she pushed for women to be allowed to compete in at the Olympics.

Fox, 27, erased the disappointment of missing gold in the K1 kayak slalom event earlier in the week with a stunning victory in the C1 canoe slalom final on day six of the Tokyo Olympic Games.

It is the first time the women’s C1 has been included in the Olympics, while men have been competing in the C1 since the 1972 Games in Munich, Germany.

Fox has been a strong advocate* for having the women’s event added to the Olympic program in place of the men’s C2, therefore providing equal opportunities to both genders. Her gold was the second for Australia on day six, after swimmer Zac Stubblety-Cook powered home in the men’s 200m breaststroke.

There were also silver and bronze medals in the pool, with Kyle Chalmers second in the men’s 100m freestyle and the women’s 4x200m freestyle relay team finishing third.

Fox described her historic win as the hardest thing she’d ever done.

“Everyone who comes to the Olympic Games has pushed themselves, has given it everything, and it’s been a really big five years, a really big last 12 months, and even a big three days,” she said.

“To come back after the kayak was the hardest thing I’ve probably ever done.

“To put down such a good run today, I’m so thrilled.” 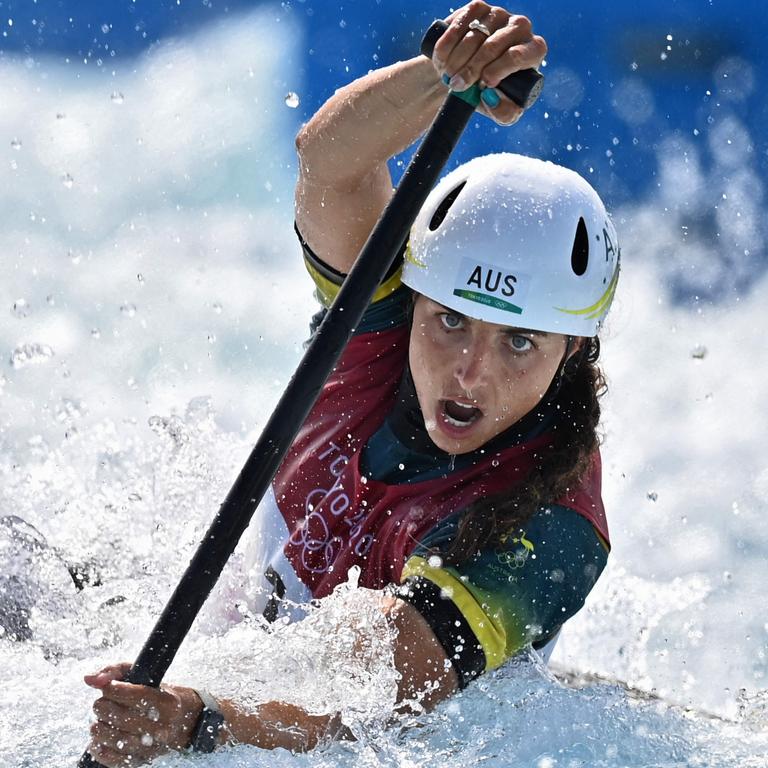 Jessica Fox has a look of determination in the C1 canoe semi-final before taking gold in the final. Picture: AFP

Fox, who has won silver and bronze in previous Olympics and another bronze earlier this week, paddled to victory in a time of 105.04sec.

Stubblety-Cook was the quiet achiever of the Aussie swim team, but not any more. Now, he is an Olympic champion.

Although he was one of the favourites going into the race, Stubblety-Cook was well back in the pack at the halfway mark and a full body length behind as he turned for the final lap. This shot shows how far Zac Stubblety-Cook had to catch up as he came in to turn for the final lap. Picture: Channel 7

But he surged home in the final 50m to hit the front and touch the wall in a new Olympic record of 2min 06.38sec.

It is 57 years since an Australian has won the men’s 200m breaststroke at an Olympics. It was also in Tokyo, at the 1964 Games, that 17-year-old Ian O’Brien won the event in a world record time. Stubblety-Cook, who until now has not had the high profile of some of his Dolphins teammates, was almost speechless after his win.

But he did give an insight into his race strategy, confirming that coming home hard was all part of the plan.

“I’m just definitely happy that the process paid off.” Zac Stubblety-Cook poses with his gold medal after the final of the men’s 200m breaststroke. Picture: AFP

Chalmers came within a fingernail of gold in the men’s 100m final, the event he won at the Rio Games in 2016.

He looked as though he was going to overtake the leader, Caleb Dressel from the US, in the final meters of the race but fell agonisingly* short by just six-hundredths of a second. Dressel took the gold with an Olympic record time of 47.02sec. 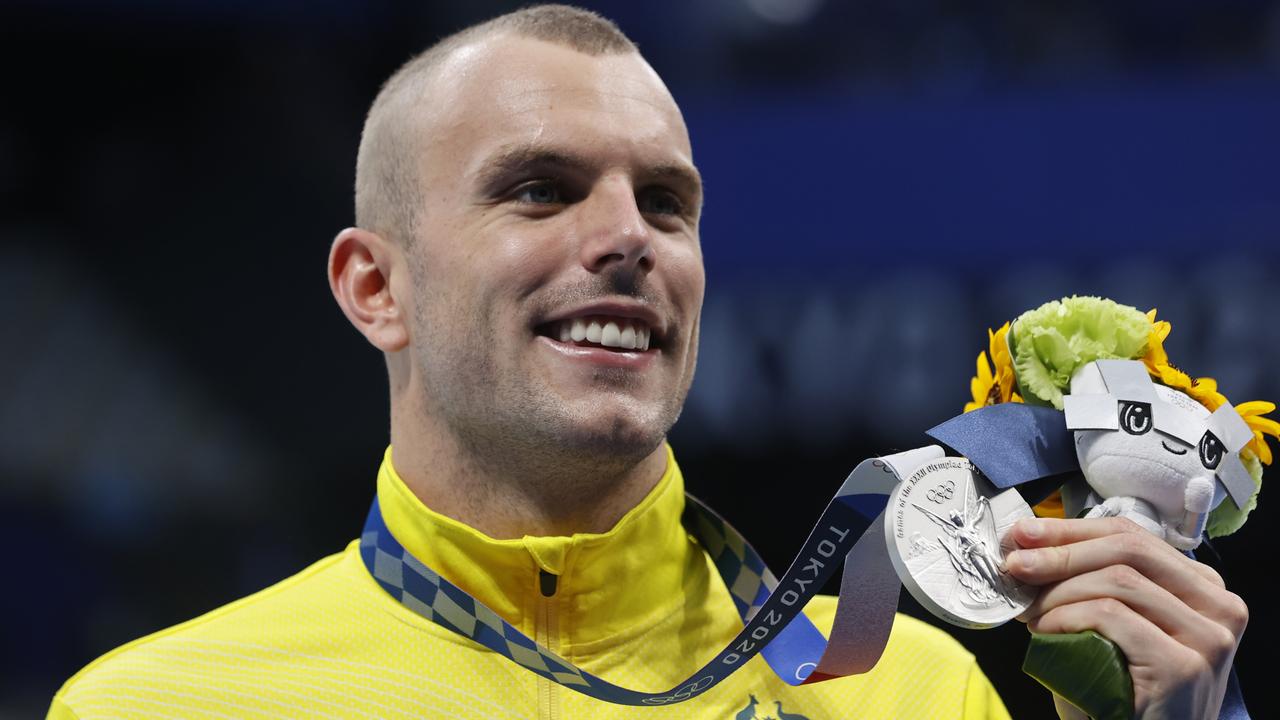 Chalmers’ time of 47.08sec was half a second quicker than his gold medal swim in Rio and an equal personal best, despite having had shoulder surgery earlier this year.

“I did everything in my absolute power to win. Obviously, life’s not always about winning but it is nice, and I executed the race well, and I felt strong and felt good,” he told Channel 7.

“I left absolutely everything in the pool, and did everything I could to do it for my country.”

The women’s 4x200m freestyle relay team of Ariarne Titmus, Emma McKeon, Madi Wilson and Leah Neale took bronze behind China in first and the US in second.

Golden girl Kaylee did it for dad

CLASSROOM ACTIVITIES
1. Commentary Box
Find some video footage of Zac Stubblety-Cook’s race. Play the video with the sound on mute. Give your own commentary for the race, creating excitement and describing how the race is playing out.

2. Extension
Set a timer for 5 minutes. In that time, brainstorm as many adjectives and adverbs (describing words) as you can that apply to this event. See how many amazing vocabulary choices you can come up with. When you are done, repeat the above commentary exercise. Can you make your commentary more interesting by using some of the adjectives and adverbs that you brainstormed?

VCOP ACTIVITY
Olympic Word Splash
Let’s create a word splash. Sit with a partner, and between you, write the word OLYMPICS in the middle of a piece of paper.

Decide who goes first. Then take it in turns to write a word around the central word that you associate with the Olympics.