‘Novax’ will need special passport to play at the Oz Open 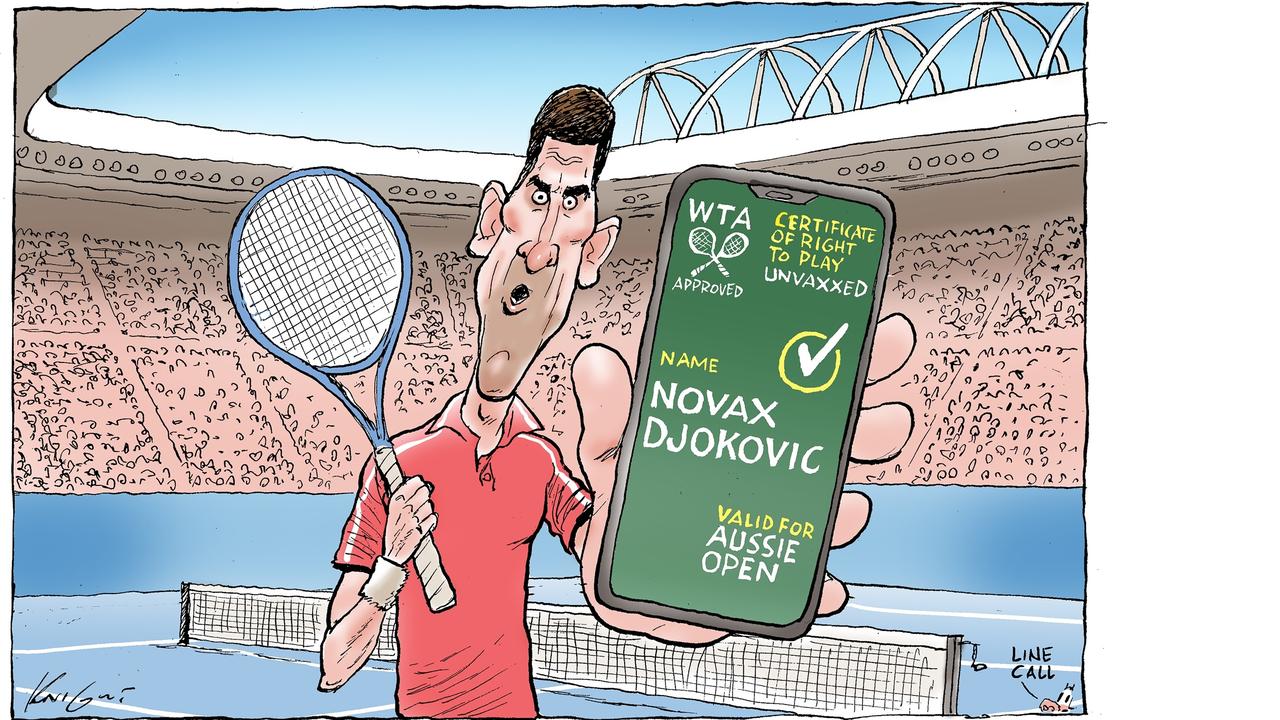 Australia is reopening and with it, hopefully, major events are set to return with crowds.

One of them is the Australian Open tennis tournament in Melbourne and the big talk this week was about vaccine passports for overseas players.

Victorians know that vaccination is the key to our reopening. People cannot enter restaurants, businesses or workplaces without their vaccine certificate. And most of us have accepted that as part of getting life back up and running.

The Victorian Government has also asked this of the big sports stars that are coming to Australia this summer for the tennis and the cricket.

Most Victorians would agree that if they have to get vaccinated and show proof, then so should sports stars who want to come and play in Australia.

But this is where it gets tricky because some tennis players refuse to get vaccinated for Covid-19 or will not disclose* their vaccination status*.

One of those players just happens to be the greatest tennis player going around at the moment, world No. 1 Novak Djokovic. World No. 1 Novak Djokovic won the Australian Open men’s title earlier this year but he might be stopped from returning to Melbourne in 2022 if he refuses to get the Covid-19 vaccine and confirm is vaccination status. Picture: Getty Images

The Serbian ace has had a chequered history* with Covid. Last year he held a tennis tournament and threw a big launch party during the height of the first wave of Covid in Europe. It turned into a super spreader event with people there catching the virus, Djokovic included. (Maybe his doctor has told him that he doesn’t need the vaccine because having had the virus, he has antibodies* in his system that naturally protect him against getting it again!)

Still, he refuses to declare his vaccination status and that is causing a problem. The Victorian Premier, Dan Andrews, says “no jab certificate, no play”.

To make things even more complicated, a leaked* email from a world tennis organisation said players would not have to get vaccinated and could instead quarantine* for two weeks in Australia before the tournament.

The Federal Government then chipped in and said it was happy to allow players to do two weeks’ quarantine and grant them an exemption* from a vaccination passport.

But Dan Andrews hit that idea out of the stadium with an overhead forehand smash!

So I thought of drawing a cartoon on how Novak Djokovic might be allowed to play in the Australian Open. Mark Knight loves to draw Novak Djokovic because of his intense expression on court, like in this pose when he won the men’s singles at the Australian Open earlier this year. Picture: Michael Klein

He is great to draw. His intensity* of expression on the tennis court is fun to caricature*. His eyes are almost eagle-like; they would have to be to spot a tennis ball at 120km/h!

I am also fascinated with the vaccine certificates we all carry on our phones. They are almost like a status symbol, the bold, patriotic green and gold colouring with the big tick next to your name.

I thought I would try to create a new one for Novak, a certificate that allowed him to participate without vaccination.

I would have to draw the certificate as it appears on our phones so it looked official, but change a few things to give it new meaning.

So in the cartoon Djokovic is on centre court in Melbourne, holding up his phone to show his certificate of approval to play without vaccination.

It looks like the real one but on closer inspection it is issued by the World Tennis body (not the Australian Government), it is valid for the Australian Open and I have changed his name from Novak to “Novax” Djokovic.

Novax, I mean Novak, stares at the reader with those piercing eagle eyes. How could we say no?

Covid vaccine race is finally on