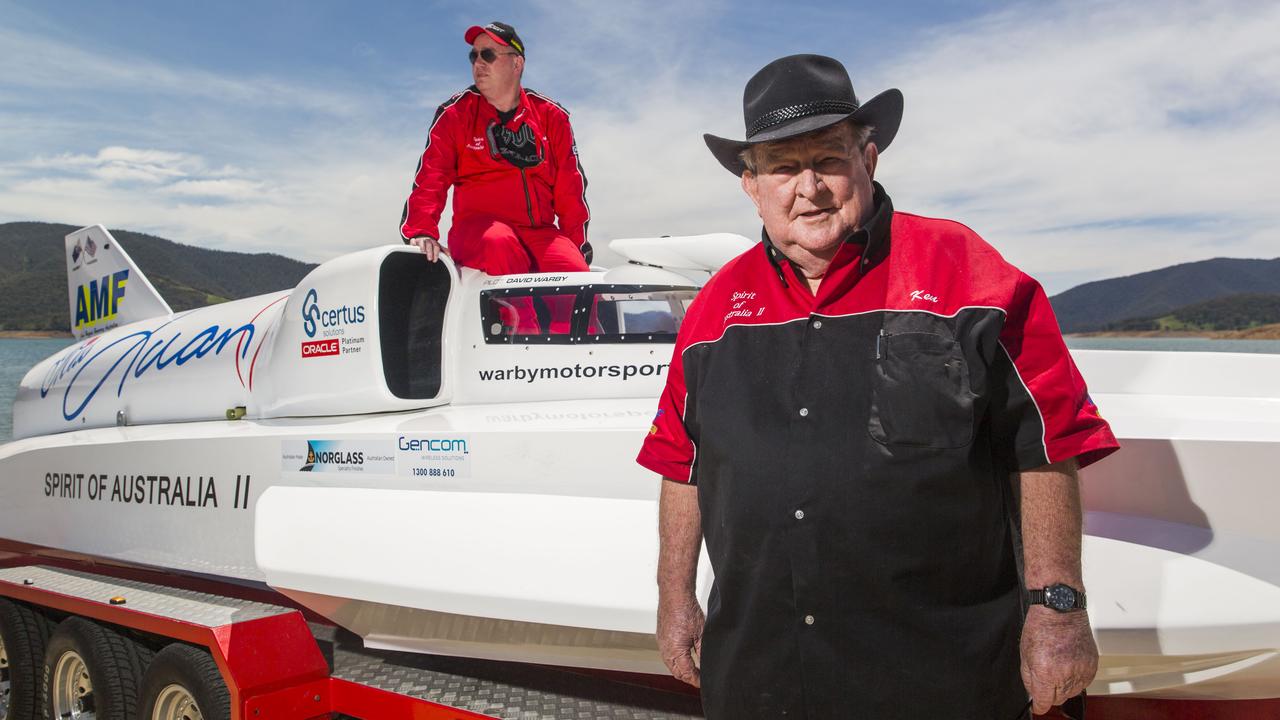 If he succeeds, there will be no one prouder than Dave’s dad, Ken Warby, who set the record more than 40 years ago. 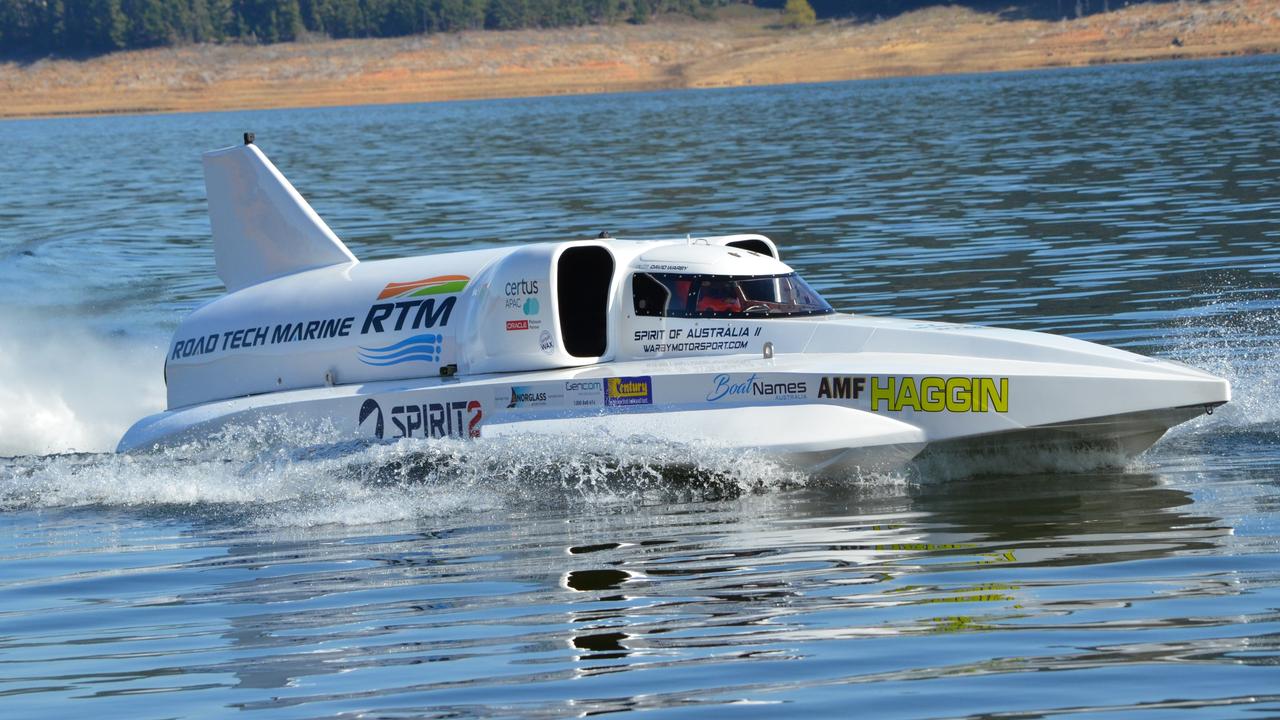 Dave’s inspiration to become the fastest on water is to both honour his father’s feat* and to remind new generations of what an Australian achieved in a boat built in a backyard by a man with a dream.

Dave, 51, is now the one dreaming, hoping to emulate* and then perhaps exceed* his father’s 1978 record, which has stood the test of time longer than his dad thought it would, with a boat he has also designed and built from scratch.

While others have died trying to better the mark, he believes he has a formula for more family success.

“There will be no one prouder than dad. He thought it should have been broken a long time ago but no one has put the package together yet,’’ said Dave, of his 80-year-old father now living in the US but planning to be at Blowering Dam in New South Wales in December when his son makes the record attempt.

“If you don’t know how to build, or design a boat, it is a much more risky proposition*.

Against the odds and on a limited budget, Ken Warby captured world headlines in 1977 when his homemade boat Spirit of Australia hit 464km/h on the Snowy Mountains dam in Kosciuszko National Park, NSW. 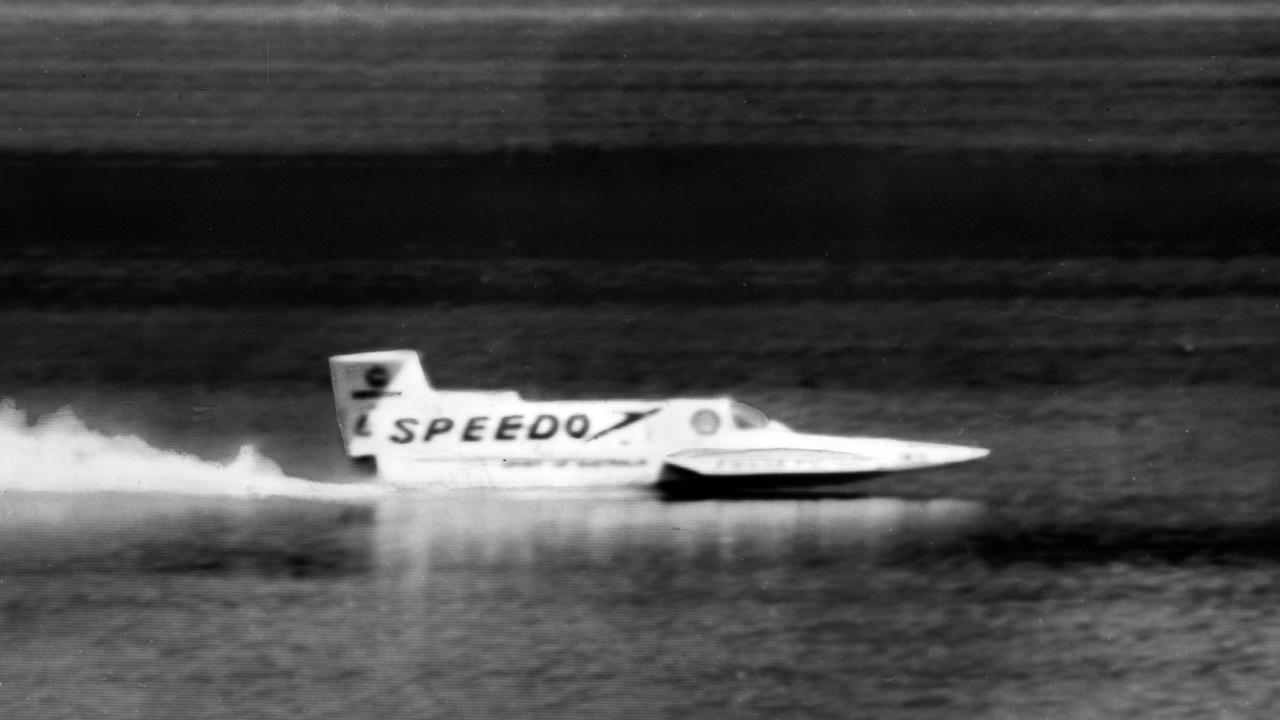 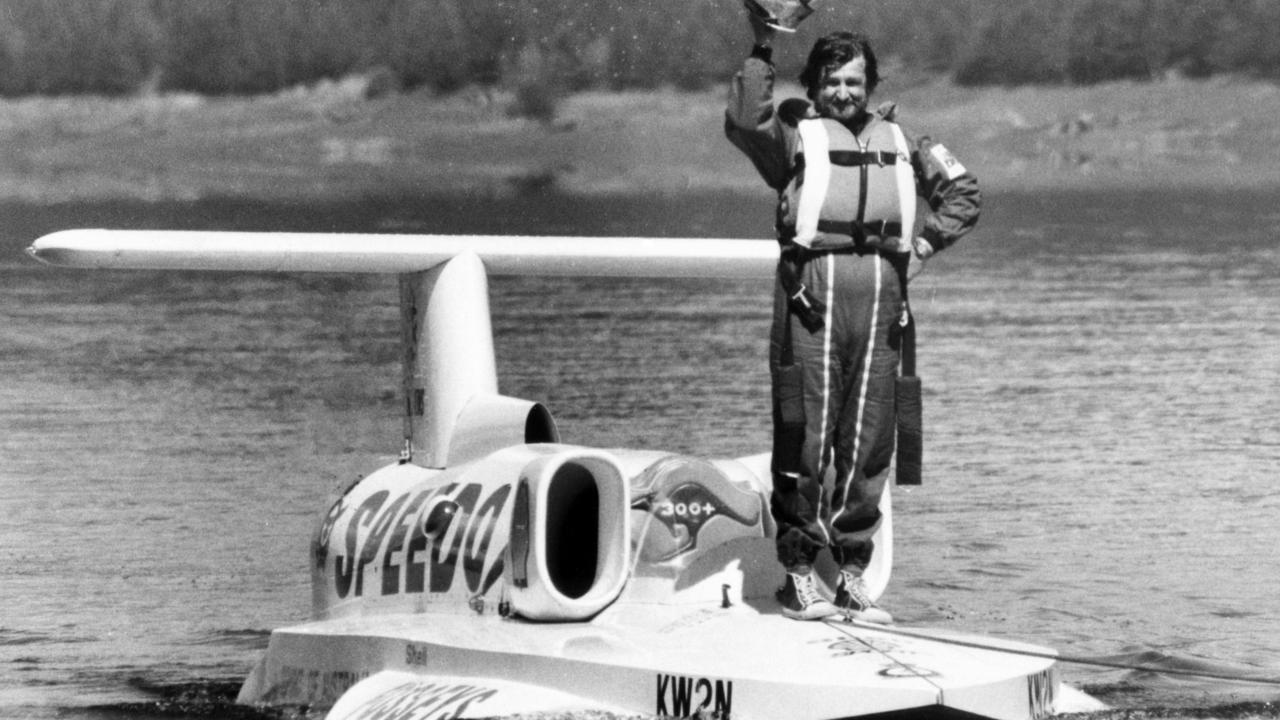 Ken Warby after setting a new world record with his boat Spirit of Australia in 1978.

A year later he smashed the record again, with his 511kmh mark the one his son is chasing.

“That was the inspiration for me, seeing my dad build a boat in the backyard with a tarp over it, then overcoming everyone who ever said he couldn’t do it,’’ he said.

“The naysayers* and knockers.

“He built a boat that is still a record holder. That’s what caught my imagination.

“I was next to dad building the boat. I was in awe of what he was doing and knowing he achieved it from a backyard in Sydney with minimal funding, well that gets me going.’’

Dave said his father closely follows his progress via Skype, which is installed in his boat Spirit2.

“I am so proud of my son and as the date of the world record attempt gets closer I can’t help but feel fear and trepidation at the phenomenal speeds he will need to have to achieve to break my record,’’ Ken Warby said.

“I don’t remember feeling this angst*, perhaps now I’m in my 80s my thrillseeking days are behind me, or maybe it’s because he’s my son. Either way this sport has never been for the faint of heart.’’ CLASSROOM ACTIVITIES
1. Introducing the Warbys
Imagine you have been asked to introduce one of the Warbys (you choose which one) at an important event. Write an introduction that tells the audience who the person is, what their achievements are and how they achieved it. Your introduction should be upbeat and get the crowd excited to meet Ken or Dave.

2. Extension
Choose one of the boats and look carefully at the picture of it for one minute only. Then, without looking at the picture again, write the most vivid description of the boat you can. Try to describe the features, shapes, lines and textures of the boat so that somebody who has not seen it could form a picture in their mind.

VCOP ACTIVITY
Definition Detective
In every article there are always some words we might not know, or have read used that way before.

These are words we usually find in the glossary explained for us … but not always.

See if you can find the phrase ‘not for the faint hearted’ in the glossary.

If not, create a definition of what you think it means when they say ‘the sport is not for the faint hearted’

Why do you think they use this phrase?

When else could you borrow and re-use the phrase in your own speech or writing?

Challenge yourself to reuse the phrase at some stage this week.

Let your teacher know when you succeed and how you did it.

HAVE YOUR SAY: Do you find the idea of breaking a world speed record terrifying, exciting or something else? Why?
No one-word answers. Use full sentences to explain your thinking. No comments will be published until approved by editors.