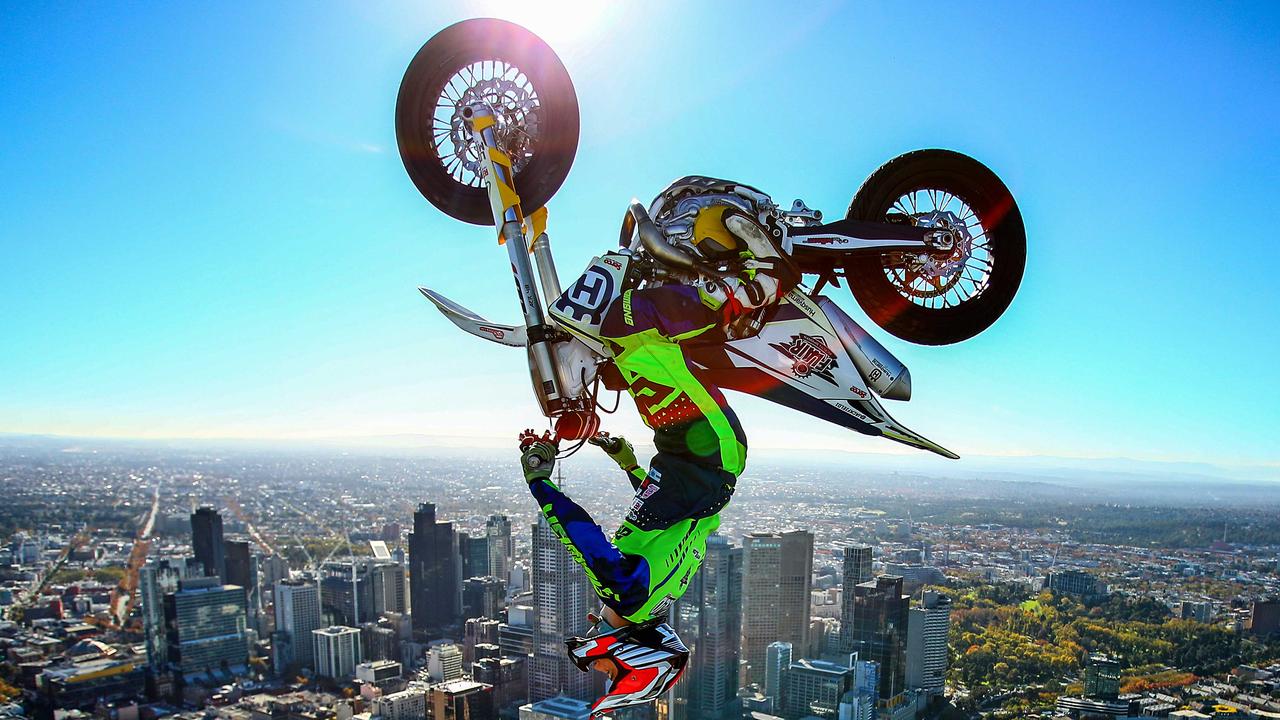 Jack Field of Australia performed the highest backflip on a motorcycle ever recorded on May 22 on top of the Eureka Tower, Melbourne, Victoria. Picture: Getty Images

An Australian daredevil* freestyle* motorbike rider has performed a backflip 297m up in the air, without safety barriers.

It is the highest motorbike backflip ever recorded.

A backflip on a motorbike is a dangerous and ambitious* trick for anyone, anywhere.

But stuntman Jack Field upped* the danger by taking his bike to the top of Melbourne’s Eureka Tower in Victoria.

“I’ve done some pretty insane things in my life, but this certainly takes the cake in terms of nuts,” the former world number one freestyle trials champion said after the flip.

There were no safety barriers installed on the sides of the skyscraper, just a ramp to help the bike get airborne*.

The daring move was to promote an international supercross event, the Monster Energy AUS-X Open Melbourne on November 30.

“When the guys running the (event) called me up with the idea I thought, well we’re always trying to push the boundaries of what’s possible on a motorbike and this is right up there,” Field said.

He even threw in a wheelie for good measure.

“This stunt perfectly depicts* what the Monster Energy AUS-X Open is all about: high energy, jaw-dropping moments and the most insane action on dirtbikes you’ll ever see,” Reardon said.

VIDEO: A TV report about the backflip

He achieved world number one in his sport in 2010.

He owns and performs around the world in a motorbike show company called Flair Action Sports. 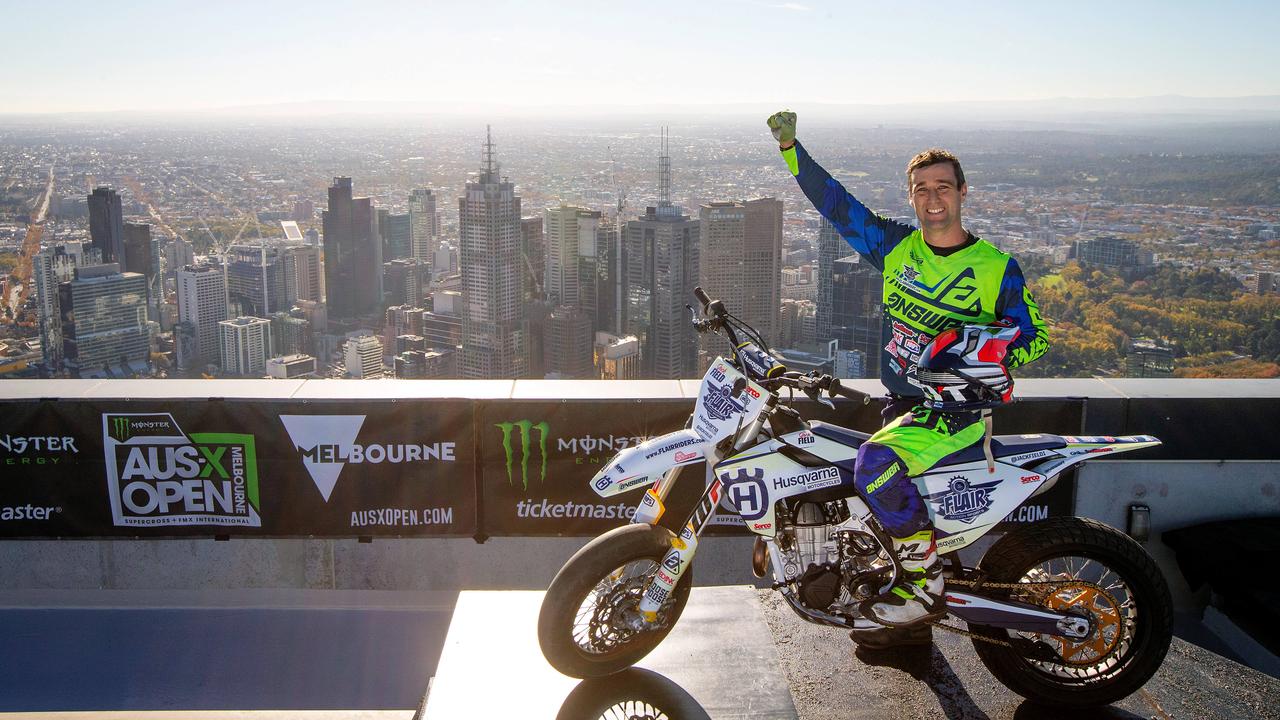 2. Extension
Imagine now that Jack has to ring up his partner or parents (or another loved one) and let them know what he is doing. How would this conversation go? How would Jack try to convince them that he will be fine. What questions or concerns would his loved ones have for him? Write a transcript of this conversation.

When you have finished, team up with two other people and combine your ideas to make one transcript. Take on a role each (Jack, event organisers and Jack’s family) and practice performing these telephone conversations. When you are ready, perform your phone conversations to the class.

HAVE YOUR SAY: Have you ever ridden a motorbike? How does watching this stunt make you feel?
No one-word answers. Use full sentences to explain your thinking. No comments will be published until approved by editors.