Footy’s finally back and so are the fans — all 300 million of them watching in loungerooms around the world.

The NRL’s stunning eight-game return over the next four days is set to be watched by a record global television audience of 300 million sport-starved viewers in what is expected to be the largest TV ratings for a single round in the sport’s 112-year history.

Industry insiders predict* about 30 to 40 million people around the world will tune in to each match over the next four days, as rugby league becomes the first football code in the English-speaking world to return to the playing fields and television. Waqa Blake of the Eels is tackled by Corey Oates of the Broncos during the NRL elimination final match last year. Picture: Getty Images

NRL matches will be shown in more than 70 countries, including the US, France, Britain, Papua New Guinea and Uganda.

With Brisbane and Parramatta kicking off at Suncorp Stadium at 7.50pm Thursday, May 28, rugby league will become just the third major sporting league in the world, along with football’s K League in South Korea and Germany’s Bundesliga, to resume after COVID-19 shutdowns. South Korea’s K-League is one of the few sports to have started again after coronavirus shutdowns. Picture: AFP Germany’s Bundesliga is also up and running again. Picture: AFP

Some countries have aired NRL games in recent years but matches will be promoted* heavily this week.

“While it has been the loyalty* of our fans here at home that have been driving us to resume* the season, we will be one of only a few live sports around the world that will be playing in June and July.

“We know fans are craving* live sport, so we’re excited about the global audience we could attract with the resumption* of the competition and the exposure* that will bring to our corporate partners.” 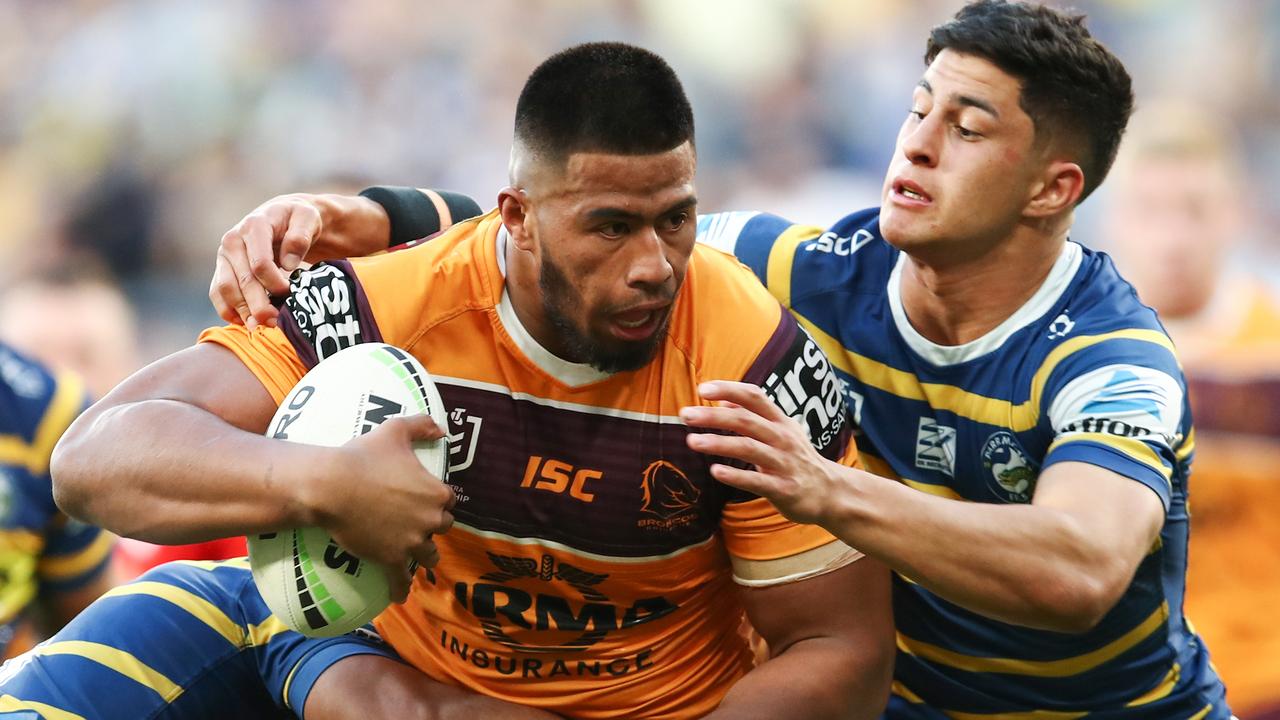 Payne Haas of the Broncos is tackled by the Eels defence in the elimination final last season. Picture: AAP

Fans will not be able to attend matches in person.

The NRL season was suspended* on March 23, after two rounds, in response to tightening government restrictions to slow the spread of COVID-19, also known as coronavirus.

The AFL season, which was put on ice after one round, is set to resume on June 11.

HAVE YOUR SAY: Who is your favourite NRL player and why?
No one-word answers. Use full sentences to explain your thinking. No comments will be published until approved by editors.