Australia has fought back from two goals down to beat Brazil 3-2 in Montpellier overnight to keep their Women’s World Cup hopes alive.

Brazil went two goals up after Marta scored with a penalty and Cristiane landed her fourth goal of the tournament after 38 minutes.

But Australia fought back to give Brazil its first World Cup group-stage* loss in 24 years.

Brazil cracked under the Matildas’ relentless* effort of crosses. 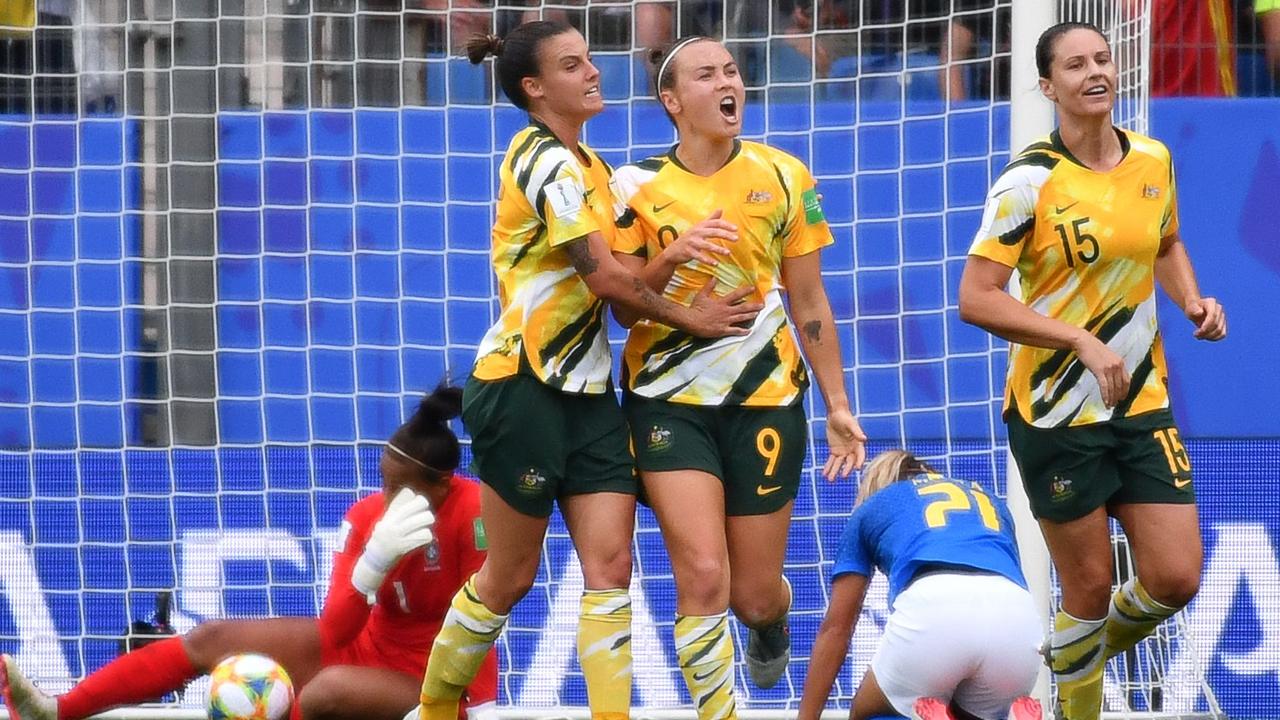 First, Brazilian Barbara reacted too late to Chloe Logarzo’s low cross and allowed it to bounce into the net in the 58th minute for Australia’s equaliser*.

Then Monica scored an own goal* and gifted Australia the match after accidentally heading in a long, hopeful Australian punt* after 66 minutes.

Australia’s Sam Kerr was plainly in an offside position when Emily van Egmond played the long punt but the referee ruled she had not interfered with play while the own goal was scored and the goal was allowed after a video referee review.

“It was nice to come out swinging when our backs are against the wall,” Logarzo said of Australia’s second half. “We like a good fight.”

Logarzo, who suffered a broken leg in late February, was selected as player of the match.

The result leaves Australia and Brazil level on points with Italy, who play their second match against Jamaica in Reims on Friday, on top of Group C.

With the top three teams could go through to the last 16.

Australia, which has reached the quarter-finals in the last three World Cups, faces Jamaica in its last group game, while 2007 finalists Brazil face Italy.

HAVE YOUR SAY: Write a limerick to celebrate the Matildas’ come-from-behind win.
No one-word answers. Use full sentences to explain your thinking. No comments will show until approved by editors.