An impressive collection of trophies was not enough to save Australian cricket coach Justin Langer, according to cartoonist Mark Knight.

Former PM* John Howard once said that the captain of the Australian cricket team was the second most important leader in the country, sitting just below the Prime Minister.

From that we may deduce* that the job of coach of the Australian Cricket team is a fairly important position too.

Coaches play a pivotal* role in a sporting team’s success, both on and off the field.

This week we saw the Australian Cricket team’s coach, Justin Langer, depart amid much controversy from the position he had held since 2018.

Langer was a star batsman in his day as a player, opening the batting for Australia with Matthew Hayden during a golden period for Australian Test cricket in the early 2000s. Justin Langer was a star batsman in his days as a player. Picture: AP

He came to the job of Australian coach after the disastrous “sandpaper-gate” crisis in South Africa when then-captain Steve Smith, opening batsman David Warner and player Cameron Bancroft were suspended for 12 months for ball tampering. Coach Darren Lehmann also stepped down.

Langer was appointed head coach to get the side back on track and to restore discipline.

In a little over three years the Australian Cricket Team, under Langer, had won the 2021 T20 World Cup, an Ashes series, and had been voted the ICC’s top Test cricket side.

Langer himself had been voted Coach of the Year by Wisden Cricket Monthly and was inducted into the Cricket Hall of Fame. Sounds good right?

Not really. Despite having won major tournaments, some Australian players were not happy with Langer’s “intense” style and made it known to Cricket Australia. 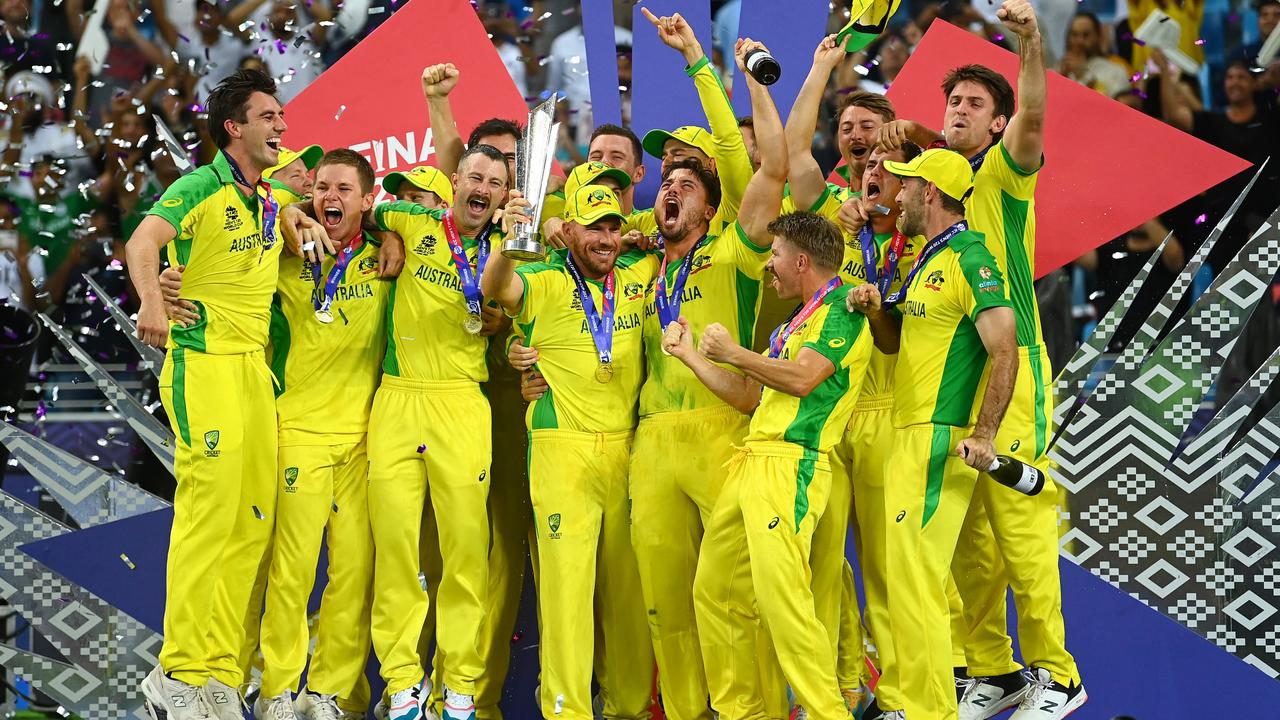 The Australian team celebrates its win over New Zealand in the T20 World Cup in Dubai in November 2021. Picture: Getty Images

Langer was offered a short contract renewal which he declined before resigning.

This looked like a great topic for a cartoon!

The issue I wanted to concentrate on was, that despite the team winning victories, it didn’t help the coach win a new contract.

Trophies in the trophy cabinet were not key performance indicators* for the people running cricket at Cricket Australia apparently. The team had to be happy as well. 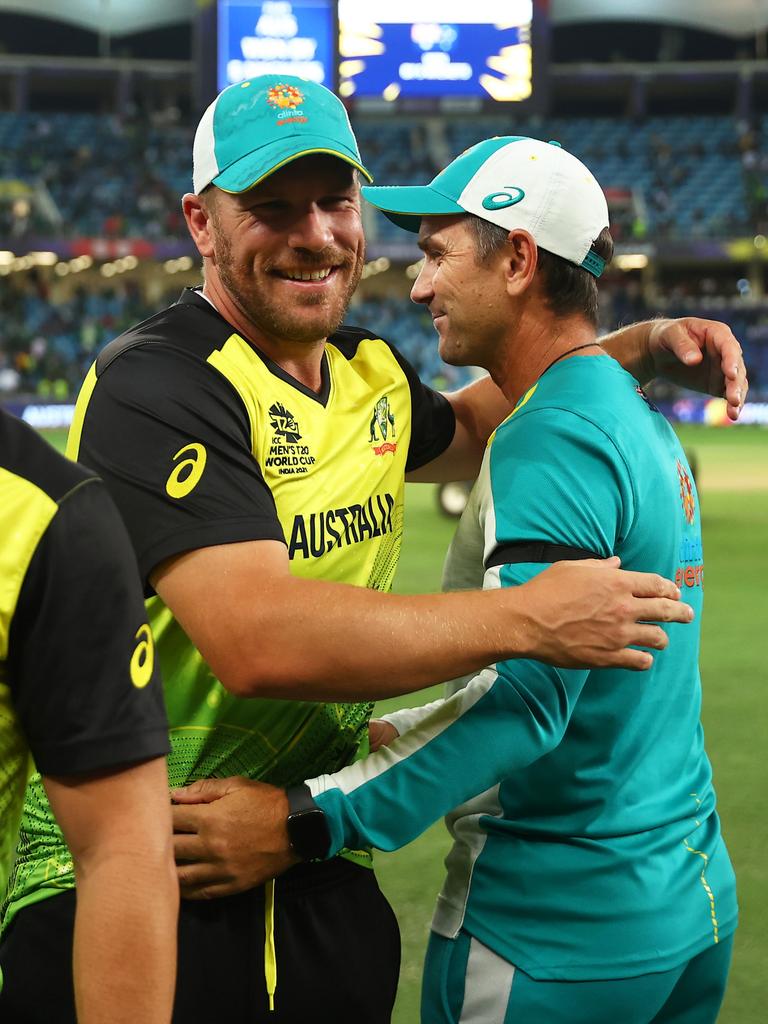 I imagined a disappointed Justin Langer walking out of the Cricket Australia headquarters, passing the portraits of cricketing greats like Sir Donald Bradman and Victor Trumper.

I was looking for a symbol of the coach being forced out. Those who wanted his head had largely succeeded and so I drew him walking down the corridor with his head under his arm, like a batter carries their bat when they are dismissed on the field. It was a strong graphic.

I wanted another image in the cartoon though to convey how seemingly successful the team results were.

I thought about how when people are fired they often gather up their belongings from their work desk – framed photographs, their coffee mug, a folder or two – and it all goes in a cardboard box.

So I gave Justin a box under his other arm with some knick-knacks from his desk: an Ashes Trophy, the T20 World Cup, Hall of Fame medal, Wisden’s top honour, etc.

Quite a bit of trophy bling was in that cardboard box as he trudged out the front door!

And that was my punchline*. The cartoon wanted to convey the idea that despite success on the field it did not translate into job security for the coach.

As the saying goes, “It’s just not cricket!” Justin Langer celebrates victory in the fifth Ashes Test with captain Pat Cummins and other members of the team. Picture: Getty Images

Using your sentences to help you, write a caption for the cartoon or some thought bubbles or quotes from one of the people in the cartoon that will make Mark’s meaning clearer for children or people who haven’t been reading the news this week.