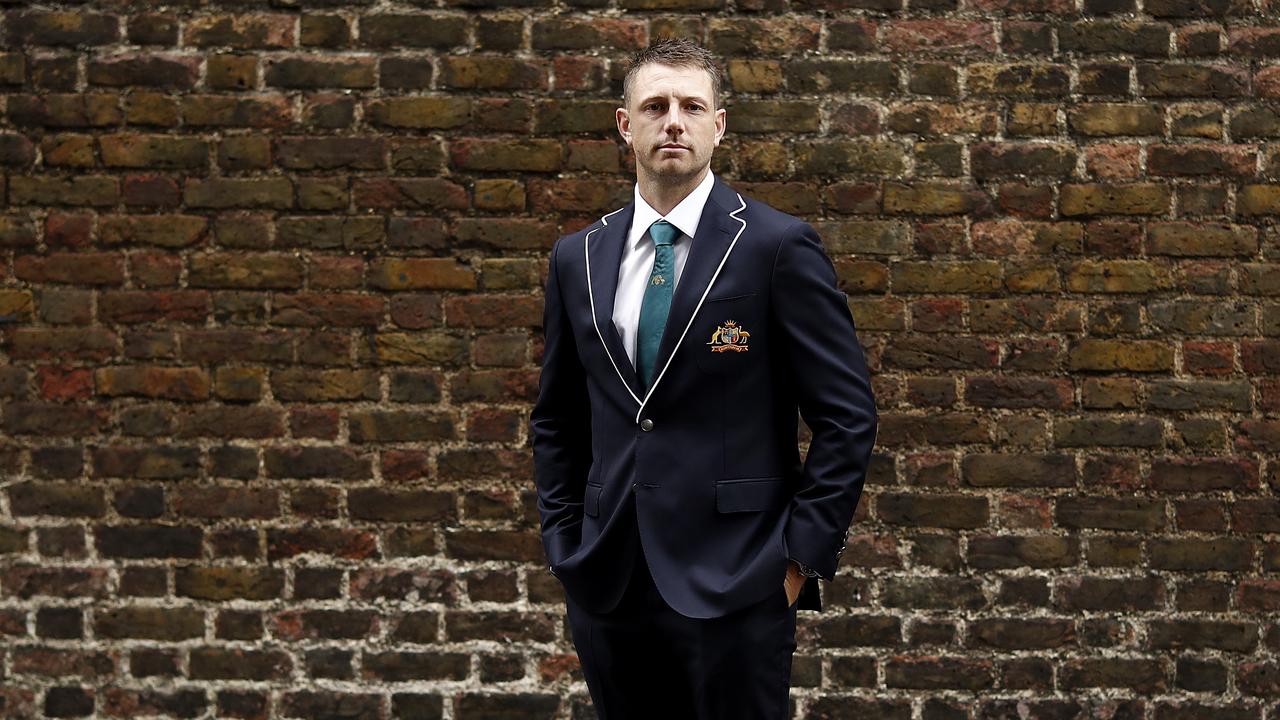 James Pattinson of Australia poses in his team suit before a visit to the Australian High Commission at Australia House in London. Pattinson has been dropped from the squad for the second Test. Picture: Getty Images

Australia has left pace bowler James Pattinson out of its 12-man squad for the second Ashes Test against England, with Mitchell Starc and Josh Hazlewood both pushing for a recall*.

Pattinson was part of the team that defeated the Poms* by 251 runs at Edgbaston, taking two wickets in his first Test match in three years, but the 29-year-old will sit out the Lord’s Test, which starts tonight (Wednesday).

“We’re really happy with the group of fast bowlers we’ve got. We think all of them can play a really important role in this series. We’ve spoken to them about making sure we have that core* group of bowlers for the next two or three years.”

Pattinson has a history of fitness problems and with the next two Tests being played close together, the decision to leave him out appears to be a case of managing his workload to avoid injury.

“James has come back off a really long lay-off*, a really serious operation. We want to make sure he’s cherry-ripe* for the next three or four years,” said Paine. “In the past we’ve got him back, keep using him and keep bowling him and eventually he’s broken again.

“We’re really lucky we’ve got two bowlers on the sidelines who are world-class*.” Left-arm quick* Starc was the top wicket-taker at the recent World Cup, with 27 scalps*, while right-arm Hazlewood was left out of the tournament to get him fit and ready for the Ashes.

“Whichever one of those two we unleash* tomorrow, they are certainly ready to go,” said Paine.

CLASSROOM ACTIVITIES
1. Tough choices
Cricket team selectors have a difficult decision to make when selecting a squad or team to play. Write down a list of things you believe the selectors would have to consider each time they choose players.
It could include: fitness, batting skills, type of opposition team they are playing etc.

See if you can come up with at least 10 things.

2. Extension
Whenever someone is dropped from a team or squad, there will be disappointed players and teammates. Imagine you are captain Tim Paine. Write a speech explaining to your teammates why the right team has been picked and what you expect of them to win the next Test match.

HAVE YOUR SAY: Would you select Mitchell Starc or Josh Hazlewood for the second Test? Why?
No one-word answers. Use full sentences to explain your thinking. No comments will show until approved by editors.