Australia’s Jai Hindley wins the Giro d’Italia, finishing at the Arena di Verona on May 29. Hindley is only the second Australian in history to win a Grand Tour cycling title. Picture: Tim de Waele/Getty Images

The 26-year-old snatched the lead in the second to last stage of the race and stayed upright in the final time trial in Verona, following 2011 Tour de France champion Cadel Evans in claiming a Grand Tour win. 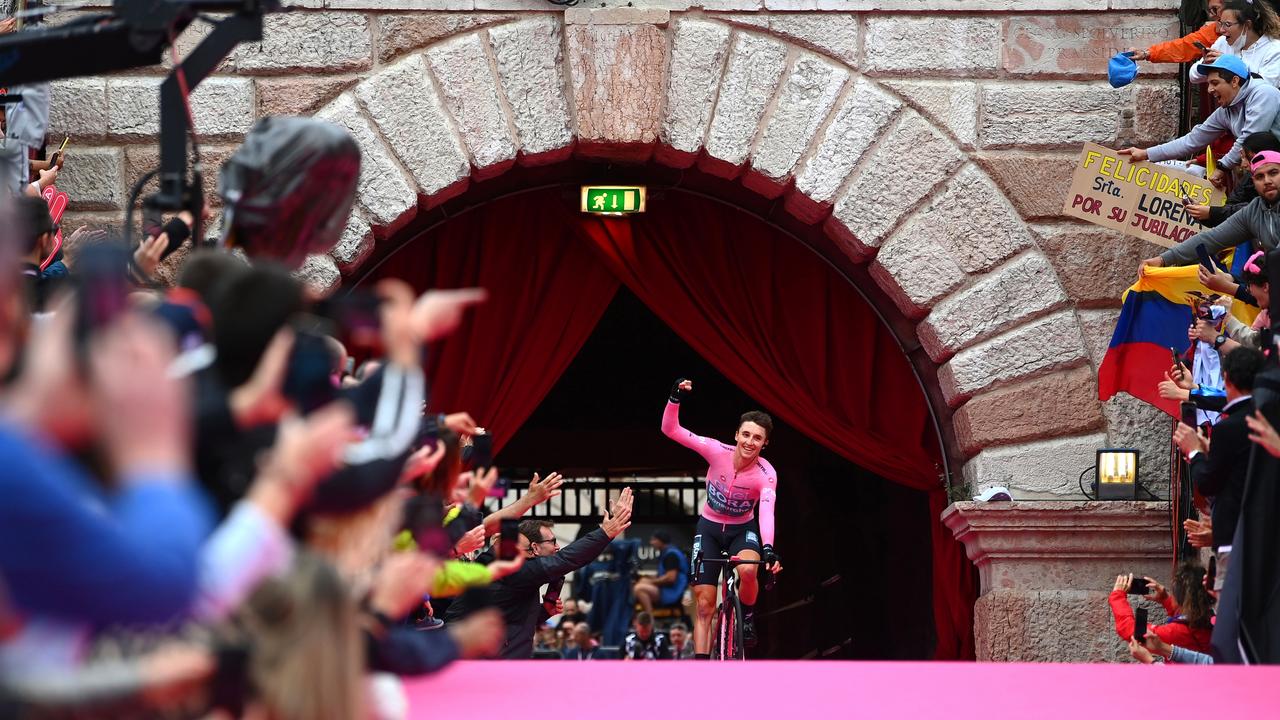 Leading by nearly a minute and a half going into the time trial, Hindley ended the Giro one minute, 18 seconds ahead of 2019 winner Richard Carapaz, despite finishing 15th on the day. Hindley can now forever put to rest the 2020 Giro d’Italia final stage nightmare that saw him pipped at the post*.

Making the victory even sweeter was the presence of Hindley’s parents, who he hadn’t seen in more than two years, last coming home to Perth from his Spanish base in February 2020 before heading back to Europe.

“I didn’t know that was the last time I was going to be back home for a couple of years,” Hindley told reporters after his win. Hindley embraces his parents, Gordon and Robyn, after becoming overall race winner. Based in Europe, regarded as the home of world cycling, Hindley last saw his family in Perth in February 2020 before Covid lockdowns fell across the globe. Picture: Tim de Waele/Getty Images

“Then a few days ago I found out that my parents were going to be coming to the finish and I was really blown away. To not see your parents for two and a half years is unbelievable.

“To have them at the finish in the (Verona Arena) today was special, really special. I think at the end of the year I’ll go home and savour every minute of it.

“It’s a beautiful feeling, really, a lot of emotions out there today. To take the win is really incredible.

“I’m really proud to be Australian and I’m going to take this one home.” The Australian flag is not a common sight on the podium at Grand Tour events. Only one other Aussie has ever won one: Cadel Evans also made history winning the Tour de France in 2011. Picture: Tim de Waele/Getty Images

Hindley’s time trial weakness cost him the overall victory at the death in 2020, having taken the pink jersey in that year’s 20th stage before being pipped in the final time trial in Milan.

He said that loss was in the back of his mind this time, but he would not be denied.

“I had in the back of my mind what happened in 2020 and I wasn’t going to let that happen again,” Hindley said.

“Last year was really, really hard and I really fought hard to be back here.

“But I didn‘t know I would be fighting for the win. To take the win is really incredible.”

Hindley said he might attempt this year’s Vuelta a Espana* and was also eyeing a place in the 2022 UCI Road World Championships, to be held in NSW in September. 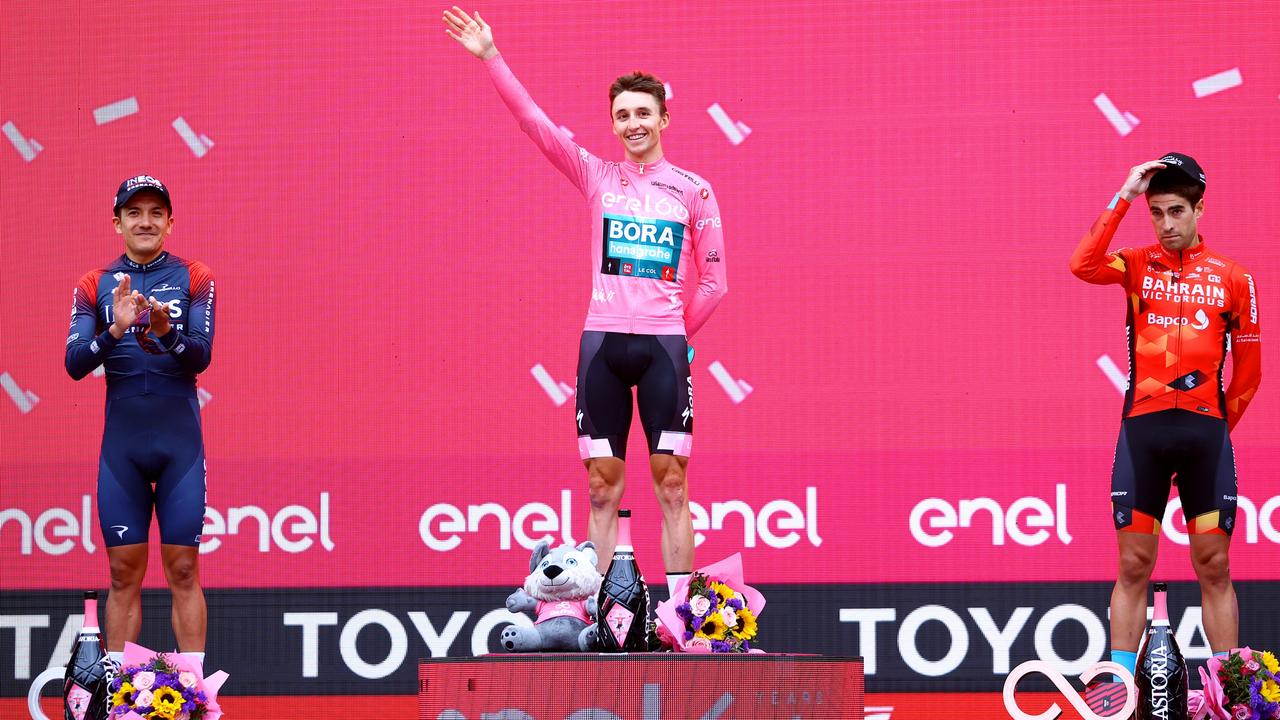 “I think it would be a great event and it’s not every day you get to do the worlds in your home country, especially when you’re from Oz,” he said. “I’m super keen to be in that team. I think after today I’ll take it easy for a bit … park up and just really savour the moment.” Hindley in the pink leader jersey, riding his way to victory on May 29 in Verona, Italy. Picture: Michael Steele/Getty Images

“Jai’s win is a great success and we are all very happy,” he said. “He has shown himself to be very strong during the three weeks and fulfilled all our hopes.

“It is our first overall victory in a Grand Tour and we are proud to have achieved this. The whole team worked well together and everyone gave their best every day to make this success possible.”

CLASSROOM ACTIVITIES
1. What is winning?
“Winning isn’t just about coming first”. Write sentences explaining if you agree or disagree with this statement. Use the story, and other examples that you know about, to give you examples and ideas.

2. Extension
Imagine that Kids News is going to give a Sportsperson of the Year award. Write a letter explaining why Jai Hindley deserves to be the winner.