Marcus Bontempelli of the Bulldogs after missing a set shot at goal during the Round 23 AFL match between the Richmond Tigers and the Western Bulldogs at the MCG in Melbourne, August 25, 2018. Picture: AAP

They are words football fans often yell at their favourite players when they have the yips — a sudden and unexplained loss of skill — in front of goal.

And the supporters may be right, according to a study.

Goal kicking is at a historic low in the AFL with only 51 per cent of set shots going through the big sticks* last year.

Now in an Australian first, Flinders University researchers are studying if improving players’ thought processes during set shots is the key to beating those goalkicking woes*.

As part of the study, senior and junior footballers were asked to verbalise* their thoughts during a set shot on goal and a player was kept on the mark to help create a competitive environment. Adam Treloar of the Magpies kicks a goal from a set shot during the Round 3 AFL match between the Carlton Blues and the Collingwood Magpies at the MCG in Melbourne, April 6, 2018. Picture: AAP

Many footballers were likely to focus on their goalkicking technique to improve accuracy but Dr Elliott said research was proving training the mind was just as important.

“In these self-paced moments, we would say that it’s (goal kicking) equally as much about the physical (processes) as it is about the cognitive*,” Dr Elliott said.

“We’re developing an association between an AFL players’ proficiency* in front of goal and the types of thought processes that will allow (them) to have increased success.”

He said understanding how the difficulty of a kick influences player thought patterns will help coaches know how to best train players to manage stress. 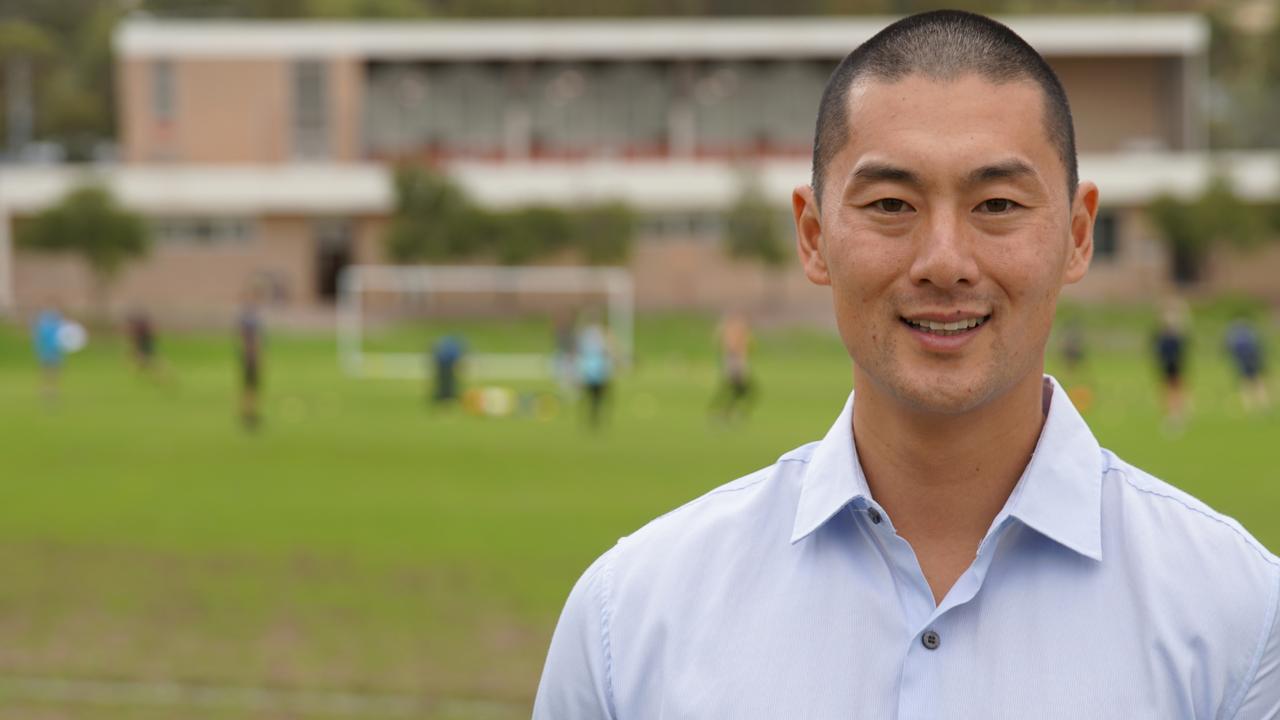 The study also found common thoughts players had while lining up for a set shot included self-doubt, mental readiness and reactive comments.

“I think it’s purely because of the pressure.

“I’m constantly thinking ‘don’t shank it*’ so I’m much better running into goal because I don’t break down my technique, it just happens naturally.

“I think the easier the shot, there’s more of an expectation that you have to kick it and I think more emphasis should be placed on the mental aspect of footy.” 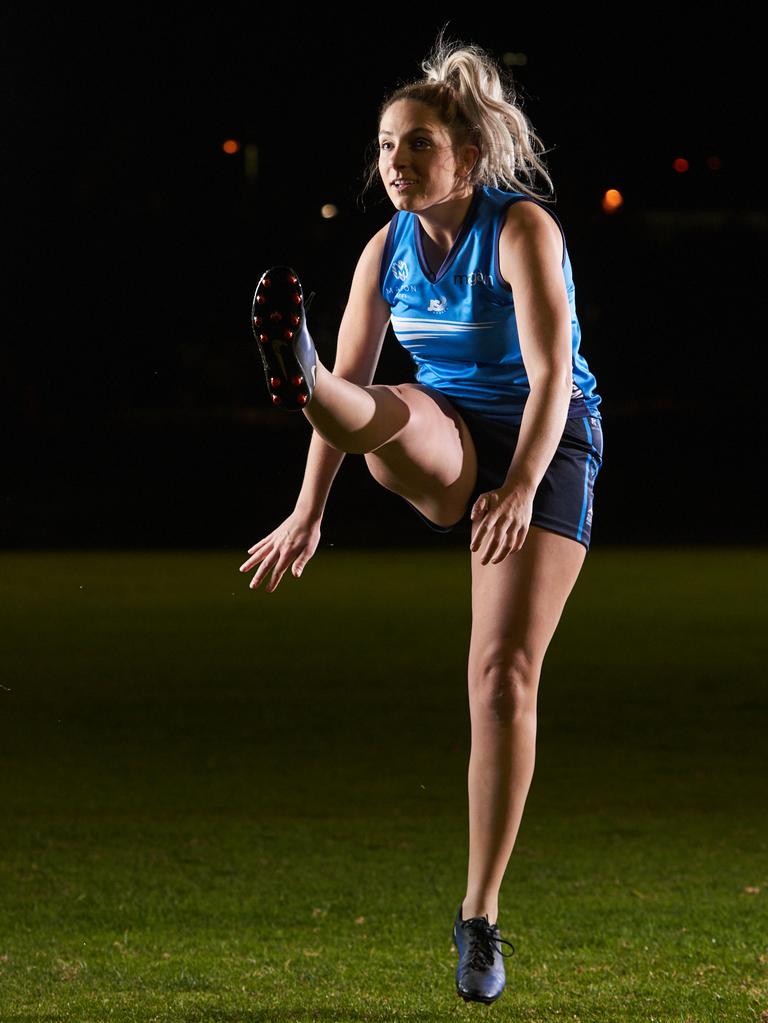 Dr Elliott’s team is hoping to secure funding to take the research to the next step, focusing on the thoughts of professional footballers and top juniors when they line up for goal. 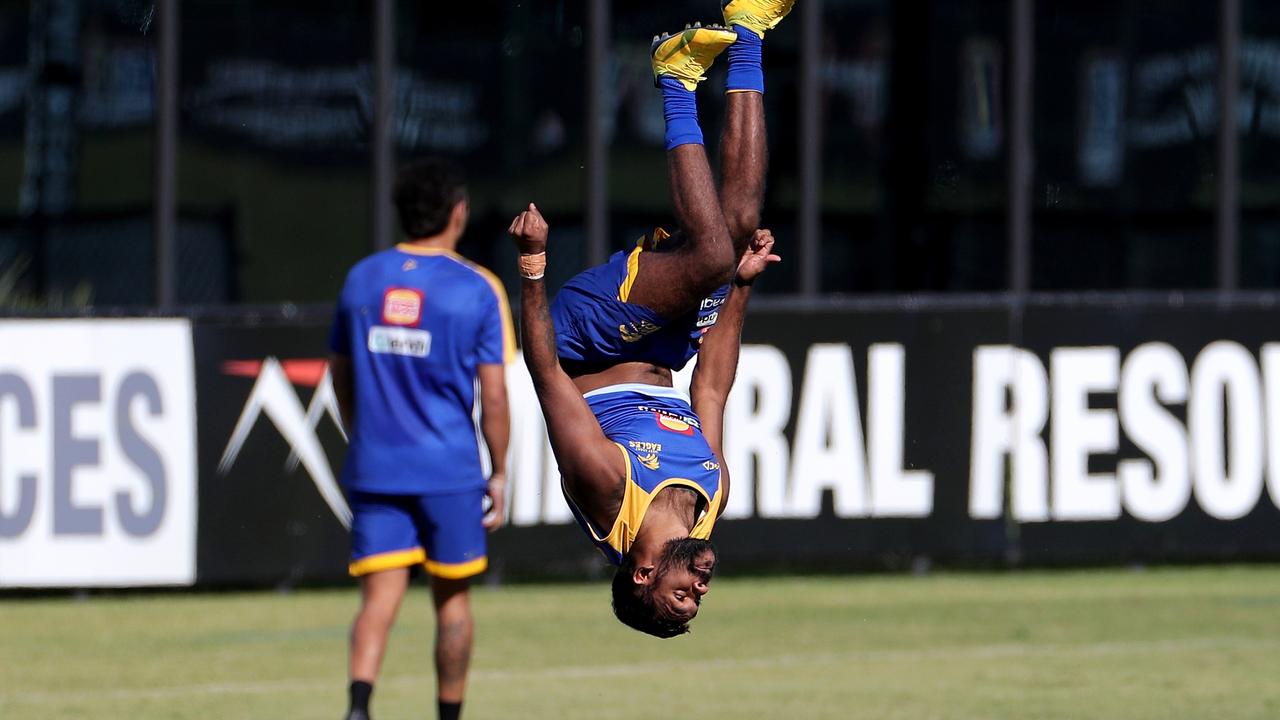 Liam Ryan performs a cartwheel into a backflip after kicking a goal during an AFL West Coast Eagles Football Club training session in Perth on June 3, 2020. Picture: AAP

2. Extension
Do you agree that training a player’s mind is just as important as their footy skills? Write a paragraph answering this question. Give specific reasons and examples to make your answer convincing!

HAVE YOUR SAY: Do you think your mind affects how well you play sport?
No one-word answers. Use full sentences to explain your thinking. No comments will be published until approved by editors.