Ellyse Perry says real belief in your abilities comes from inside you. Picture: Getty Images

Ellyse Perry is one of Australia’s greatest female cricketers. In her new autobiography*, she talks about how having dreams as a kid, being resilient* along the journey and how always believing in yourself and your abilities can help you reach the top.

DREAMS
I’ve lived a few dreams. Having the opportunity to represent my country in two sports (cricket and soccer) that I absolutely love, and to have been a part of it during an era* of such incredible progress, was impossible to imagine when I started out. I think, sometimes, all the little dreams you have, the ones you have day to day, can lead to a large, unfathomable* dream without you realising what’s happening.

A dream has to be realistic*. It has to be something you can actually do. Ellyse Perry of Australia celebrates scoring a century for Australia during a Test match against England. Picture: Getty Images

I dream of being a musician and playing live shows and having people weep because my songs mean so much to them. But that’s not a real dream, because I’m lucky to play Fre`ère Jacques on a school recorder, let alone play anything else. I’m lucky to sing without breaking the nearest window pane.

Dreams evolve naturally. You don’t have to have your life mapped out when you’re 15 years old. But once you’ve walked up to the starting line in a lot of different things, and once you’ve found the thing or things that you’re naturally passionate* about, you won’t be able to help dreaming.

And that’s when your life really begins.

You might end up living a dream that’s bigger and better than any of the dreams you’ve had along the way. 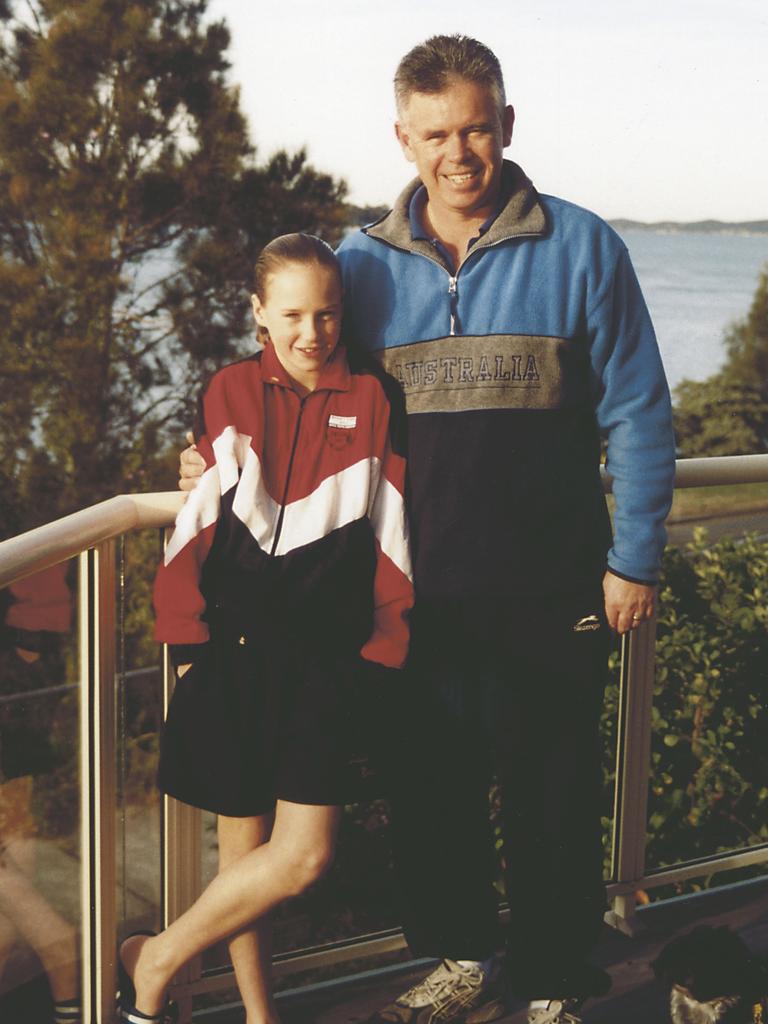 Ellyse Perry as a child.

RESILIENCE
Resilience*, for me, is the acceptance that not everything can happen perfectly, often far from it, and that challenges are a good thing, particularly in sport.

If problems turn up, it’s natural to think, why now? Why me? Things would be so much better without this.

Resilience is really all about your response. Instead of thinking something is a lost cause, it’s telling yourself, ‘No one can, or should, work harder for me than me’, so the solution is to give it your all and not give up.

If you need something to be fixed, there’s going to be a means to fix it out there, somewhere. You just have to be motivated enough to go looking for it, and content* enough with the fact it may take some time and you might have to do a lot of the heavy lifting yourself. Ellyse Perry says resilience is about how you respond to tough situations and how you find solutions.

It’s not necessarily about finding answers to big problems all the time either. It’s also about turning up each day and adjusting to things that don’t go perfectly to plan. In my opinion, the most resilient athletes are the ones you often don’t even realise are dealing with and fixing problems all the time – with barely a chink* in their armour, they adjust and get on with things, knowing that ultimately* they’ll be better for it.

Resilience in sport means that you have to take responsibility for yourself, your performance, your preparation and, in a broader sense, what it is that you want to be your impact on the sport and the people you play and work alongside. I think we all have visions of how things will pan out – the best-case scenarios* and smooth-sailing circumstances that lead to success. The percentage of times things actually play out like that, though, would be very low, and probably very boring if it did go that way, too.

BELIEF
This word means everything to me. There’s a song I listen to that describes belief as a beautiful armour. As something that makes anything possible. What can take us to where we want to go? Belief can. What can give us the confidence and strength we need? Belief can. I’ve played it on the way to matches for as long as I can remember. That one word – belief – grabs me.

It started when I was playing soccer for Australia. We were away with the Matildas in Vietnam. We were on our way to the stadium and I had my iPod on shuffle and this song came on. The chorus just hit me.

The whole notion of belief, for me, is to have a deep-seated* confidence in yourself.

Belief isn’t expressed arrogantly*. It’s not about drawing attention to yourself or showing off or rubbing other people’s faces in it when you win.

Belief is what is inside you.

Belief doesn’t depend on what a scoreboard says. Belief doesn’t disappear because you’re nervous or you’re in a form slump*. Confidence can come and go, and it definitely has for me over the years, but belief is more important.

There’s only one person who needs to know it’s there. Me. 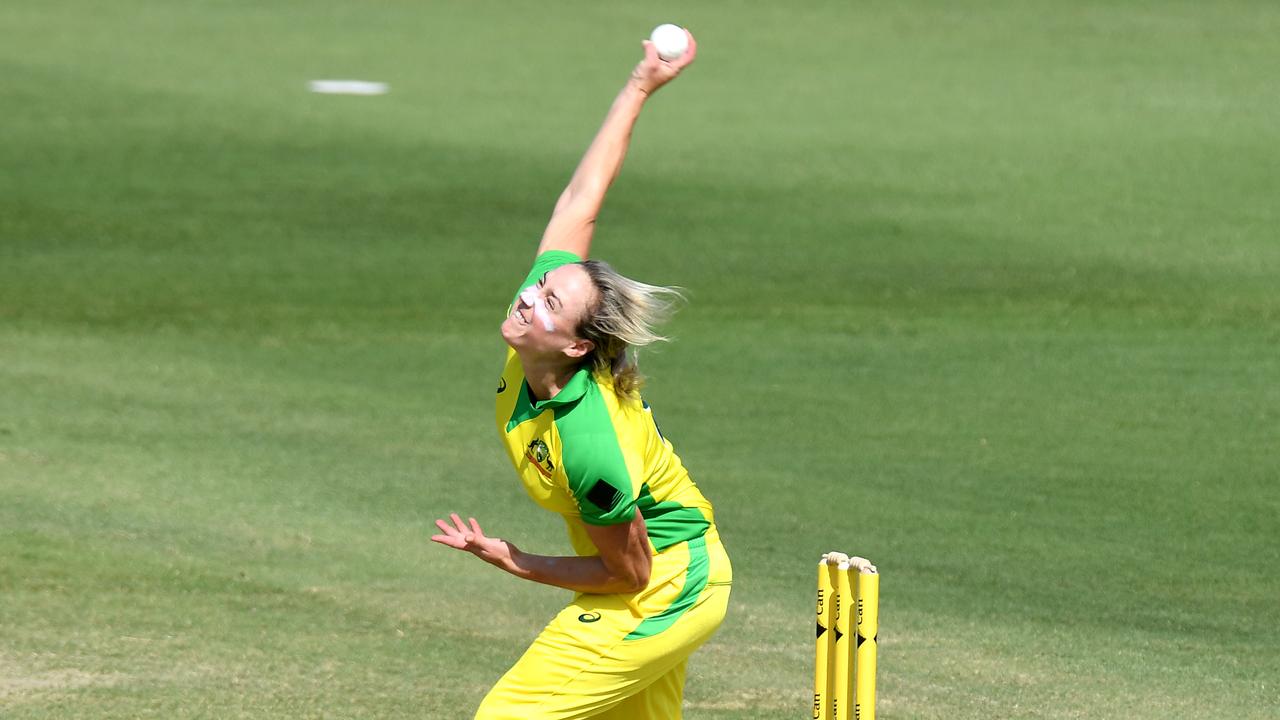 Belief doesn’t sit on the surface. Belief is what gets you through the toughest moments. You can probably fake confidence, but you can’t fake belief. I often think that you can intuitively* tell when someone has belief. It’s in the way they carry themselves, the way they respond to every little situation, this look in their eyes that says I know I can do this. Once you have belief, you’re never really beaten.

You may lose a match or make a duck or bowl rubbish and it may not be your particular day, but if you have belief you know it will swing your way again, soon. Confidence can be fleeting*. Real belief is always there. I think of the difference between belief and confidence like the difference between peace and happiness. Peace is deep and meaningful and immovable. Happiness is one of the things that stems from it, but you know those highs aren’t always going to last.

When you believe you can, you really can. * This is an edited extract from Perspectives, by Ellyse Perry. Published by HarperCollins Australia and on sale now.

CLASSROOM ACTIVITIES
1. Reach for the top!
Ellyse Perry talks about three key qualities that she believes contribute to her success. Read through how she describes each one and summarise her explanation for each one into one or two sentences.

With a partner, discuss what other qualities you think will help you reach the top in a sport or career of your choice. You can choose different careers or sports to base your qualities on. Make a list of these qualities (one list between you). Now compare these qualities with the ones Ellyse Perry has discussed. Are there any the same? Or are they closely related? Are there any vastly different?

2. Extension
Which qualities would be your top three to help you reach the top in your chosen career/sport?

You may choose the same as Ellyse Perry or select your own. Use these three qualities and create a logo/slogan that includes a phrase/statement that might inspire someone to ‘Reach for the Top’.

For example: on a picture of a staircase or ladder… write – Steps to success DREAM it, BELIEVE it and WORK HARD for it.

Your picture should be simple so that the words stand out and the message is clear.

HAVE YOUR SAY: Do you have a dream you are passionate about achieving? What is it?
No one-word answers. Use full sentences to explain your thinking. No comments will show until approved by editors.