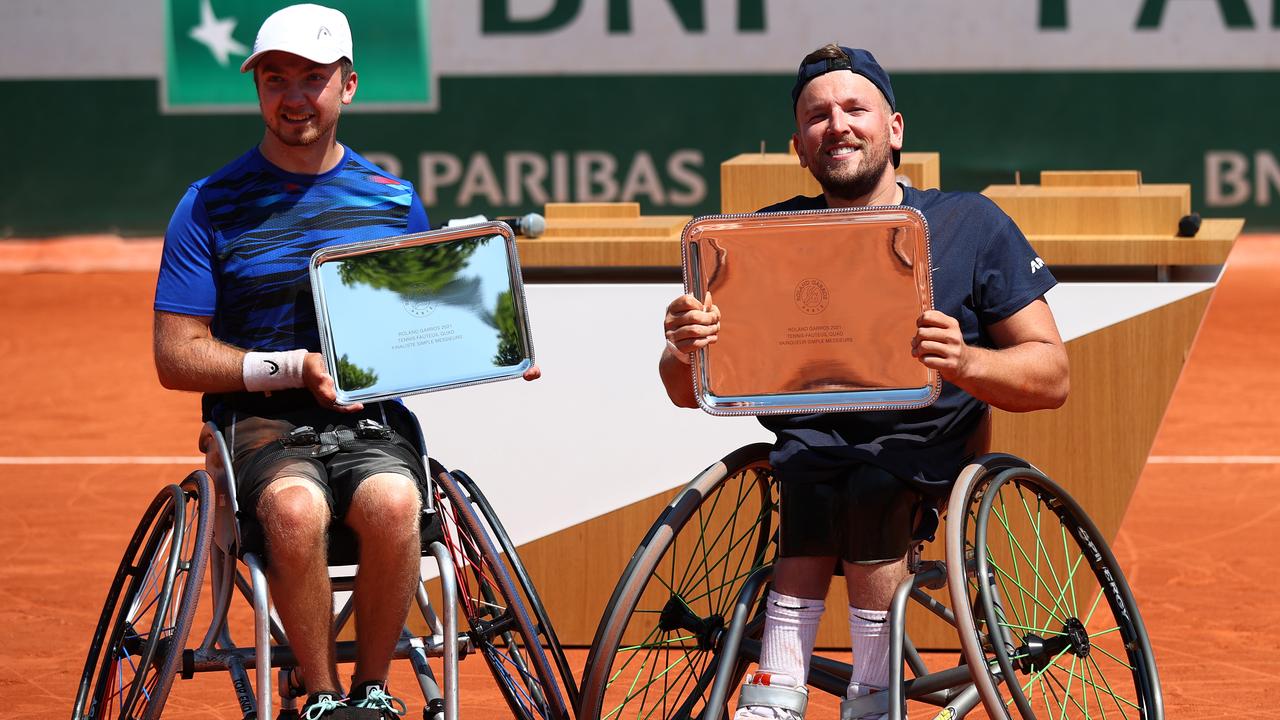 Australia’s Dylan Alcott (right) poses with runner up Sam Schroder of the Netherlands after the men’s quad wheelchair final of the 2021 French Open at Roland Garros on June 07, 2021 in Paris, France. Picture: Julian Finney/Getty Images.

The victory was Alcott’s 13th career Grand Slam, after defeating 21-year-old Dutchman Sam Schroder 6-4 6-2, in a repeat of this year’s Australian Open final.

Alcott, 30, fell back 3-1 in the opening set before storming to a straight-sets win.

A long way from the Melbourne lockdown, Alcott paid tribute* to his home town. He also declared* this latest win special, given current world circumstances.

“It’s been really hard for everyone all around the world … to my loved ones in Melbourne, I hope you are OK,” Alcott said. Alcott said that he doesn’t know how much longer he has left at the top of the game.

“To Roland-Garros*, thanks for supporting us, thanks for having court tennis here,” he said.

“I don’t know how many more I’ve got left in me, so every time I come on this court I feel really blessed to be here.”

At just 30, Dylan is a seasoned veteran. His impressive stats as one of Australia’s most successful athletes speak for themselves.

A wheelchair basketball gold medallist at the Beijing 2008 Paralympic Games, Alcott realised his dream of winning a second Paralympic gold medal in another sport when he switched to tennis and he and quad doubles partner Heath Davidson won at the Rio 2016 Paralympic Games.

In June and July 2020, he became the first quad singles player to win the French Open and Wimbledon. Next stop: the Tokyo Paralympic Games. 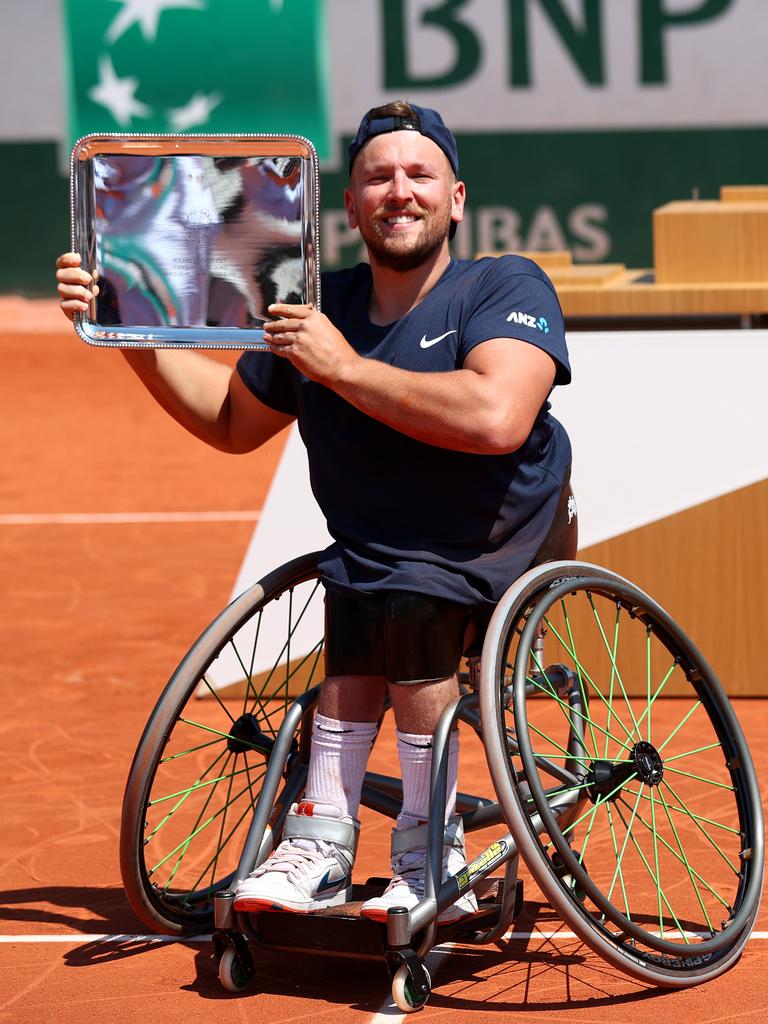 Star power
Alcott had to make extra room in a crowded trophy cabinet when he became the first Paralympian to score a coveted Silver Logie at Australia’s top TV awards. He won the Most Popular New Talent gong in 2019 for the ABC series The Set CLASSROOM ACTIVITIES
1. Design a Banner
Think about what makes Dylan a great hero or role model. Write a paragraph explaining why he should be on every kid list of heroes or role models.

2. Extension
What do you think Dylan’s favourite quote – ‘You’ve got to buy a ticket to win the raffle’ – really means? Write a story that will help other kids to understand the message behind the quote.

You could easily turn the fast facts into a character bio and include a picture. In fact, that’s what we want you to do but make it all about you or another member of your family.

Use similar subtitles as the article: