David Teague will be formally announced as the new full-time head coach of AFL club Carlton today, completing a stunning rise for him in the coaching ranks.

Teague, 38, was given almost no chance of taking over from the sacked Brendon Bolton when he first stepped into the temporary role after Round 11.

But the team’s on-field success that has seen the Blues win five of their past nine games — and the enthusiastic backing of the playing group including skipper Patrick Cripps — has won over the coaching selection panel.

Teague is understood to have signed a three-year deal. CRICKET: Day one of the second Ashes Test has been washed out without a ball being bowled at Lord’s.

The match will now be restricted* to four days, with Australian coach Justin Langer confirming fast bowler Josh Hazlewood will play and Mitchell Starc will be 12th man.

“He’s got an outstanding record,” said Langer of the 28-year-old Hazlewood, who has taken 164 wickets in 44 Tests at an average of 27.14 runs but who was sidelined* with a stress fracture in his lower back earlier this year.

Why Pattinson needs the rest Farmer’s ruckwork and creative use of the long handball were considered revolutionary* during his 101-game career with the Geelong Cats from 1962-67 — including a key role in the 1963 premiership — and a long career in the WA Football League with East Perth and West Perth.

Farmer also coached the Cats in the Victorian Football League from 1975-77 and at both West Perth and East Perth.

Farmer was an inspiration for generations of indigenous* footballers. He was named as first ruck in the AFL Team of the Century and in the same position and as vice-captain in the Indigenous Team of the Century. Farmer was one of the first 12 Legends named when the AFL Hall of Fame was set up in 1996.

AFL chief executive Gillon McLachlan said the game had lost one of its greatest players.

“At every point of his career, his teams found success on the field, thanks largely to his dominance that built a record that few players could ever hope to match,” Mr McLachlan said. 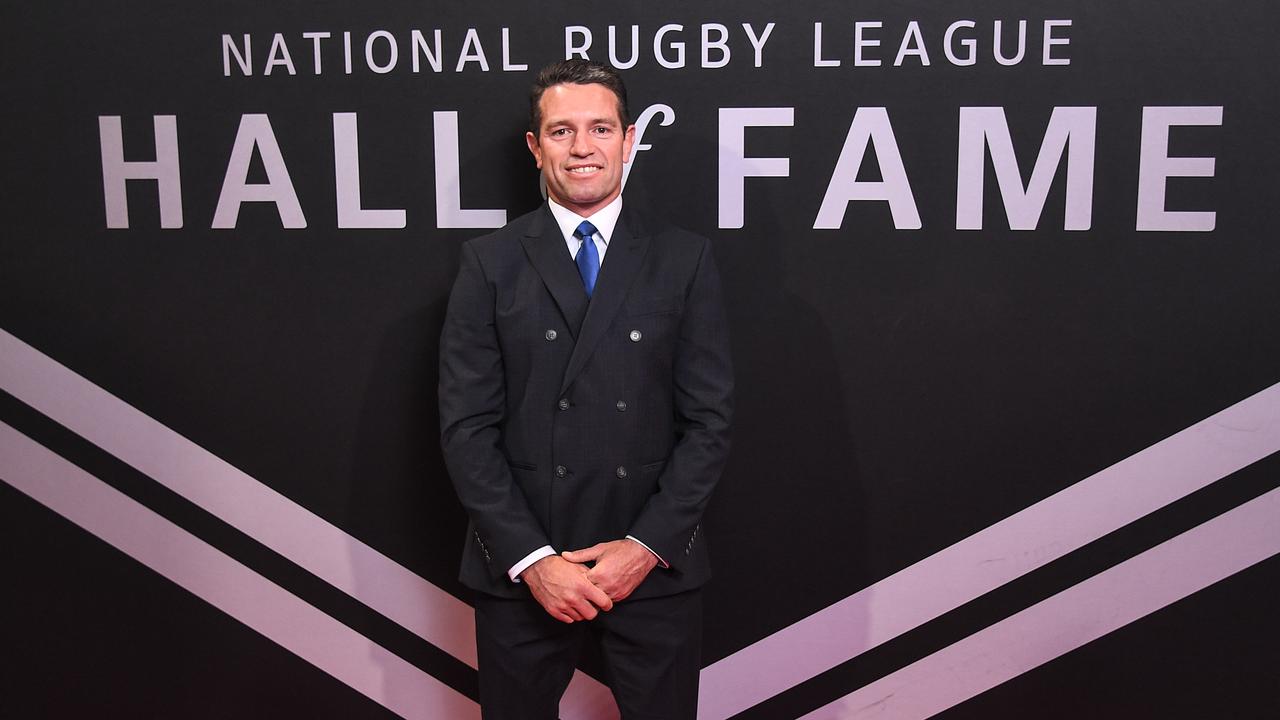 NRL: Danny Buderus has called his Hall of Fame selection as the greatest individual honour of his career after being inducted* alongside six others on Wednesday night.

Ruben Wiki, Stacey Jones and Craig Young and contributors JJ Giltinan, Ray Warren and Peter Frilingos were honoured along with Buderus at the Carriageworks in Sydney.

Buderus was presented his jacket by Immortal* Andrew Johns with whom he formed arguably the greatest hooker-halves combination of all time at Newcastle.

“From an individual point of view you can’t get much more,” Buderus said. “No one sets out to make a Hall of Fame. It’s an award that comes along at the end of your career.

“Just walking in the room you straight away felt you were in a room of greatness. It’s an amazing feeling to know I am wearing a blazer like those blokes.”

CLASSROOM ACTIVITIES
1. Hall of Fame
Think about an activity you do at school regularly. It could be down ball, football or hopscotch. Now think about the players who play with you.

If you were to induct three players into the Hall of Fame for your activity, who would they be?

Write a list of inductees and one paragraph on why you think they deserve to be inducted. Include details such as their skills, their behaviour and whether they are a role model for others.

2. Extension
Draw a logo for your Hall of Fame. Include elements of the activity (such as a football or bat etc) in the imagery along with the words Hall of Fame.

HAVE YOUR SAY: Is David Teague a good appointment as Carlton coach? Why or why not?
No one-word answers. Use full sentences to explain your thinking. No comments will show until approved by editors.