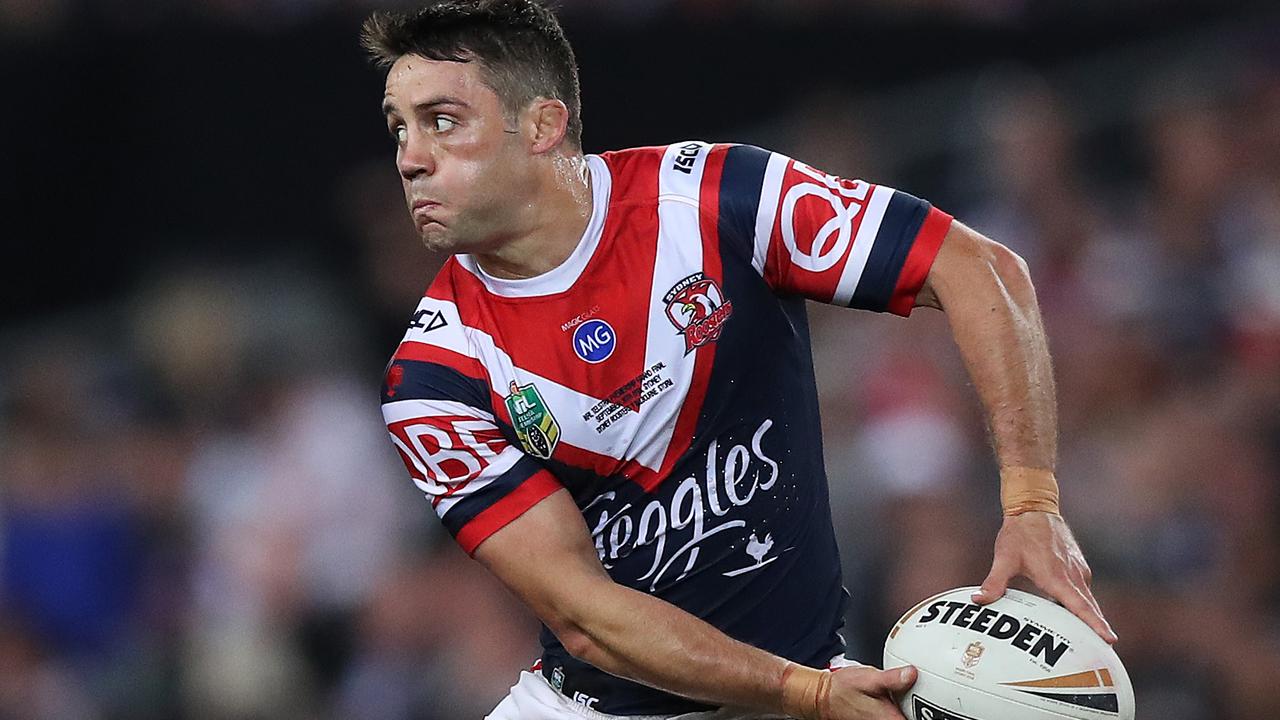 Champion halfback Cooper Cronk will retire from the NRL at the end of the season.

Cronk has played 360 NRL games, represented Australia in the Kangaroos side 38 times and worn the Queensland jumper in 22 State of Origin matches.

Yesterday at a press conference to announce his move, Cronk simply said: “It’s been a hell of a ride” when talking about his career. 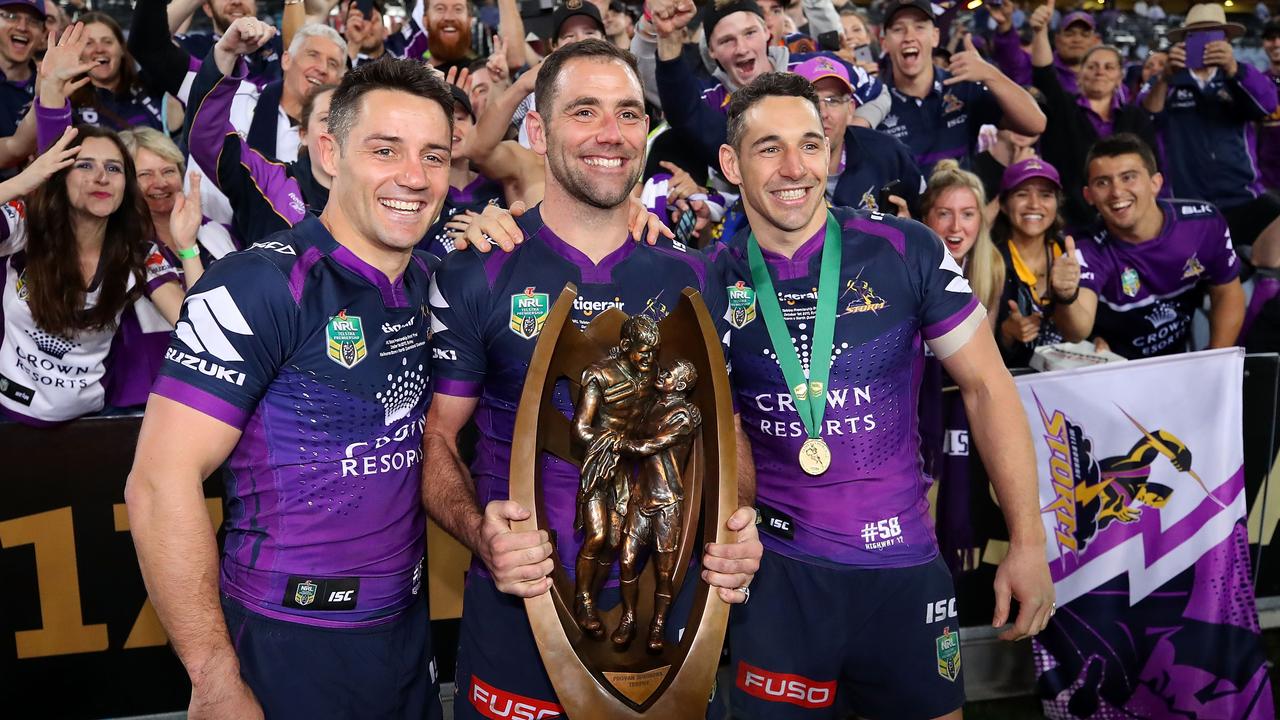 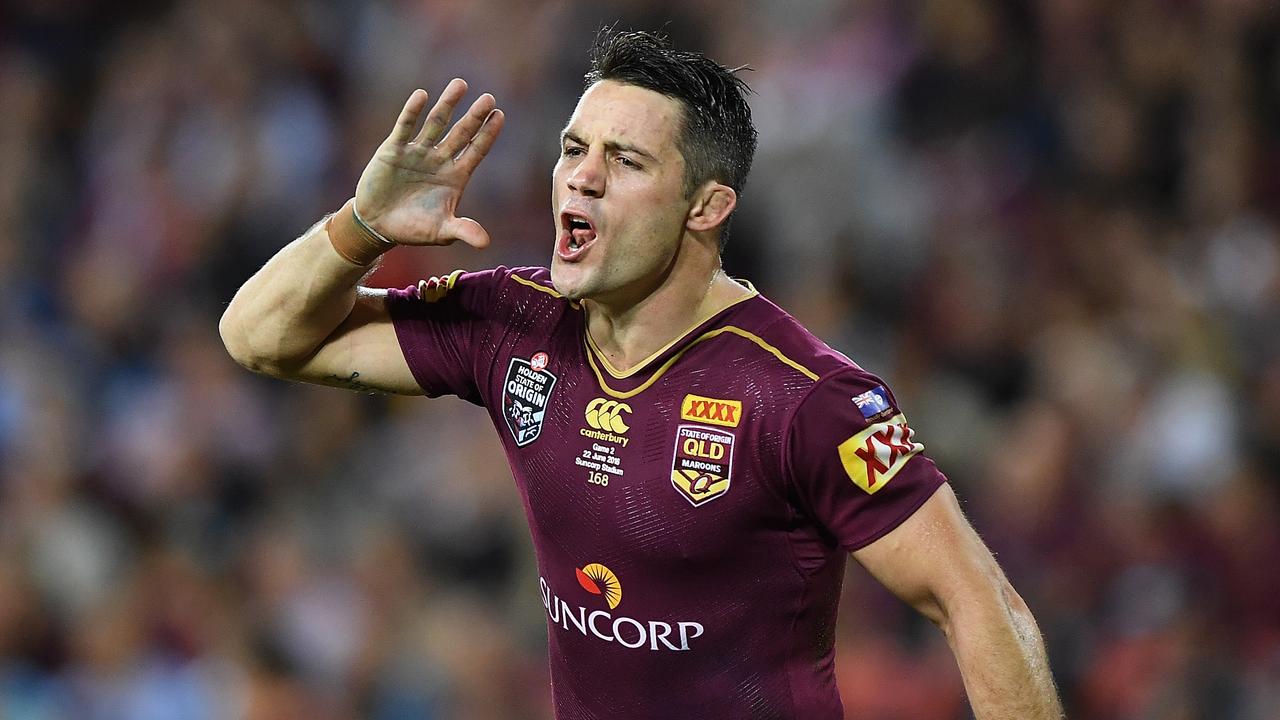 Cronk kicked off his NRL career with Melbourne in 2004 and played 325 games for the Storm, winning four grand finals including his final game for the club in 2017.

He quit Melbourne Storm in 2017 before steering the Roosters to victory in last year’s grand final, amazingly with a fractured* shoulder. 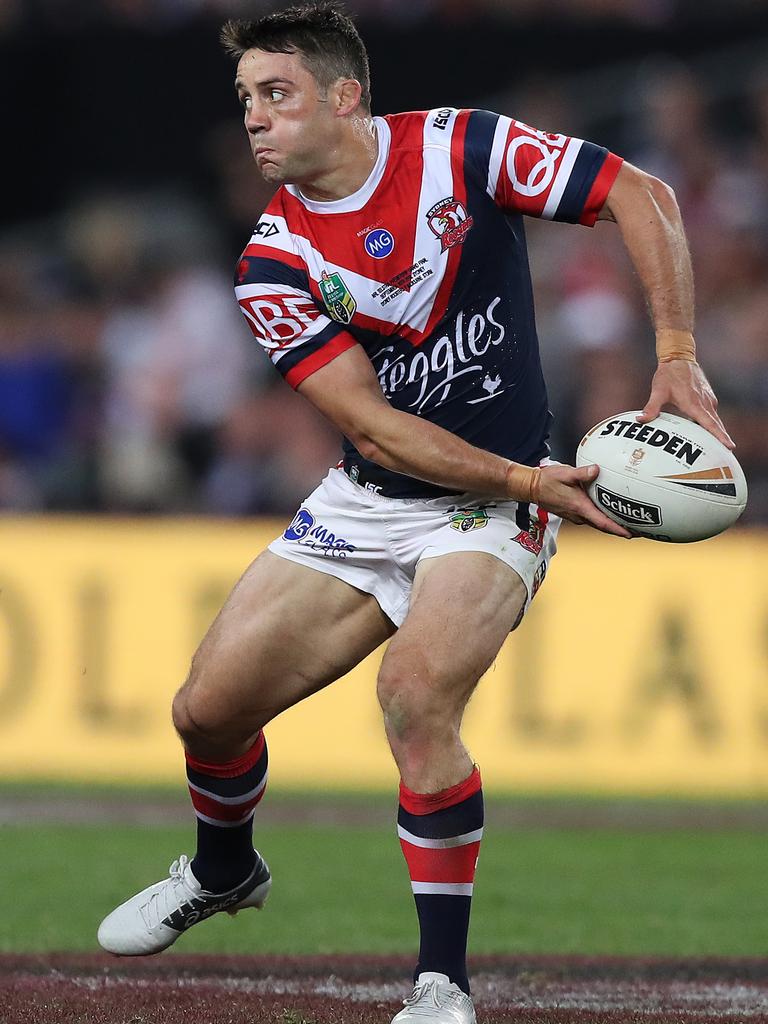 Cooper Cronk passes during the 2018 NRL Grand Final. He played with a broken arm in this match. Picture: Brett Costello 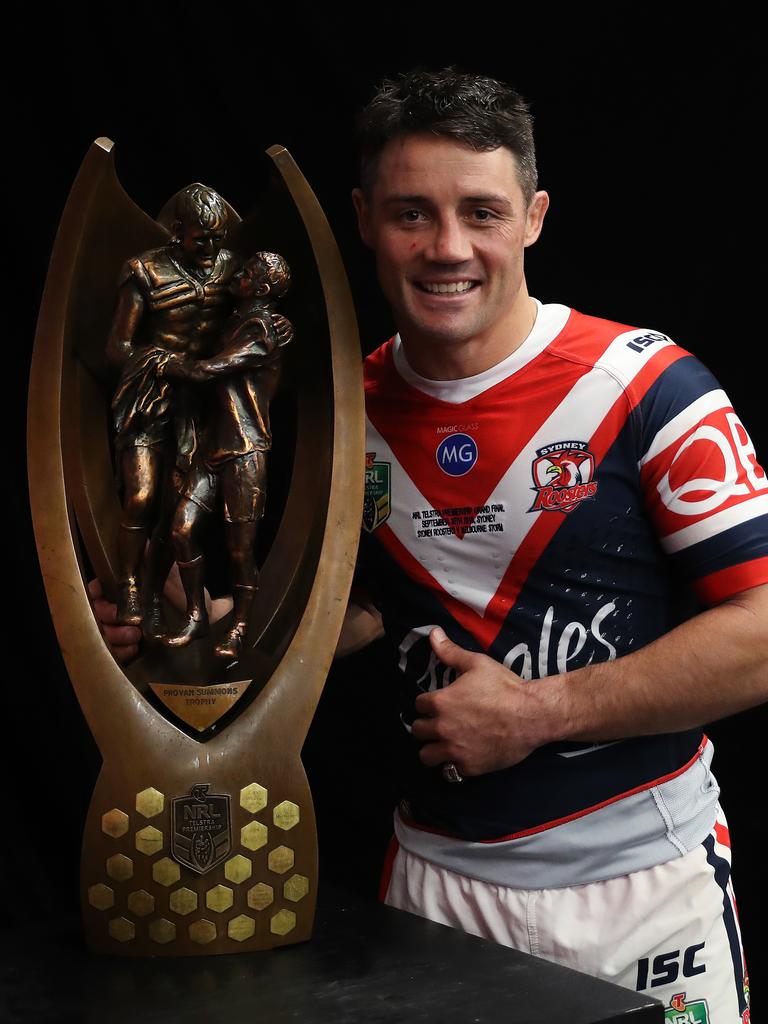 Roosters player Cooper Cronk with the premiership trophy, and a broken arm, after the 2018 NRL Grand Final against his old side Melbourne Storm. Picture: Brett Costello

His high-profile switch to the Roosters in 2018 had instant rewards as he became the first player to win back-to-back titles* with two different clubs in the NRL era*.

Cronk is likely to stay on at the Roosters in a mentoring/coaching role.

Cronk paid tribute to both Storm and the Roosters yesterday.

“I just really appreciate everything Melbourne Storm has done for me. I moved down there as a kid with just an opportunity,” Cronk said.

“There are not too many people I respect more than (coach) Craig Bellamy. I think fondly about our mateship. He is a mate first and a coach second. In terms of football the work ethic, the humility*, the dedication and just what it takes to make it — he taught me that.

“To the Roosters organisation, I thank you very much. This club has … a lot of heart and a lot of soul.”

CLASSROOM ACTIVITY
1. Describe Cooper
Read the story about Cooper Cronk and find 10 adjectives that you think describe him best. You can use the words and images to find your adjectives.

HAVE YOUR SAY: Cooper Cronk is often described as one of the NRL’s greatest ever players. Do you agree or disagree?
No one-word answers. Use full sentences to explain your thinking. No comments will show until approved by editors.