CRICKET: Virat Kohli’s classy century* and continuing talk about his dismissal* were the big highlights of a drama-packed third day of the second Test in Perth, where Australia hold a 175-run lead after finishing at 4-132.

Kohli, who marched to the crease* on Saturday with India in deep trouble at 2-8, outclassed Australia’s bowling attack with a steady knock of 123 to help India post a first-innings total of 283.

Watch the video of Kohli’s dismissal. Was it a catch?

But his loss of wicket caused controversy*.

Third umpire Nigel Llong watched every angle of Peter Handscomb’s slips catch to see whether Kohli’s edge had carried or had hit the ground.

In its second innings, Australia lost 4-61 in the final session before Usman Khawaja and Tim Paine, unbeaten on 41 and eight respectively, prevented a more-dramatic collapse. SOCCER: Tony Popovic’s dream start with Perth Glory continued yesterday with the West Australian side back on top of the ladder and the only unbeaten club after a 2-0 away victory against Newcastle Jets.

“We have a chance to challenge this year and we’re showing that at the moment, we’re good enough to challenge,” said Popovic, in his first season as Perth coach.

The Glory (20 points) overtook Melbourne Victory, who enter round nine’s derby against Melbourne City in second spot with 18 points. The 31-year-old recorded figures of 5-61 from 34.5 overs — his 14th Test career five wicket bag — with the pair now both having seven five-wicket hauls* against India in Test cricket. 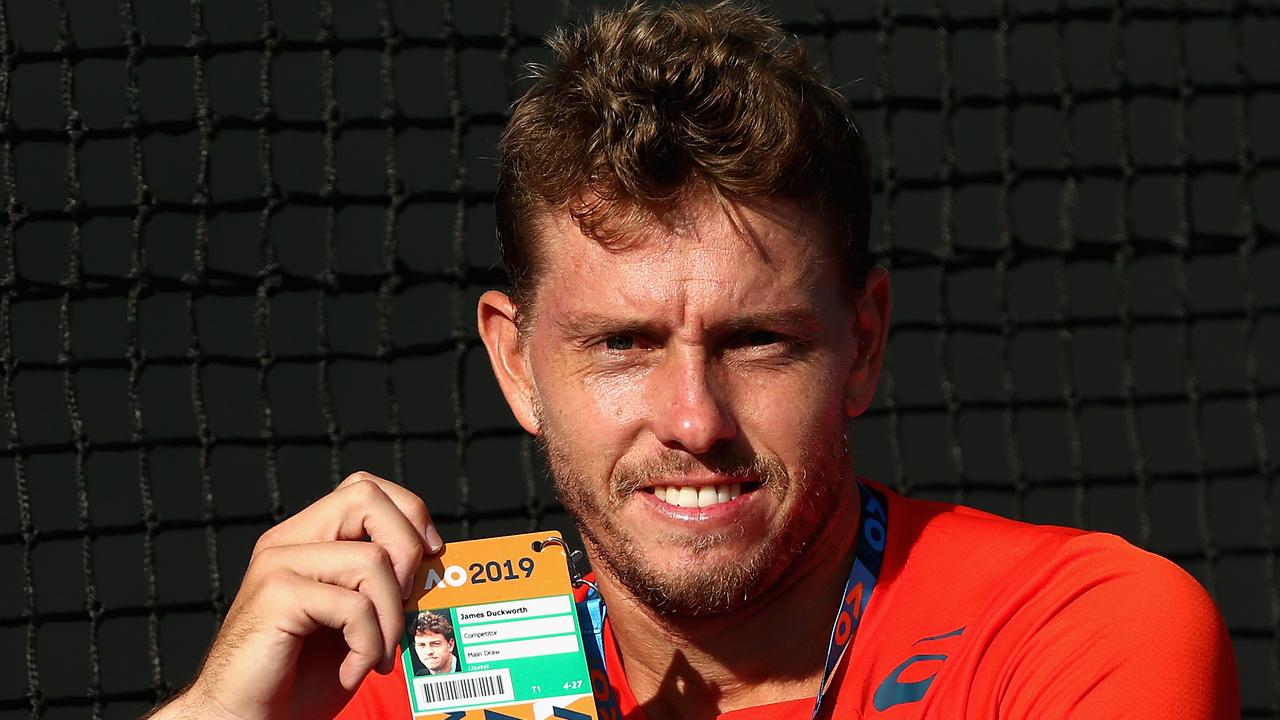 TENNIS: Australian James Duckworth will return to the Australian Open main draw after he defeated his best mate Luke Saville in the wildcard* playoffs.

Duckworth, seeded third, endured a fierce 6-3 5-7 7-5 7-6 (7-2) challenge from Saville on Sunday. The victory at Melbourne Park assures injury-plagued* Duckworth a main-draw entry and a guaranteed singles prizemoney cheque of at least $50,000. AFLX: FOUR of the game’s biggest names — including two Brownlow medallists — will hand-pick teams at a live draft with the format of the new-look AFLX confirmed.

Adelaide star Eddie Betts will lead the Deadlys, an all-Aboriginal and Torres Strait Island side in the event, which will see four teams face-off in one night of competition on February 22 at Marvel Stadium.

Patrick Dangerfield, Nat Fyfe and Jack Riewoldt will lead the three other teams, named the Bolts, Flyers and Rampage.

A live draft will be held in early February, with the four captains having a group of 100 players to select from.

HAVE YOUR SAY: Do you think Virat Kohli was caught by Peter Handscomb or did the ball hit the ground?
No one-word answers. Use full sentences to explain your thinking.