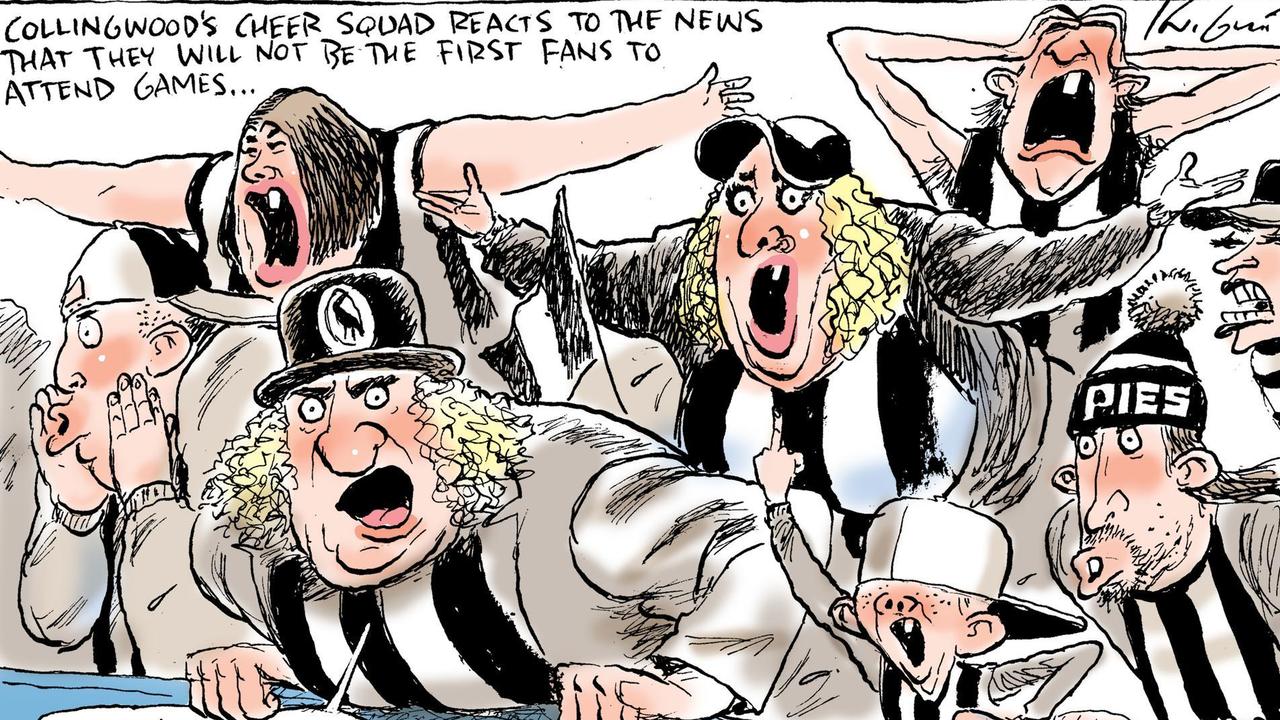 Life is slowly returning to normal after the coronavirus lockdowns.

Most of you have returned to school and businesses such as restaurants and hotels are reopening.

Major sports are coming back such as the National Rugby League and the AFL. The original plan was for these competitions to play their games in front of empty stadiums. Fans of the footy codes would have to watch their games on television at home. For a sports-starved nation, watching matches on the TV was at least something!

But due to Australia’s success in containing COVID-19, it was decided in some states that small numbers of spectators would be able to attend games. The AFL announced that in Adelaide the game between the Crows and Port Power would admit* a few hundred spectators in specific areas.

This was a breakthrough for the return to normal life and a big story in the sport’s world. Football just isn’t the same without the sound of tens of thousands of spectators madly screaming for their side! This was a good topic for my daily cartoon in the Herald Sun.

When it comes to AFL spectators, there is one particular group that springs to mind immediately. A standout, who I love to draw and have done so for decades. That is the Collingwood cheer squad.

Cheer squads are the hardcore* supporter groups that sit behind their team’s goals at games and barrack for their side very enthusiastically. Collingwood supporters are a unique collection of fans and are often caricatured* in the media for their working class roots, levels of education, family history and dental hygiene. It’s all in good fun and part of the wonderful tribalism* that is Australian Rules Football. And it makes for wonderful cartoons!

Upon hearing that Crows and Powers supporters would be the first spectators reintroduced to games I immediately wondered how the Magpie Army, (a term for the Collingwood supporter base because there are so many of them) would react? With disappointment was my guess! So my idea was to capture this moment in a cartoon. One of the most important tools for a cartoonist is understanding body language. The poses that people display in reaction to something speak louder than words. If you watch spectators at the football, they display many body language signals during the game. A player misses an easy shot at goals and we see people with heads in hands. An umpire makes a controversial* decision and we see spectators standing with their arms outstretched in amazement.

And the facial expressions that go with all these poses speak volumes*!

So my plan was to just start sketching and creating characters for my Collingwood cheer squad, all of them with those unique branding* characteristics* we mentioned before, and displaying some of the body language we might see at a game when an umpire’s call goes against their side.

Front and centre of the drawing is a caricature of the actual leader of the cheer squad, a fellow by the name of Joffa. And he is delivering the caption punchline, questioning why they weren’t the first spectators to be chosen. “What’s wrong with us?”

The reader of the cartoon will be the judge of that!

Swapping footballers is a game for all ages

VCOP ACTIVITY
Describe It
Look at the cartoon and make a list of 5 nouns that you see. Then describe each of those 5 nouns with 5 adjectives.

HAVE YOUR SAY: Who do you barrack for in your favourite sport?
No one-word answers. Use full sentences to explain your thinking. No comments will be published until approved by editors.